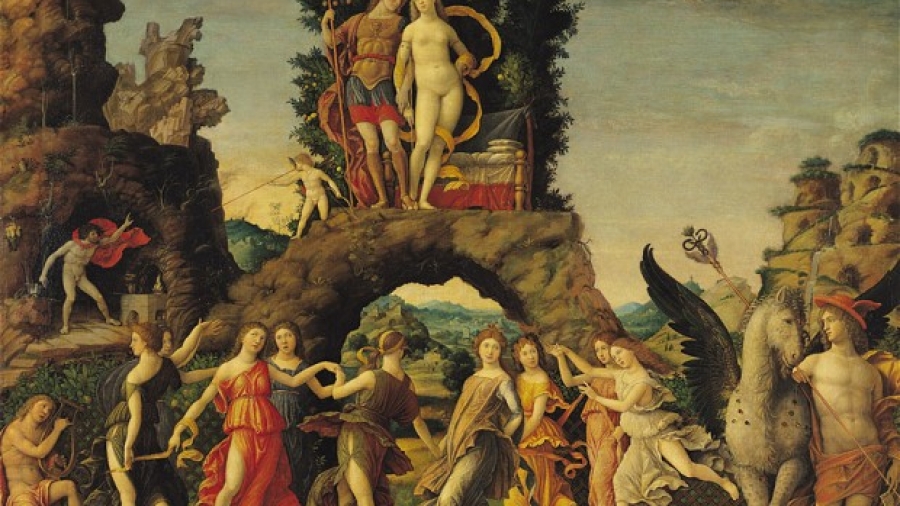 The list that follows is suggested by Watkins’ staff and only represents a small cross section of what we have on offer, and should make for a good introduction to the section in its various aspects – metaphysical, spiritual, mythological, whimsical…

William Burroughs, Naked lunch
Needs little introduction, as one suspects anyone interested in the less ordinary will have come across this classic, if not the book, the horrifying and by turns brilliant David Cronenberg film, that was inspired by rather than based on this book. It’s easily the best example of Burroughs’s work with the cut up technique – i.e. the book is written as series of routines, then cut up and arranged in a seemingly random order. It holds together despite this, story lines intersect, and die down, inter-sped with poetic passages and darkly humorous routines, moving at the speed of the human stream of consciousness.

Mikahil Bulgakov, The Master and Magarita

Mikahil Bulgakov, The Master and Magarita
In this imaginative extravaganza the devil, disguised as a magician, descends upon Moscow in the 1930s with his riotous band, which includes a talking cat and an expert assassin. Together they succeed in comically befuddling a population which denies the devil’s existence, even as it is confronted with the diabolic results of a magic act gone wrong. This visit to the world capital of atheism has several aims, one of which concerns the fate of the Master, a writer who has written a novel about Pontius Pilate, and is now in a mental hospital.

Italo Calvino, The Complete Cosmicomics
The Cosmicomics tell the story of the history of the universe, from the big bang, through millennia and across galaxies. It is witnessed through the eyes of ‘cosmic know-it-all’ Qfwfq, an exuberant, chameleon-like figure, who takes the shape of a dinosaur, a mollusc, a steamer captain and a moon milk gatherer, among others. This is the first complete edition in English of Italo Calvino’s funny, whimsical and delightful stories, which blend scientific fact, flights of fancy, parody and wordplay to show the strangeness and the wonders of the world.

The Pilgrimage: A Contemporary Quest for Ancient Wisdom, 1997

Paulo Coelho, The Pilgrimage: A Contemporary Quest for Ancient Wisdom, 1997
In this gripping story, Paulo Coelho is on a quest for the ultimate in self-knowledge, wisdom and spiritual mastery.
Guided by his mysterious companion Petrus, he takes the road to Santiago, going throush a series of trials and tests along the way–even coming face to face with someone who may just be the devil himself. Why is the road to the simple life so hard? Will Paulo be strong enough to complete the journey towards humility, belief–and faith?

Umberto Eco, The Book of Legendary Lands
From Homer’s poems to contemporary science fiction, literature through the ages has continuously invented imaginary and legendary lands, projecting there all those wishes, dreams, utopias and nightmares that are too intrusive and challenging for our limited daily reality. Umberto Eco leads us on an illustrated journey through these distant, unknown lands: introducing us to their inhabitants, their heroes and villains, the passions and preoccupations that shaped them, always mindful of the continued importance of myth and legend to modern life and conciousness.

Kahlil Gibran, The Prophet
First published in the 1920s, this book attempts to provide the reader with a guide to living. Gibran lets his protagonist, called simply the prophet, deliver homilies on a variety of topics central to daily life: love marriage and children, work and play, possessions, beauty, truth, joy and sorrow and death.

H. P. Lovecraft, The Lovecraft Anthology, Vol.1
A graphic rendering of some of H.P Lovecraft’s best short stories. This book is a fun read for anyone already familiar with the world of Lovecraft and his “weird tales” – What is at the foreground here is the vision of the illustrating artist – but even with economical text, the comics are true to Lovecraft’s original tone, and bring the hideous often indescribable horrors of the original tales to life.

Alejandro Jodorowsky, Spiritual Journey of Alejandro Jodorowsky: The Creator of El Topo
Jodorowsky’s spiritual quest began with the Japanese master Ejo Takata, the man who introduced him to the practice of meditation, Zen Buddhism and the wisdom of the koans. Yet in this autobiographical account of his spiritual journey, Jodorowsky reveals that it was a small group of wisewomen, far removed from the world of Buddhism, who initiated him and taught him how to put the wisdom he had learned from his master into practice. At the direction of Takata, Jodorowsky became a student of the surrealist painter Leonora Carrington, thus beginning a journey in which vital spiritual lessons were transmitted to him by various women who were masters of their particular crafts.

Dan Simmons, Ilium
Dan Simmons expertly weaves three separate story lines, across an epic tale that draws on Science Fiction, the Iliad, Shakespeare and Proust. Brilliantly written and gripping to the last.
Taking the events and characters of the Iliad as his jumping- off point, Dan Simmons has created an epic of time travel and savage warfare. Travellers from 40,000 years in the future return to Homer’s Greece and rewrite history forever, their technology impacting on the population in a godlike fashion. This is broad scope space opera rich in classical and literary allusion.

Slavoj Žižek, Living In The End Times, 2011
There should no longer be any doubt: global capitalism is fast approaching its terminal crisis. Slavoj Zizek has identified the four horsemen of this coming apocalypse: the worldwide ecological crisis; imbalances within the economic system; the biogenetic revolution; and exploding social divisions and ruptures. But, he asks, if the end of capitalism seems to many like the end of the world, how is it possible for Western society to face up to the end times? In a major new analysis of our global situation, Slavoj Zizek argues that our collective responses to economic Armageddon correspond to the stages of grief: ideological denial, explosions of anger and attempts at bargaining, followed by depression and withdrawal.