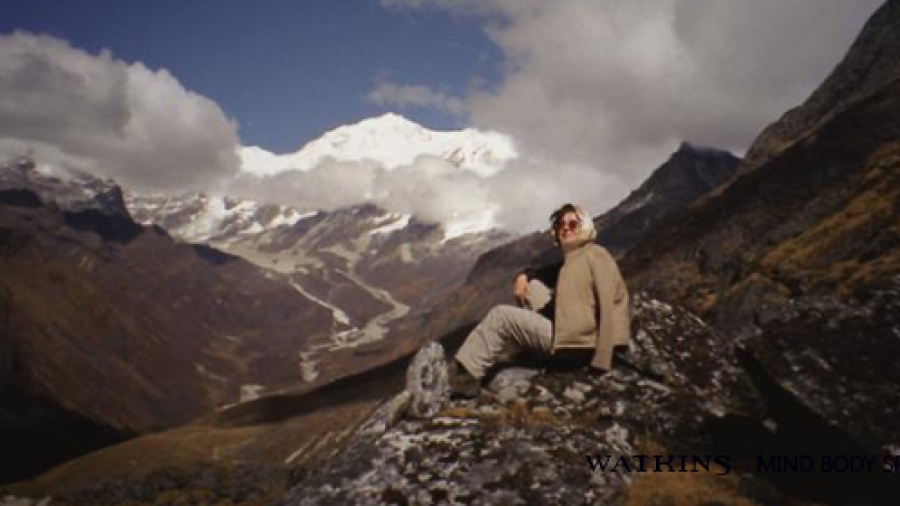 by Watkins Books
with no comment
Ancient wisdomYoga and Meditation
0

Adapted from The Book of Secret Wisdom by Zinovia Dushkova.

[dropcap]F[/dropcap]rom time immemorial to the present day, there exist secret treasuries of sacred books, written by the Messengers of Light and presented as a gift to humanity. Every line has been crystallized by the heartfelt fires of the souls, who were magnanimous in their giving. Yes, some were burnt at the stake together with their gifts; others were mutilated by cruellest torture. But still there were those who managed to save the sacred manuscripts and, risking their lives, placed one priceless gift after another in secret repositories. And all these unusual libraries — located in the mountains of Tibet, the Himalayas, the Karakorum, the Pyrenees, and other mountainous areas, as well as hidden under the sands of the Gobi Desert, parts of the Sahara, in the sands of Nubia and other lands — can be revealed to the world only when people are able to discern white from black and distribute the priceless gifts solely for the good of their neighbours.

These are the Abodes of the Brotherhood, members of which came from the Distant Worlds. Being concealed in impenetrable mountains and deserts, they are guarded by mysterious powers. Physical flesh is not able to endure the force of the currents that rise like a wall when they are approached. And in order to gain access to them, one needs to pass through many lives with a loving heart and a pure soul. When the time comes, worthy candidates for discipleship might be summoned into one of the Ashrams, where they would be entitled to come into contact with the Highest Knowledge and Wisdom.

The chief of these is the legendary realm of Shambhala the Resplendent, the Abode of the Great White Brotherhood of Teachers. The approaches to this Stronghold of Light are vigilantly protected. For mere curiosity-seekers there is no access beyond the permitted boundaries. An unbidden guest will never reach it and will inevitably fail to find the way to it. However, one who responds to the Call of the Great Lord of Shambhala discovers one’s path thanks to invisible signs. Only a pure consciousness is able to correctly discern the symbols which appear to one’s gaze. The wise heart alone is able to understand the secret signs that lead the pilgrim to the White Ashram, situated on the White Island. Mysterious white waters wash its banks, but the one who is summoned by the Lord passes through these waters as easily as on dry land.

In Shambhala, indeed, not people but Gods abide. The Greatest Teachers — the Leaders of Humanity, the Discoverers of the Distant Worlds, the Messengers of the Faraway Stars — in shining bodies of Divine Purity, glide about like Angels, doing their work every moment. Ceaselessly they watch over the world, protecting it from a disastrous fate. A seal of smiles illumines their sunny faces, enchanting the gaze of the pilgrim who is encountering for the first time in their life the miracle of miracles, which actually exists on the Earth.

Above the Sacred Island rises a multi-storey Tower called Chung. And here, on one of the floors, is stored the most ancient book of our time, known as the Book of Dzyan. In fact, the Tower of Chung, going deep into the rock and high above the clouds, keeps a great number of mysteries, which were inscribed into the pages of extremely voluminous books. The gates of the depositories open wide, like a book, ready to endow waiting hearts with secret knowledge. How many unexplored folios one can behold within the Stronghold of Light — only the Great Lord knows! From the earth to Heaven, the rows of books are lined up in an orderly manner, in the order of the Hierarchical Ladder, the highest steps of which are occupied by the worthiest of the worthy. Here one can see the very earliest manuscripts, recorded on tablets of every kind; and one may discover further blessed signs of engraved human thought by transferring one’s reading from stone to invisible books, inaccessible to earthly eyes. Thus, one may find here records of the development of the entire Universe, folios devoted to the study of the physical spheres of the Earth and the history of all the Kingdoms of Nature and Space.

In addition, the mysterious Tower houses the records of all neglected opportunities given to the Human Race since its creation. Books burnt in fires, containing the knowledge covering all spheres of life; the most progressive ideas, scientific discoveries and many, many other things, which today could have helped humanity to ascend to the step of Divine Humanity — if only people had accepted all this with their minds!

The entire human life would not be sufficient to copy on paper the contents of even a single folio. But even the most comprehensive volume seems to be amazingly light, since its pages are made from a special composition of matter. Neither fire nor water can affect the compactly written lines, which have been crystallized forever. Even though it represents a specific historical era, this is a living word, affirmed beyond Time and Space. Light revives before one’s eyes, and a statically affirmed word takes on a definite hue of manifested energy, resulting in pictures visible to the human eye. However, it is impossible to describe in human words such concepts as colour, light, and sound that figure on the Empyreal Tablets.

For each of the priceless artefacts a special niche was created, which was imbued with the currents of those times when an individual manuscript came to light. Further, the energy constant of the currents is preserved, thanks to a specially constructed covering — a “vitreous” substance, which has a clearly defined geometrical shape. Thus the manuscripts bear within themselves an extremely powerful energy potential for many millennia to come.

Preserved in a similar manner, the Book of Dzyan bears secret signs that unfold the entire history of world development: from inception until the very last moment. Its pages may be disclosed before the eyes of pilgrims only by the Great Lord of Shambhala, who has summoned them with a specific aim: to share with humanity the Ancient Wisdom that has been concealed within unknown caves and mysterious multi-storey towers rooted deep in the Earth. And while they who gain access to the Great Book are able to behold it with their own eyes, nevertheless, the manuscript itself must remain in its energy niche, and should not be touched by human hands. The needed pages will open all by themselves, simply from touches on the Subtle Plane by the Instructor of the Human Race.

Twelve stanzas from the Book of Dzyan are included in The Book of Secret Wisdom. Beyond Time and Space, they will open before your eyes not only the past, but also the present and future of humanity and the Earth. Thus, bearing in mind the Universal Law of Correspondences, “As below, so above” — it is possible to understand by analogy the development of all Races of Humanity in all their Rounds of Evolution as well as comprehend the path of evolution of our planet, the Solar System, and the whole Universe, according to the Law of Divine Love.

About the author: Zinovia Dushkova, Ph.D., is an award-winning author, poet, philosopher, historian, and traveller who has devoted more than twenty years to the acquisition of the secret wisdom underlying all known religions and philosophies. Her research has taken her to remote Buddhist monasteries and sacred Abodes hidden within mountains and deserts in Tibet, Nepal, Mongolia, and India, where she has studied ancient manuscripts inaccessible to Western researchers. Dr. Dushkova has written approximately forty works of spiritual and ethical content published in Russia, Ukraine, Moldova, and France. For more information, please visit her website at: http://www.dushkova.com/en.