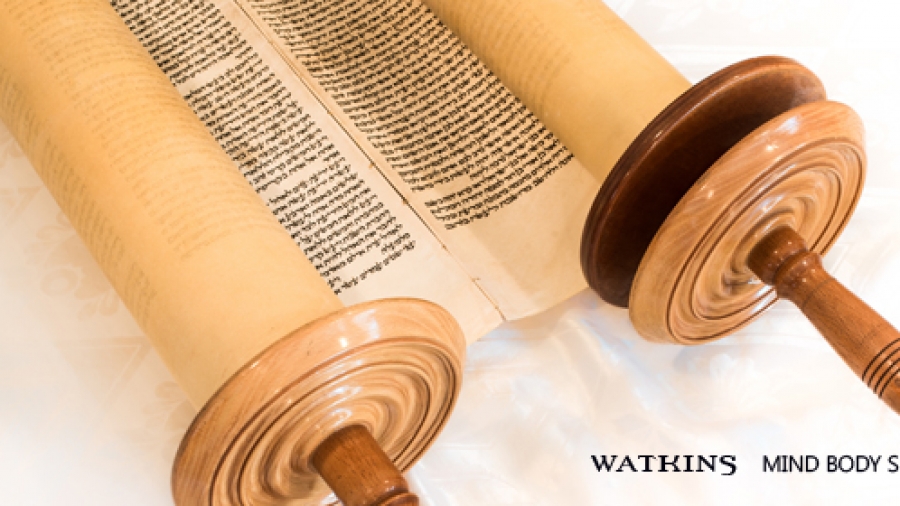 [dropcap]I[/dropcap]wrote the original Tree of Life nearly forty years ago. It was the first of a series on the Kabbalah in which ancient, medieval and modern views of this Jewish mystical tradition were presented for our crucial period in history when various esoteric lines have come into the public domain. Since then I have developed a much deeper comprehension of the symbolism and the metaphysics of Kabbalah, and in this revised edition I have added many more diagrams and pictures that convey insights into this profound system. I have also added some extra chapters that lead up from the basic Tree of Life mandala to Jacob’s Ladder. In this system four Trees, corresponding to the four Worlds that make up Existence, are set out to show how different realms interlock and form a Fifth Tree that runs from the top to the bottom of the Great Chain of Being. 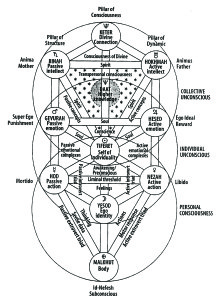 The book begins with the concept that Existence is governed by a simple set of basic laws. The first is that there is a unity between ten essential principles, with twenty-two minor laws that allow them to interact. Like other esoteric systems, the Tree has active and passive pillars with a central column of equilibrium. Within this scheme are various activities, levels and flows that lie behind every entity in the universe. The book sets out to show how this is so.

Next comes a brief history of Kabbalah starting from Biblical times to show how the Tree has its origin in the seven-branched candlestick in the Tabernacle and the Temple. It then goes on to explain how Hellenic ideas influenced this mythological version of the tradition. In the Middle Ages Kabbalah appeared as a solution in the debate between religion and philosophy then going on and had much influence upon European mysticism.

The origin and purpose of Existence is then presented in the emanation of the ten sefirot or numbers and the unfolding of the Lightning Flash of the Octave that brings the Tree into being. Then comes the notion that a human being is a microcosm of Existence. Each individual person is an image of the Absolute in miniature. The composition and dynamics of the psyche are seen in modern terms. This is followed by a study of the planetary archetypes and the relationship between Kabbalah and Astrology, the ancient form of psychology, and the influence of celestial conditions on the mind. The image of the Zodiacal Man resembles at a lower level that of Adam Kadmon, the Divine Man seen sitting on the Throne of Heaven, set in a great chariot of Ezekiel’s vision. Both these traditions root back to Abraham’s home city of Ur in ancient Mesopotamia. Included in this section is an example of how a birth chart can be put on the Tree diagram to get a deeper insight.

The idea of the four Worlds within one Tree is then explored to show the various levels within a human being, as symbolised by the garments worn by the Israelite High Priest. These correspond to the physical, psychological, spiritual and Divine dimensions within ourselves. The triads within the Tree and the Octave are explored to reveal ascending and descending processes and the purpose of the various functions as regards the body, soul and spirit. This is followed by an exposition of the paths between the sefirot and how the flows from one to another can bring about balance or imbalance between different parts of the psyche and indeed the body, which may also be seen as a Tree. The Hebrew letters associated with the paths and the Tarot are then set out on the Tree to show how each symbol represents a specific function.

The next section is about practice and application of the Tree. First comes an exercise in a form of a simple ritual in which one ‘goes up the Tree’. This, if done with the right frame of mind in a quiet place, will give one a sense of the Tree within oneself and be a reference point in any mystical experience, as well as in understanding any particular situation in terms of the Tree diagram. This exercise should be practised from time to time to accustom oneself to the Tree’s configuration.

The first application of the Tree is to that of Parliament, which is seen in terms of its structure and dynamics. Also included in this section is the horoscope of England, which was born at Noon 25th December 1066 when William the Conqueror was crowned King, giving an insight into the national character. God and Mammon are then examined in terms of the Tree. In this chapter every religion and its several levels is seen to follow a classical pattern as does any economic system. From this it is shown how any imbalance or excessive focus on one area can upset the balance and cause the entity either to degenerate into a revolt against a corrupt priesthood or board of directors.

To make the Tree less remote and more experiential I have used a love affair to illustrate how even a lovers’ quarrel is part of a cosmic process. Everyone believes their relationship is unique, but upon putting it on the Tree one can see how Mother Nature brings a man and woman together to produce the next generation. However, it must be said that a marriage between soul-mates is of another order as a higher Tree, that of the psyche, can generate a single spirit out of such a union.

Birth, Life and Death are then examined. Here the process of conception and gestation are seen underlying the building of the body, followed by the ascending Octave of passing through the stages of life towards death and the hereafter, as Kabbalah subscribes to the notion of Hell, Paradise, Heaven and reincarnation. These themes are developed in my later books. This leads onto Time and its various orders. In this Tree the several grades between the ‘Passing Moment’ and the ‘Eternal Now’ are placed between the scales of a human lifetime and that of the planets, galaxy and Eternity. This illuminates why mystics speak of different levels of perception. Such a view opens onto the Biblical version of Creation which is seen in terms of Darwin’s theory of Evolution. Each order of creature fits exactly into the Tree.

Schools of the soul are next to be scrutinised in Tree terms, which reveals how every spiritual tradition must concur with the laws of Existence, if its working method is genuine. This is seen in the progression of consciousness and the exploitation of what opportunities life offers. Then comes an exposition of Jacob’s Ladder and how it is the flexible framework of the Divine Name I AM THAT I AM. The word THAT represents Existence between the first I AM and the second I AM. As such, the universe is the Mirror by which the Absolute beholds ITSELF with the aid of humanity, which is the organ of perception for God. Finally, the last diagram shows the present state of the Divine drama, in which we all play either a conscious or unconscious role with every new life we live.

Other volumes in the revised editions are Adam and the Kabbalistic Trees (Body and psyche), A Kabbalistic Universe (Cosmology), The Way of Kabbalah (Teaching), The Kabbalist at Work (Method), Psychology and Kabbalah (Development), School of the Soul (Group work), Kabbalah and Exodus (Bible study), Anatomy of Fate (Astrology and Kabbalah), Kabbalah and Astrology (Rewrite), The Anointed (A Kabbalistic novel) and The World of Kabbalah (An introduction). Although each book specialises in one subject, they all set out the basic metaphysics of Kabbalah at the beginning so that the reader can key into the metaphysics and symbolic scheme of this ancient Jewish tradition.