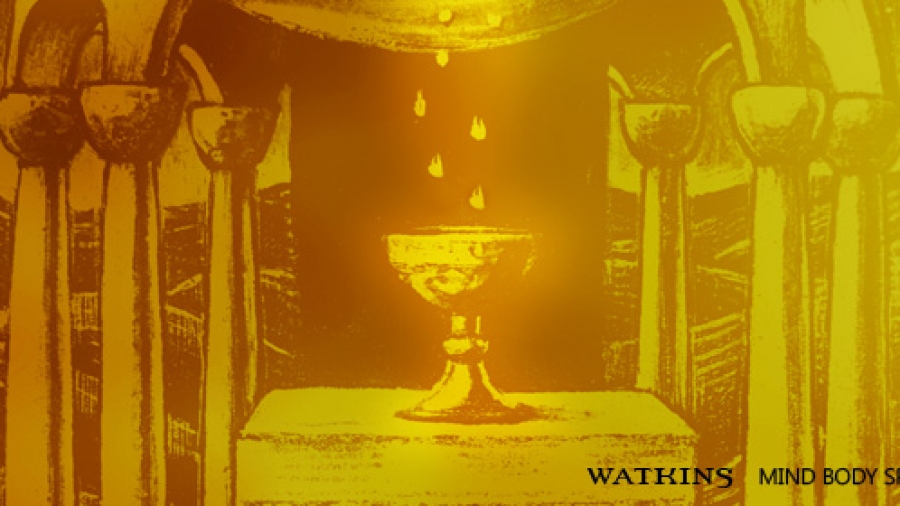 [dropcap]T[/dropcap]he Holy Grail won’t go away. Stories of the search for this mysterious prize are as compelling in the 21st century as they were to audiences in the courts of medieval Europe. As mythologist Joseph Campbell said, the quest for the Holy Grail is “the founding myth of Western civilization”. The Grail myth persists throughout the centuries like a recurring dream that must be brought fully to consciousness, understood, and resolved.

The Grail is a sacred vessel as old as creation. A rounded container, it belongs to the family of symbols – bowl, cauldron, vat, well, cup or crucible – which are all images of the divine feminine, the Mother Goddess whose womb holds the waters of life, found as far back as the Neolithic era and in cultures from ancient India to classical Greece. In Celtic myth and legend, this hallowed icon of Western spirituality has its origins in the magical cups which have life-giving and protective properties and more often than not, these cups belong to goddesses or female spirits. In Ireland, the most important goddess with the sacred vessel personified the land itself. She chose who was to be king by offering a cup of red ale to the one she considered fit to be her consort. In some versions of this story, she is radiantly beautiful, while in others she appears as a hideous old hag to test the compassion and resolve of her suitor. This is typical of the ancient Celtic goddess who personifies both life and death, winter and summer, darkness and light.

King Arthur’s knights at the Round Table see a vision of the Holy Grail, which appears as a veiled ciborium held by two angels. From a manuscript of lancelot of the Lake, attributed to Walter Map (Gaultier Moap), 1470

Wandering minstrels brought these tales to Europe where they were transformed into the stories of King Arthur’s quest for the Grail. The basic theme is that this sacred vessel lies hidden in a castle surrounded by a wasteland: a barren and blighted country which can only be restored to life when a worthy knight discovers the castle of the Grail, asks a ritual question, and heals the wounded king of this land. One of the tales which attempt to explain how this sorry state of affairs came about tells how long ago in the forests of Britain, weary travelers could find refreshment at sacred springs, generously poured from the golden goblets and dishes of the “maidens of the wells,” who were the guardians—or perhaps the spirits—of these holy places. But one day an evil king raped one of them and stole her golden cup, and his followers did the same to the others. After this the wells dried up and the countryside was stricken with drought. Another result was the disappearance of the court of the Rich Fisherman, or Fisher King: a mysterious figure who provided riches and abundance to the people of Britain from his “Courts of Joy”. For when the Well Maidens were violated, the channels to the Otherworld were severed, leaving the world cut off from its wisdom. Its spiritual treasures, once freely accessible to humankind, were withdrawn. This story could not make the point more clearly that violence done to the feminine reverberates on all levels. This fatal imbalance has been the tragic note sounding throughout the history of Western civilization, and continues unabated today in our war-torn, ravaged and polluted world. The rape of the well-maidens and the theft of their life-giving vessels is an apt metaphor for a culture in which individuals and nations, perceiving themselves as separate from each other and all forms of life, wage continual war on each other and on the Earth, greedily destroying and consuming all her treasures.

For on the deepest, archetypal level, the Grail is a symbol of the soul, which is a feminine word in many languages: for example, the Latin anima, which gives the Gaelic, anam, the Greek psyche and German Seele. The Soul, like the Grail, is hidden away in the dimly-lit, tangled forest of the ego, sometimes glimpsed only as a gleam of light in the far-off window of a castle. Like the Grail Knight’s initiatory adventures, the Quest for the soul entails many of life’s challenges and rites of passage, yet the discovery of Grail or soul is only half the story. For the soul is a receptacle for Spirit, a chalice which must be filled from the highest spiritual influences if it is to be of any value. In the Christianized Grail narratives, the shining figure of Christ is often portrayed within the Grail. This is an externalization of the radiant force of Spirit – sometimes called the Cosmic Christ – entering the soul. This supernal force is sometimes pictured as a light descending into the vessel and is well-known in many other spiritual paths as, for example, the Vedic Soma or the alchemical Heavenly Dew. It is a masculine (yang) symbol: the highest transmutation of the Sword as a pure spiritual power. When the Light descends into the feminine (yin) Grail, the ultimate goal of the spiritual seeker has been achieved. It is the supreme union of Soul and Spirit, known variously as the Divine Marriage, the Union of Opposites, the Conjunctio, or Alchemical Wedding – the apotheosis of the Grail Quest. For those who follow the inner Quest of the Grail, the goal is to quieten the ego self enough so that the soul opens to allow the Living Light of Spirit to pour in, flooding us with bliss and peace. Then when the Grail of the soul is filled with divine energies, it can be offered to the world for healing the wastelands both within and without.

Meet the Author: Mara Freeman has studied British and Celtic sacred traditions and mythology for more than 40 years. She has given workshops and lectures and presented at conferences throughout the U.S. and the U.K. since the 1990s. Initiated in the Western Mystery tradition, she is the founder and director of the Avalon Mystery School. A psychologist and astrologer, she has a private practice in spiritual counselling and also leads retreats and pilgrimages in Britain and Ireland. She is the author of Kindling the Celtic Spirit and lives in West Wales. For more information visit: www.chalicecentre.net; www.celticspiritjourneys.com; www.avalonmysteryschool.net