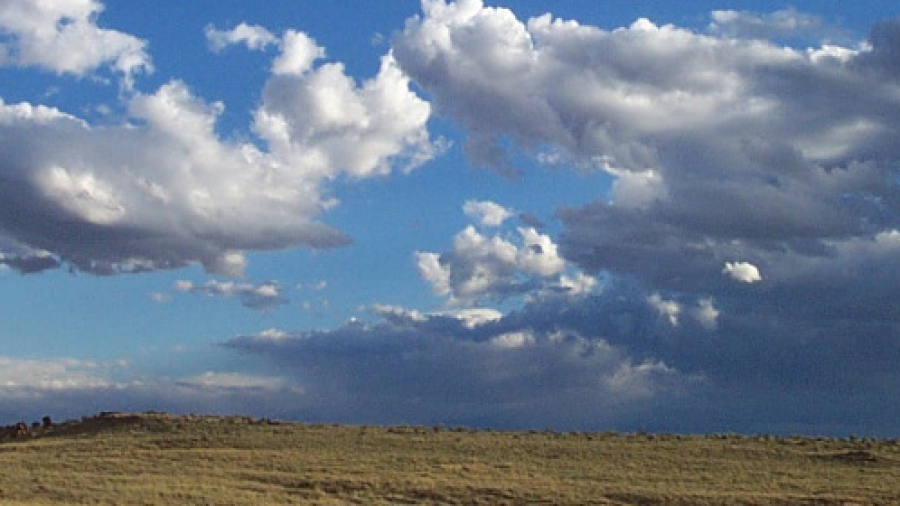 From The Immune System of the SOUL, Mike George, 2014


[dropcap]T[/dropcap]he immune system built into out bodies has to be one of the unsung wonders of our material world.  When any area of the cellular energy of our body is invaded by a virus or unfriendly bacteria the ‘helper cells’ of the immune system, often referred to as antibodies and white blood cells, almost instantly detect the presence of the invader.  They move to protect the affected parts of our body as they discern and distinguish the exact nature of the intruder.  Their work is to extinguish, expel or encircle, and thereby contain what might be called ‘cellular malfunction’, which we tend to call…disease!

To illustrate how our consciousness works in these ways imagine you are driving towards a preplanned destination.  You know exactly where you want to go but you’re not exactly sure of the route.  A friend gives you directions. You’ve been driving for some time with the awareness that you have an uneasy feeling but you cannot quite put your finger on the cause of that feeling.  You stay with, and look into, the feeling of uneasiness as you drive.  Suddenly, you notice the sun is shining into the left hand side of the car and you know it should be shining into the right hand side.  You realize you are going in the wrong direction.  You do an ‘about turn’ as you ‘change’ (transform) the direction in which you are traveling.  The feeling of uneasiness instantly disappears. You recognize the ‘cause’ of your dis – ease was the ‘belief’ that you created when you received the directions from your friend.

Taking the process a little deeper, imagine you become angry towards someone.  It seems a normal reaction as it’s something you’ve been doing all your life.  One day however, the anger becomes so great you wonder if it’s all worth it.  You become aware of the intense dis – ease within your consciousness.  You are aware it’s the emotion of anger.  Instead of waiting to recover you look into the anger and you realize a) you are its creator and b) the reason you create it is because you ‘believe’ that others should do what you say (and they are obviously not!).  In effect you are a carrier of two ‘viral beliefs: a) we can control others and b) others are responsible for your happiness.  You take a moment to consciously challenge those beliefs and you realize they are not ‘true’.  Of course it’s not true – you cannot control others ever!  It may ‘appear’ that you are controlling them when they do what you say or want, but it’s still them deciding to do what they do.  It also becomes obvious that others are not responsible for our happiness.  However, you can also ‘see’ that it’s true to say that you can ‘influence’ others.  The realization of these ‘truths’ initiates the transformation of your state of being.  You cease to attempt to control others.  You never become angry towards anyone again and so the dis – ease of angriness is healed!   Your energy is now available to focus on the development of creative ways to influence.

The ART of Healing the Soul (Self)

Phase 1 – Awareness of the symptom, which means noticing there is a feeling of dis – ease within me!   This can be anything from the awareness of feeling quietly ‘uneasy’ at one end of the spectrum, to extreme stress and anxiety, perhaps anger and rage, at the other end.

Phase 2 – Realization of the cause i.e. ‘seeing’ through the feeling of dis – ease and realizing  the ‘viral belief’ that has infected our consciousness i.e. our self.  This is only possible when we look into and through the feeling (the emotion that we feel).  Only then can we ‘see’ exactly which ‘viral belief’ is causing the dis – ease.  This requires quiet contemplation and perhaps some clues from someone who has already realized the causal belief.

Phase 3 – Transformation of our state of being takes place within the soul/self through the rediscovery of what is ‘true’.  Only the realization of ‘the truth’ can overpower and replace the ‘viral belief’ and, in effect, heal consciousness.  Healing in this sense means restoring the energy of consciousness to its ‘true’ state or vibration.  This is confirmed by the disappearance of the dis – ease.

Here are a few examples of the most common dis – eases of the soul/self (consciousness) using the metaphor of the many physical diseases we all know so well!

The Dis – Ease of ADDICTION

This is not only a disease that affects body and brain.  ADDICTION is also a Dis – Ease of consciousness.    The main symptoms to be aware of are DESIRE and CRAVING.  When you look into and behind all desire you will notice the underlying cause is the ‘viral belief’ in ‘acquisition and possession’. The arising thoughts include, “I NEED, I want…”, “ I need to acquire…”, “I must have…”.  The body and brain tend to crave that which provides tangible, sensual stimulation. But at the level of the soul/self (consciousness), desires can range across many ‘intangible things’ from knowledge to recognition, from acceptance to affirmation, from approval to respect.  Only the realization of the ‘truth’ can transform/heal the dis – ease of craving/desiring these ‘intangibles’.  Only ‘truth’ can over power and eliminate the viral belief’ that. ‘I Need…’!  Belief is not the truth.  Belief is what we create when we lose awareness of our trueness!  And the truth is, that at the level of consciousness, which is what ‘I am/you are’, I need to acquire nothing.  Our body ‘needs’ food, clothes and shelter but ‘I/you’ do not ‘need’ anything!  If we have a need it’s not to acquire for our self but to give of our self.  But it’s not a real need, it’s our true nature!

However as long as we ‘believe’ we are only a physical form then this realization, and the consequent healing of the dis – ease of addiction i.e. the ending of desiring/craving, will be… difficult!

The Dis – Ease of BLINDNESS

There is a Dis – Ease of consciousness that could be called BLINDNESS.  Not blindness of our physical eyes but blindness of our inner eye, our third eye, our eye of awareness.  The main symptom is EMOTION.  Being emotional is the equivalent of having sand thrown in your eyes.   Notice whenever you become emotional it’s as if you can’t see (perceive) clearly, can’t think clearly and cannot make good quality decisions.  The ‘viral belief’ that is causing the emotion is ‘mineness’!  The arising thoughts include, “That’s mine” or “That belongs to me”, or “I own that”.  This is sometimes referred to as attachment.

It seems few are aware that all emotion arises from attachment.  Only the realization of the truth that no thing and no one is ever mine i.e. possessed by me, can set us free and thereby heal the dis – ease of blindness that all emotion is!  (love/joy are not emotions).  But it’s not easy to see (!), especially when we ‘believe’ some kind of attachment is OK, especially when we ‘believe’ in ownership/possession.   Notice whenever you react emotionally to anyone or any situation it’s coming from within your self (from within consciousness) because you are attached to an idea, image, memory or belief that you are holding on to within your mind – either consciously or subconsciously.  Seeing and realizing this requires the combined practice of meditation and contemplation.  As does the realization of what is true.  In the universe of consciousness nothing can ever be possessed or owned.   It’s as if we intuitively ‘know’ this truth, but we fall asleep (lose awareness) and the illusory belief in ‘ownership’ kicks in.

The Dis – Ease of  of the HEART

There is a Dis – Ease of our heart, not the heart of our body, but the heart of our consciousness i.e. our spiritual heart, the heart of our being.  We know this dis – ease as SADNESS.  We sometimes refer to it as a feeling of heaviness in the heart when we say, “They definitely seemed to have a heavy heart”.  It’s not the physical heart that feels heavy but the heart of our consciousness.   The ‘viral belief’ that sits behind this feeling and causes all sadness is, “I have lost something/someone”.  This is one of the most prevalent ‘viral beliefs’ with which we frequently infect each other, in much the same way that we spread the flu virus between us around the office!  Sadness spreads through our conversations as we ‘feel sorry’ for those who ‘seem’ to have lost something or someone.

This is why almost everyone will suffer from a heavy heart.  The Dis – Ease of sadness will strike at all our hearts, at some time or other.    The healing of a heavy heart is only possible when there is the realization that nothing ‘real’ can ever be lost!  ‘Real’ in this context means that which never changes, that which never passes!  Only the realization of the basic truth that every thing changes, every thing comes to pass, every thing comes and goes except the self its self, can there be the deep healing of past sadness and the impossibility of any future sadness.  From that realization arises a more powerful truth that it’s impossible for the soul, for consciousness, to possess anything or anyone in the first place!

What stops us however, from diagnosing and healing our dis – eases of consciousness, is yet another ‘viral belief’ that all emotion including sadness and anger are entirely ‘natural’.  This one belief can keep us in a state of unhappiness for our entire life.   This is compounded by yet another ‘viral belief’ that love, joy and happiness are just ‘other’ emotions.  When, in fact they are not emotions, they are natural states of being that are buried under the viral beliefs we have absorbed and assimilated along the way.    Hence the value of taking time out to fine tune our awareness to be able to discern the difference between our ‘emotional dis – eases’, which are unnatural, and the underlying states of being, which are our true nature.

There are twelve primary dis – eases of consciousness, of the soul, including asthma of the soul, diabetes of the soul, arthritis of the soul and indigestion of the soul.  Each is caused by its own one viral belief.  It’s no wonder just about everyone recognizes that well worn cliché, The Truth Will Set You Free’!

Reflection:  Once you have the main symptom for each did – ease look through it and see if you can see/realize the ‘viral belief’ that is causing each dis – ease?

Action:   What is the truth that will eliminate the belief and heal the dis – ease?  If you acted from that truth what would your behaviour/s now look like?