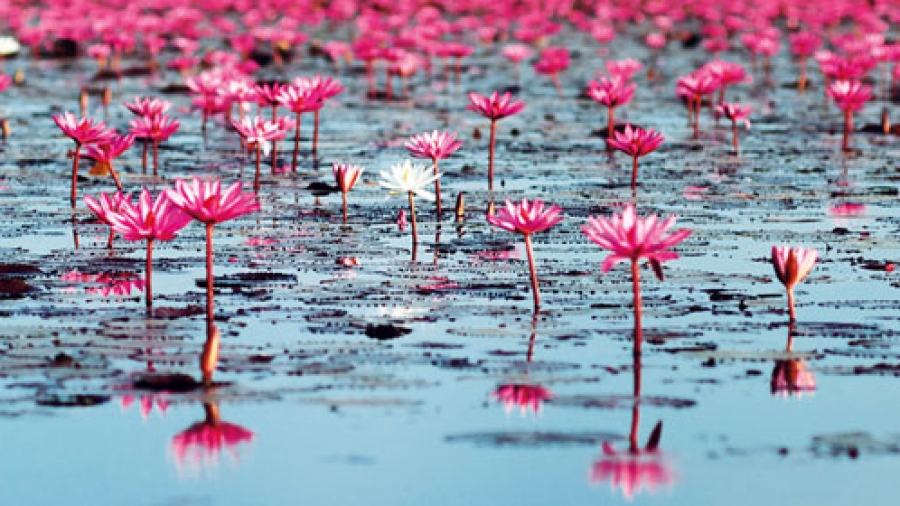 by watkinsbooks
with 2 comments
MagazinePersonal Development

(by Marc Gafni) It is time for a radical democratization of enlightenment. It used to be that enlightened living was for the elite. The few great lovers, saints, and sages throughout history reminded us that something more was possible, that there was a better way to live, that joy and overflowing love could and did exist, at least for some, as the animating essence of everyday life. This tiny elite of subtle and evolved beings held alive for all of us the possibility that human beings could genuinely realize a transformation of identity, that they could truly evolve from their small constricted egos into spacious, dynamic, enlightened minds and hearts. In days gone by, we relied on this elite to guide our world. Today, that age has passed. The old elite no longer has the power to guide us. We can no longer hope that in some room somewhere, in the halls of spiritual power or the inner chambers of an ashram or temple, there are holy, wise people upon whom we can rely for our salvation. In a globally interconnected world, one person acting alone or a small group of ignorant individuals has the ability to literally destroy humanity. This is a pointing-out instruction by the universal love-intelligence. Said simply, reality is telling us something that we desperately need to know. For better and for worse, the age of ruling elites, be they spiritual or political, is over. Democracy is the evolutionary unfolding of love-intelligence in our era. It began with the democratization of governments. Now it must move to the democratization of enlightenment.

To understand the full depth of what this means we need to re-approach our core understanding of enlightenment itself. Enlightenment is not some highly advanced state of refinement, which is attractive or compelling only to advanced connoisseurs of consciousness. Enlightenment means no more and no less than sanity. Sanity is knowledge of reality. The core of your reality is your identity. To be sane requires right relationship with yourself and with all of the larger frameworks and contexts in which your self lives and breathes. Surely to know reality is to be sane. So-called normal consciousness is insane. “Normal” consciousness rooted in the grasping ego produces suffering. “Normal” consciousness killed 100 million people in the last century. That is not normal, it is insane. One of the simplest definitions of sanity used in the psychological literature is to know who you are. To be sane is to know your identity, to recognize your name. For example, if I tell you that my name is John Smith when my name is really Marc Gafni and I insist on being called John Smith, there is a fairly good chance that I am more than a bit insane. Clearly, I don’t know my true identity. But the distance between the identity of Marc and John is far less wide than the distance between an experience of myself as a separate, skin-encapsulated ego-self, and the experience of my True Self.

YOUR UNIQUE SELF: The Radical Path to Personal Enlightenment by Marc Gafni (Foreword and Afterword by Ken Wilber), published by Integral Publishers, paperback (550 pages).

When I am living as my True Self, I am able to access much more than my limited personal power, knowing, creativity and love. Rather, all of the power, knowing, creativity and love in the universe flow through me. When I see from the place of True Self, there is no reason for me to be jealous of you, to lash out at you or to do anything other than love you as myself. Your self is my self. In a real sense, you are me. The pathological competition, grasping and violence produced by contraction are deconstructed in the emergent glory of True Self. What happens is you access a spacious sense of peace, joy and harmonious equilibrium with all other expressions of being and becoming on the planet. The world literally becomes a different place. These are the gifts of what has classically been called enlightenment. This is a true understanding of how enlightenment has been taught for aeons. But at this moment of historical invitation we must engage in a radical evolution of our understanding of enlightenment itself. If enlightenment meant only disappearing into the undifferentiated oneness of True Self, it would seem to deny the sacred dignity of the individual. And besides, as many seekers intuit, it would be boring. The sense of creative edge, vitality and becoming that are the ground of our aliveness would be lost in blandness. So we see that if to be enlightened means to lose “me”, then it becomes irrelevant to most of the world. But if you witness the emergence of Unique Self, the personal comes back online at a higher level of consciousness. You realize that your True Self is not merely an indistinct part of a larger unification, but expresses itself uniquely, and that you have a distinct and essential role to play in the evolutionary unfolding. The personal face of your True Self is your Unique Self. You are able to consciously incarnate the evolutionary impulse toward healing and transformation that initiates, animates, and guides reality. No one else in the world can respond as you can to the unique need of All-That-Is that is yours and only yours to address, and the place of your full liberation and power. This is not a uniqueness that is born of your social, psychological or cultural conditioning. It is your irreducible uniqueness which births you into the world and is not formed merely by manifest conditioning.

Unique Self is rather the personal face of True Self. It is the antidote to the grasping of ego. In one moment you are fully alive, dynamically reaching for love and manifestation, and yet you are willing to let go of any attachment in the next moment. Your ego is still present, but you have moved beyond exclusive identification with your ego. The ego points toward Unique Self. Your Unique Self, which begins to reveal itself at the level of personality, comes to full flower only after freeing itself from the grasping of ego through genuine and repeated experiences of ego clarification. Unique Self disappears gradually and in direct proportion to the level of its trance-ending, the breakthrough which ends the trance of the false self. In classical enlightenment, we move from an experience of ourselves as a-part, to a felt experience of ourselves as an indivisible expression of the larger oneness, where the sense of the part dissolves and the wholeness even momentarily overwhelms our sense of distinction. And then, in a subtle shift of emphasis, we evolve to an even deeper depth of realization. At this station of consciousness, you begin to experience ourselves as the part again, but from the place of vast awareness where you realize that the part is not separate. You realize that you are not a separate but rather a unique part of a larger whole. And you realize that the whole is living in you, in part. Awareness of that whole is the essence of enlightenment not just for the elite but for everyone. True Self +Your Perspective = Unique Self. Your Unique Self has precious Unique Gifts to give which can be gifted only by you. Giving those Unique Gifts is both the purpose and ecstatic obligation of your life.

Dr. Marc Gafni is a public intellectual and spiritual artist. He is the initiating thought leader, together with Ken Wilber, of World Spirituality based on integral principles, as well as the leading theorist and teacher of Unique Self Enlightenment. He is the director of Center for World Spirituality. A rabbinic lineage holder in Bible, Talmud, and Kabbalah, Gafni self-describes as a “dual citizen” of both integral World Spirituality and classical Hebrew practice. He has also been called a master of the heart and a trail-blazing visionary in opening up new possibilities for love, eros and relationship. www.iEvolve.org