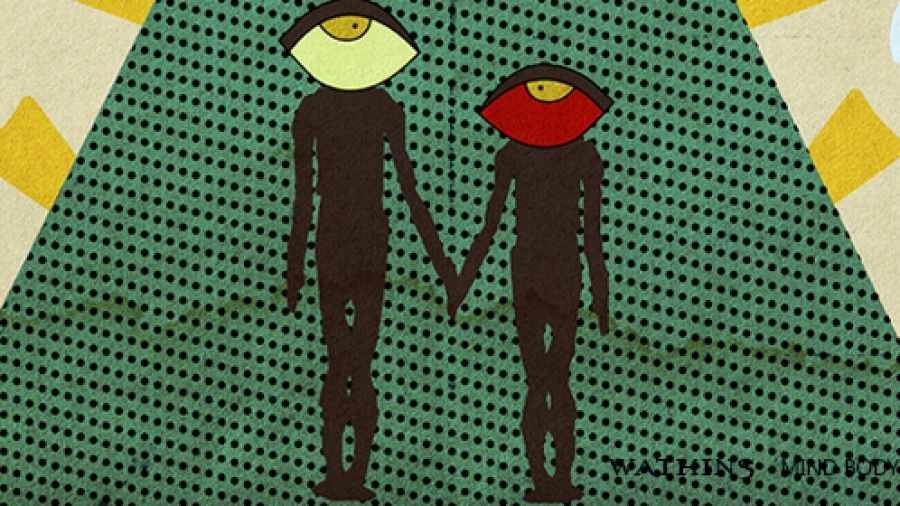 Shadows over Woodstock
Although they ended more than forty years ago, in many people’s imaginations, the 1960s remain an almost mythical time of change, experiment, and adventure. But among the many revolutions that characterized the ‘swinging decade’ – social, political, musical, sexual – there was one revolution that arguably was behind them all: the magical revolution. To be sure, the many ideas and practices of an occult or spiritual bent that were rediscovered in the 60s had been around for some time, but in the ‘mystic decade’ they all came together, fuelled by a growing youth culture and disseminated by the massive machinery of popular media. In the 1950s, flying saucers, meditation, tarot, and chakras were the concern of a handful of eccentrics on society’s fringe. A decade later and the most famous people in the world, like the Beatles and Rolling Stones, were leading a generation of youthful seekers on a journey within, facilitated by the sacrament of a new mystery cult – LSD – and popularized through an avalanche of books, music, films, and comics that spread the magical message of a dawning Age of Aquarius and a return of lost Atlantis. In the new millennium that was on its way, peace, everyone knew, would guide the planets, and love would steer the stars, and the half-million believers that crowded together, muddied, wet, and grooving, on a farm in Woodstock, New York, seemed to embody the truth that the love generation had got it right. “Turn off your mind,” John Lennon sang, borrowing the line from Timothy Leary, who had picked it up from the Tibetan Book of the Dead, arguing that the way to personal enlightenment and collective illumination lay through abandoning the critical intellect and giving way to the mysterious powers of the unconscious mind.

But then something went wrong. The brutal slayings of Sharon Tate and others at the hands of a manipulative guru named Charles Manson, and the disastrous Rolling Stones concert at Altamont, where the Hells Angels, the Stones’ bodyguards, terrorized the crowd and killed one lost soul, made clear that cracks had appeared in the Aquarian age. Yet these were only the most obvious signs that all was not right with the Woodstock generation. Even during as famously groovy a scene as 1967’s Summer of Love, dark shadows fell upon the wannabe hippies and fledgling mystics who flocked to Haight-Ashbury to throw off society’s constraints and do their own things. Behind the flowers, peace signs, good vibes, and free love, a peculiar weirdness bubbled, a strange brew that combined mysticism, the occult, spiritual authoritarianism, and a rip-roaring disregard for all restraint, into a highly seductive stew. Hell raising bad boys of a previous age, like the notorious Aleister Crowley, and flamboyant gurus of earlier times, like the redoubtable Madame Blavatsky, were suddenly as popular as the Doors or Pink Floyd. Their message, and that of other esoteric teachers, was spread across the air waves, adding to the alluring appeal of a philosophy that preached ‘do what thou wilt’ and being ‘beyond good and evil’, with results that were not always as peaceful as hoped.

How did the Morning of the Magicians become the Night of the Living Dead? In my revisionist history of the 1960s counterculture, I explore the occult roots of the love generation, and show how they reached into practically every aspect of the mystic decade’s life. Alan Watts, Hermann Hesse, the Beach Boys, the Beats, Aldous Huxley, Led Zeppelin, Krishnamurti, H.P. Lovecraft, Jimi Hendrix, R.D. Laing, the Maharishi, the Church of Satan, Tolkien: these are only some of the 60s icons whose contribution to our occult counterculture is re-examined and re-assessed as I try to unravel how the dawning of the Age of Aquarius led to some dark knights of the soul.

This edition, revised and enlarged, includes more than a hundred pages of new material on subjects ranging from the Harmonic Convergence and 2012, to the suicide cult surrounding Carlos Castaneda, and the C.I.A.’s experiments with hallucinogens. In an Afterword I reply to critics of the book and explain why it was acclaimed by fundamentalist Christians and Satanists alike. And in a new chapter on “Murder in the Aquarian Age” I introduce readers to the notorious hippy serial murderer, Charles Sobhraj, a.k.a. the Serpent, and the enigmatic 60s activist, paranormal researcher, and convicted killer, Ira Einhorn, known as ‘the Unicorn’. You may have been around in the 60s and you may remember them, or maybe your grandparents do, but I suspect that either way Turn Off Your Mind will give you a whole new view on what was really going down. Namaste.

About the author: Gary Lachman is author of Politics and the Occult; A Secret History of Consciousness, In Search of P. D. Ouspensky: The Genius in the Shadow of Gurdjieff, Rudolf Steiner: An Introduction to His Life and Work and other books. A founding member of the rock group Blondie, in 2006 he was inducted into the Rock and Roll Hall of Fame.

Gary Lachman
THE DEDALUS BOOK OF THE 1960s: Turn Off Your Mind
Dedalus Books
£12.99, available from Watkins Books