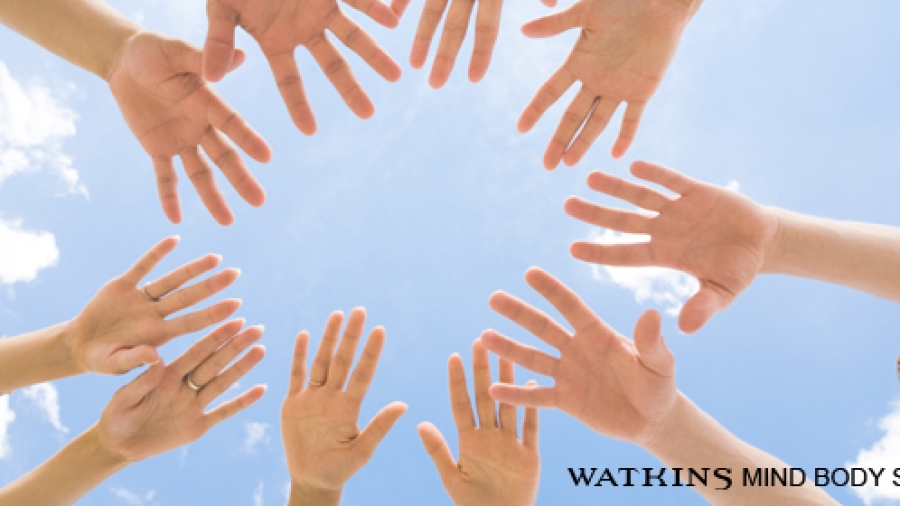 [dropcap]O[/dropcap]rland Bishop appears to be on a fool’s errand, instructing young black gang members in the art of communication. Bishop’s chosen patch to spread the word is Watts, a district in south Los Angeles considered so devoid of the possibility of redemption from decades of entrenched poverty and violence that it is now chiefly known for a string of negative achievement.

In the mid-1990s such was the rivalry between the main street gangs, the Crips and the Bloods, that the wars between them and their offshoots claimed five times as many lives as did all the years of the troubles in Northern Ireland.

In 1992, Watts rose as the symbol of the uneven hand of American justice after a tourist’s video captured policemen brutally beating a black motorist, Rodney King, and the officers involved were acquitted of all charges.

Although the murder rate in Watts has decreased since the 1990s, most attempts at urban renewal tend to wither on the vine. In the ongoing dialogue between the races in America, Watts is the place where no one is doing much listening.

Nevertheless it is here, in this No Man’s Land, that we can learn how to recover wholeness in our relationships. Bishop’s work with the ShadeTree Foundation is all about teaching his young gang members to move beyond “I” and “you,” or “us” and “them.” It is radical precisely because he recognizes that to recover the Bond we must dampen down the “I” in our own story.

In extensive studies on the differences in the way Easterners and Westerners think, University of Michigan social psychologist Richard Nisbett discovered that our individual relationships have a lot to do with how we see ourselves in relation to the rest of the world.

When asked to describe themselves, North Americans and Europeans tend to stress their individual personality traits, exaggerate their uniqueness, and focus on what they regard as most distinctive about themselves and their possessions, whereas East Asians stress their relationship to all social groups.

In one of Nisbett’s studies he gave American and Korean students the choice of different colored pens to keep as a gift. The Americans chose the rarest colors, whereas the Koreans chose the most common.

One sought to be the most distinctive person in the room; the other wanted simply to fit in.

In the Western world our impulse to be separate and unique in a relationship often translates into a need for power. In most of our encounters we are compelled to prove that it is we who have the flashiest pen.

But even when we seek to connect rather than to compete we usually continue to focus on the “I” of the story.

Most likely you have chosen to connect exclusively with people who share something of you in them. We think of this superficial connection as providing us with a sense of shared identity. We like people who are just like us, who share our values, our attitudes, our personality, our hobbies and passions and even our emotional disposition, and we tend to conflict most with people who are not like us. Our idea of connection is constantly seeking sameness. What this means of course is that the ultimate yardstick by which we gauge everyone else is ourselves.

This tendency to cluster with people who are most like us serves only to divide us from others by reinforcing our individuality, our sense that our way is the best. We always look to re-create ourselves in another, which has as its basis a desire to reinforce that we are right.

This runs counter to our deeper biological experience of relationships. New evidence about the workings of the brain, particularly mirror neurons, shows us that we are affected by the feelings, actions, and thoughts of all others, and they in turn are affected by us, even if we have nothing in common. No matter how distant or disagreeable, in every interaction, at some level, we feel the Bond.

We are constantly attuned to all other human beings, and can become conscious of this if we pause long enough to listen. But that requires moving beyond a simple clustering of like with like to find the deeper connection that is always present in any relationship. When we feel the Bond, we reduce our sense of subject and object and train ourselves to see “I” only in relationship to the other. This demands that we shift our focus from the smallness of the self to the expansiveness of the space in between.

After traveling extensively through western and southern Africa, Bishop brought back a means of relating embodied in the Zulu greeting Sawubona. Although usually translated as “I see you” (and made famous by the N’avi in the film Avatar), Sawubona literally means “we see you,” and the correct response is Yabo sawubona, “Yes, we see you too.”

The notional plural is important because, as Bishop puts it, “seeing is a dialogue,” an act of bearing witness and an obligation to participate. You bear witness to something that includes your own presence and that of the other.

What Bishop is driving at is the essence of the Bond: during every moment we relate to another human being, we make, in a sense, a contract—to enter the space in between, the space of pure connection—regardless of any superficial differences.

“It’s an invitation for us to participate in each other’s life,” he says.

Engaging with another in any way obligates us to share the moment to the best of our ability, to offer exactly what is required, whether food, water, or the deepest level of support, to help the other to flourish. Feeling the Bond changes the nature of the transaction between you and someone else from a selfish aim to a broader focus, whose sole purpose is the connection between the two of you.

In this definition of relationship the sense of “I” and “you” grows to something much larger: the moment of the Bond when difference doesn’t matter.

Offering yourself as a vehicle of service to the pure experience of connection can occur with anyone. Once we view ourselves as part of a larger whole we begin to act differently toward each other. By removing a self-serving aim from the relationship, we stop fighting nature and surrender to our natural impulse toward holism. We can easily embrace difference within that larger definition of connection.

[row][span9]During residential retreats in northern California, Bishop coaches the young men in the art of moving past superficiality speaking and listening deeply and from the heart without being critical or judgmental, to the deepest truth of who they are and what they dream of. During this type of deep sharing the pull of wholeness builds trust and loosens their attachments to entrenched positions. The very intensity of the experience lends itself to the establishment of new alliances and a larger vision for the future.

In this definition of relationship the sense of “I” and “you” grows to something much larger: the moment of the Bond when difference doesn’t matter.

Within its large network ShadeTree includes a number of young men who were in rival gangs now working together. Similarly, in Guayaguil, Ecuador, the peace worker Nelsa Cora has taught young people in street gangs to transform this need for connection into “the power of service, life, and love” for a struggling community.

Gang members have learned to channel their impulses for creativity and need for recognition away from violence and into small businesses: printing businesses, music studios, pizzerias. The barrio is now known as Barrio de Paz, Peace Town. Surrendering to the space in between is so powerful that even the most ruthless of gang members have laid down their guns.

By opening ourselves to our truest nature, which always seeks wholeness, we allow the possibility of pure and immediate resonance with the other, no matter how different, within the space of our common humanity.

Box: Connecting through the Space Between Us

A new understanding is emerging from the laboratories of the most cutting-edge physicists, biologists, and psychologists that challenges the very way we conceive of ourselves. Frontier biologists, psychologists, and sociologists have all found evidence that individuals are far less individual than we thought they were.

THE BOND: Connecting Through the Space Between Us by Lynne McTaggart, published by Hay House, Paperback (256 pages).

Between the smallest particles of our being, between our body and our environment, between ourselves and all of the people with whom we are in contact, between every member of every societal cluster, there is a Bond—a connection so integral and profound that there is no longer a clear demarcation between the end of one thing and the beginning of another. The world essentially operates, not through the activity of individual things, but in the connection between them—in a sense, in the space between things.

The crises we face today have occurred precisely because the lives we’ve chosen to lead are not consistent with our truest nature as givers and sharers. New discoveries in physics and biology demonstrate that all living things succeed and prosper only when they see themselves as part of a greater whole.

Rather than a will to compete and dominate, the essential impulse of all of life is a will to connect.

Meet the Author: Lynne McTaggart, author of the international bestsellers The Field and The Intention Experiment, is one of the pre-eminent spokespersons on consciousness and the new science. This article, adapted from her forthcoming book The Bond: Connecting Through the Space Between Us, is the culmination of her groundbreaking work, offering a completely new scientific story, plus a detailed blueprint of how to live in harmony with it. For more information, see: www.thebond.info.

Watkins hosted a talk by Lynne McTaggart in September 2011 to discuss her book ‘The Bond’. The talk is recorded in three parts: Part 1; Part 2 and Part 3.