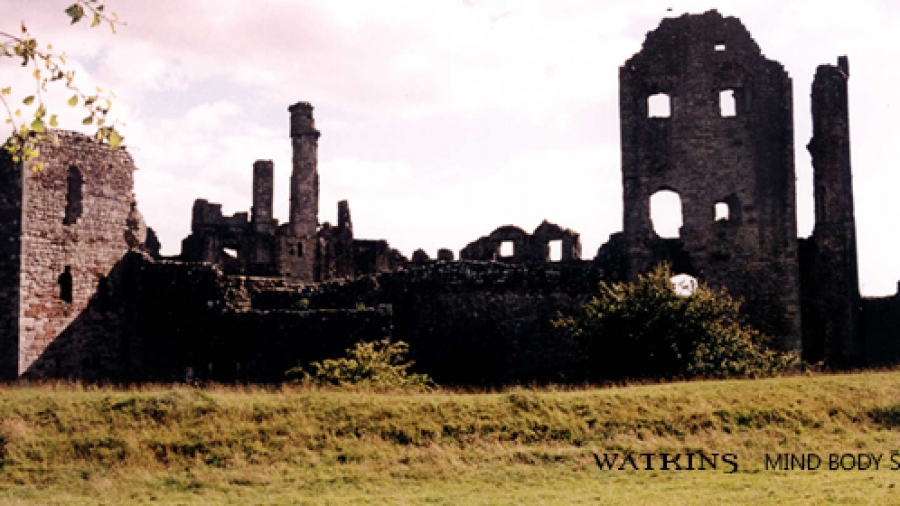 On 22nd July 2013 a new royal birth was announced. At a strapping 8½ lbs, Prince George of Cambridge, as he was shortly to be named, was a healthy boy who can expect to one day sit on the throne of Great Britain. When presenting him to the press, his father, Prince William and his wife Catherine were the epitome of proud parenthood. Their obvious love for their new son and deep affection for each other were self-evident and perhaps to be expected. What was less so was a break in normal protocol. Instead of taking the baby back to Windsor Castle or one of the other palaces that are home to Britain’s premier family, they took him instead to Lady Catherine’s much more modest, parental home. Here her own mother, Carole, was waiting to give advice and support to her eldest daughter. This informality, some might even say lack of respect for royal protocol, was in stark contrast to tradition. Changing times have, of course, brought changes of their own, but the real reason that the Duke and Duchess of Cambridge were able to ignore protocol and take the baby home to her mother and not a drafty palace was the unspoken yet nonetheless powerful legacy of Prince William’s mother: the late Princess of Wales. 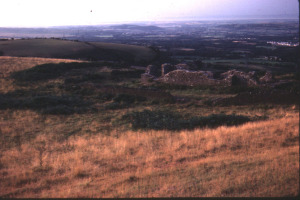 Ruins of the church where Arthur was buried

At first sight Lady Diana Spencer was an unlikely bride for Prince Charles. Considerably younger than him and not from one of the few remaining, European royal houses, their marriage (in 1981) was archetypally Disney. In almost every conceivable way she was a ‘Cinderella’ to Charles’, rather formal ‘Prince Charming’. For whereas he, the immediate heir to the throne, was reputed to employ a butler to test if his eggs were properly boiled, she was working part-time cleaning the flats of a less attractive sister and her friends. With zero GCSEs to her name, she could only dream of going to the ball. Little wonder, then, that she leapt at the chance of a royal marriage: it would free her forever from the drudgery of house-work or even having to look after other people’s children.

Charles introduced his soon-to-be bride at a press conference in February 1981. Peeping out from under a mop of hair, she immediately captured the affection of the British public. They looked forward to her one day taking on the role of Queen, but this, of course, was destined never to be. By the time of her fatal car accident in 1997 she had gone through many transformations; from waif to wife, to bulimic, to divorcee, to star, to saint, to play-girl. One thing, however, that her untimely death could not take away from her was her primary legacy to the royal family: her genes. This, as I was to discover, was something quite remarkable and is, I am sure, what makes Prince William and his brother Harry so very different from their father or indeed any of the other Royal Princes of the previous generation.

I first became interested in royal genealogy as a result of co-authoring a book about King Arthur. Called The Holy Kingdom, it investigated and presented the claims of my two co-authors. Alan Wilson and Baram Blackett, that they had discovered the likely burial place of King Arthur. This, as it turned out, was not in Glastonbury as is claimed by historians such as William of Malmesbury (d.1143) and John of Glastonbury (d.1464), but on the other side of the River Severn in Glamorgan. Wilson and Blackett had found unambiguous references in a variety of Welsh manuscripts, some of them dating back to the 10th century and therefore well before the time of these Norman-English historians, that a ‘King Arthur’ (usually called Athrwys or Atroys, though sometimes Arthwyr or even Adras in the Welsh) had been a King of Glamorgan. The genealogies were unequivocal in this: they showed that Arthur was a son of a king called Maurice (Mauriciusn, or Meurig), who was the son of another famous king and saint called Theoderic (Tewdrig).

Ruins of the Grail Castle

All these kings, as well as others, are also mentioned in the Book of Llandaff. This book dates from 1125, an English translation from the Latin being made in 1893. Contained within it are copies of chartulary entries. These were legally binding contracts concerning land-grants made to the church of Llandaff by the local kings of Glamorgan and Gwent. The Llandaff Charters were originally written into the margins of the Bible used by the church, but were transcribed into a book in 1125. This book—the liber landavensis or Book of Llandaff— was then presented to the Pope as evidence of the church’s rights to certain parcels of land stolen by the Normans.

I was very impressed by the weight of literary evidence for this Welsh ‘King Arthur’, but even more so by the physical evidence which my co-authors also showed me. Their researches, conducted over many years, had led them to a small church on a hillside overlooking the Vale of Glamorgan. Now in ruins, they were convinced that this was the most likely place of burial of the famed King Arthur. As no one else seemed interested in it, they bought the site from the Church Commissioners and organised an official, archaeological dig. This took place in 1990 and among other things revealed a memorial stone with the inscription Rex Artorius fili Mauricius. They also found a votive cross made mostly of silver and weighing over a kilogram with the legend pro anima Artorius. These two items have to date been ignored almost entirely by the archaeological establishment, yet what they provide is startling evidence that the King Arthur who became Pendragon of all Britain had been buried in the church – thereby implying that Glamorgan was his true home.

Writing The Holy Kingdom, which put all these discoveries into context, served only to whet my appetite for more. I now wanted to know who in the past had owned the church and whether later generations of Welshmen had even been aware of its extraordinary secrets. As a result, I began to make extensive researches of my own. I began with the wealth of material contained in certain Welsh documents that had been assembled and translated into English in the late 18th and early 19th centuries and published under the title The Iolo Manuscripts. These presented the entire Dynasty of King Arthur, tracing his lineage back to Brutus, the legendary founder of Britain, and his Trojan ancestors. They also placed in context King Caractacus, whose existence is recorded by the Roman historian Tacitus.

As a result of Claudius’ leniency, Caractacus’ father, ‘Bran the Blessed’, was later allowed to return to Britain. In his party was one of his son’s daughters, St. Eurgain, as well as his Christian teacher, an Israelite who the Welsh called St Ilid, but who is more generally known as St Joseph of Arimathea. Bran settled within shouting distance of the old church on the hill at a place called Trevran or ‘Manor of Bran’. Meanwhile, Joseph is said to have preached nearby at Llanilid (‘Church of Ilid’), where there is an ancient earth-circle.

From other documents it was clear that descendants of St Ilid married into the royal family of Glamorgan, giving rise to the various Grail legends concerning Joseph of Arimathea. Other documents recorded the marriage into the royal line of ‘cousin’ of the Virgin Mary. Given the tradition that Joseph was either her uncle or brother, then this ‘cousin’ was surely descended from him. It therefore didn’t take a genius to work out that the real ‘Avalon’ had to be here, in Glamorgan, and not at Glastonbury (in the Somerset levels) which in Roman times was a pestilential marsh. Following other clues, I was soon able to identify the real Glastonbury and exactly why it had been given this name. This, I discovered, has nothing to do with ‘glass’, just as Avalon does not mean ‘island of apples’.

So why then had the English historians William of Malmesbury and John of Glastonbury got this so wrong? The answer could be summed up in one word: politics. English kings had always been keen to defuse Welsh prophecies for the return of Arthur and what better way to do this than to lay claim to his grave? By identifying certain bones in the graveyard of Glastonbury Abbey as belonging to Arthur and then building a magnificent shrine to house them, Edward I (1239-1307) thought he had control of the Arthurian legend. Those Welshmen who knew that this was not true kept their mouths shut. They didn’t want the English to know the real burial place and preferred to keep this a secret.

Meet the Author: Adrian Gilbert was born near London in 1949. In 1992 he met up with Robert Bauval and together they wrote what was to

Adrian Gilbert
BLOOD OF AVALON: The Secret History of the Grail Dynasty from King Arthur to Prince William
Watkins Publishing