0
Shopping Basket £0.00
Your cart is currently empty.
by watkinsbooks
with no comment
AstrologyMagazine
0 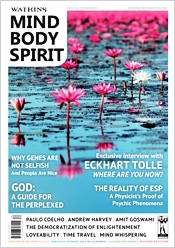 Ah, the summer breeze, a chance to regroup and to feel refreshed and stimulated with creative ideas. As nature depicts a time of full bloom our spiritual selves become enlightened with our senses. Allowing our internal selves to become ‘at one’ with the natural rhythm of nature can bring in its own rewards. This is a time to bask in the glory of the work we have all done in autumn and winter – enjoy!

June The planets reside in a large percentage in the zodiac sign of Gemini, the sign of communication ruled by Mercury. The Full Moon on the 25th of May falling in Sagittarius squared Neptune in Pisces is a testing time politically – especially in the USA, where Sagittarius is the rising sign of the country. The USA and its home-grown roots will be tested in what it means to be an American, while tensions in June with other countries could come to a head. The UK could see their economic structures take a surprising turn as they look for foreign investment. The emphasis of this month is that communication and early education will be in the news. On the 23rd of June Mercury goes retrograde again. The last time this happened in March this year it created chaos in terms of how the general population, particular in the UK, saw politicians in terms of policy and substance. There is little respite during this month as Jupiter does its last waltz through the sign of Gemini before entering the zodiac sign of Cancer on the 26th.

July Cancer is the Sun sign of the USA as shown in the 1761 chart. The planet Jupiter moves into Cancer where it will remain for the next twelve months. The last time this occurred was in July 2001, and we all remember that year the direct attack on American identity with 9/11. Not that I am suggesting that this will occur again, just that there is every chance that some form of conflict with another country could happen over the next twelve months that tests the inner faith of the American people. Jupiter will trine Neptune from the 14th by one degree creating new creative insights and indeed in the UK the royal family could well be in the news most of the month of July as Jupiter enters the UK’s 10th house. This could seem like a form of escapism for the general public, dissatisfied with the way that the Governments are dealing with the increased and rather turbulent economic state. The Uranus Pluto square is also reactivated this month causing more political bashing and unstable environments in terms of the Euro crisis and health care in the UK chart. This will be a powerful month in our human consciousness.

August Emotions could run high during this month. The rather stark contrast of July with August will only be relived by the need for humans to enjoy summer and to become much more of a collective as a society. All very utopian but nevertheless important guides as to how we all build new means of survival. Mars and Mercury remain in Cancer this month, the Sun in Leo and Mercury in Virgo. The new moon on the 6th in Leo will trine Uranus creating possible new avenues and bridges for political and social change. This wholly depends on how we respond to this energy and whether we as humans do anything about it. Leo is the royal sign of the zodiac so royalty and indeed family heritage will be a big feature of the month in the news. Saturn is travelling through Scorpio trying to support the undercurrents of change; this means a more psychological inner awareness will need to be implemented in our general outlook over the next two years. On the 21st a full moon in the sign of Aquarius will make a light square with Saturn. The last week of the month could prove to be the most unsettling for a long while in terms of peace in the world.

Demian Allan is a professional Psychic, Astrologer and Tarot reader. He is available for face to face readings every Sunday at Watkins Books. To book a reading, email service@watkinsbooks.com. Demian is the author of “The Astrological dynamics of the Universe, 1970-2020“, which is based on this regular column in Watkins’ Mind Body Spirit. The book looks at how the astrological cycles of planets in signs have had a major impact on the Western World since 1970, and how each of the 12 zodiac signs can get the best from the next eight years.
www.demianallan.com