Your cart is currently empty.
by watkinsbooks
with no comment
AstrologyYoga and Meditation
0 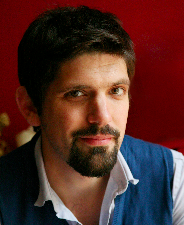 Demian is a Psychic, Astrologer, Clairvoyant and Tarot reader. He has been a professional psychic for twelve years, and is committed to high ethical standards in his readings. Demian is available for astrology readings at Watkins every week (call the shop to find out more).

There are quite a few people that would claim to have talent in reading tarot but truly ask yourself how many have the gift. Not many I’d wager and the ones who do don’t use it or are not properly trained. So it is up to people like Demian who have studied the art with focused discipline and vigour to fill that space.  Now I am not suggesting that Demian is not gifted but rather his approach is grounded and down to earth.

I had an initial reading with him four weeks prior, asking for guidance on a mundane subject which then prompted me to approach him again.  But on our second meeting his initial response was I don’t like to see people in such a short period. This was a good sign.

Demian uses the Opening of the Key Spread which is clearly illustrated by Paul Hughes-Barlow in his book entitled “Tarot and the Magus” and advocated by the “wickedest man in the world” – Therion (you would know him as Aleister Crowley).  This is not an easy method because it utilises an in-depth knowledge of astrology as well as taking account of numerous permutations that a normal spread such as the “Celtic Spread” would not encounter.

So Demian gave me a very detailed and open reading on a question that other readers would have bluffed.  When seeking advice from readers, the seeker invariably knows the answer (deep down). One just needs verification. Demian did this in one full swoop.

I won’t be seeing again, not because he was vague but rather because he was spot on. You maybe wondering about the question I asked but that would be telling..

Vinay Sud is a regular customer of Watkins Books. He runs a website www.global-lbs.com