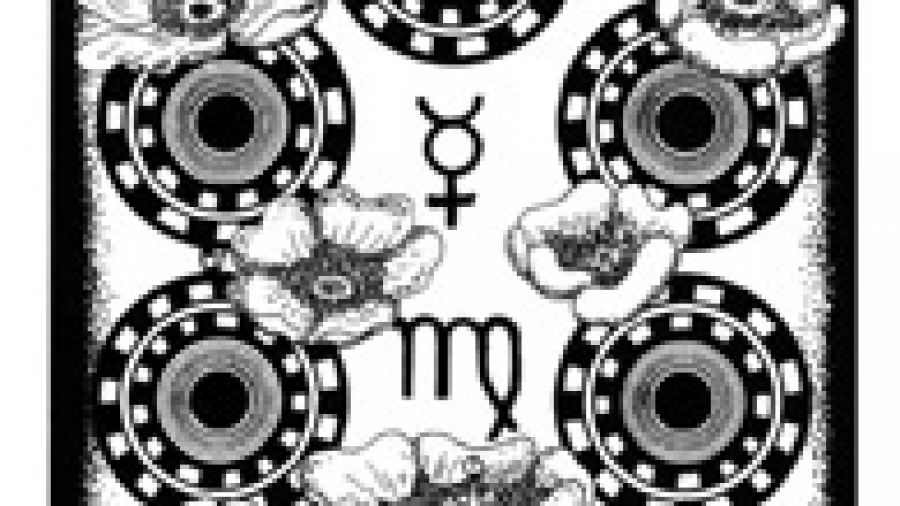 by watkinsbooks
with 2 comments
Astrology

“Every Wednesday I sit in the window at Watkins, waiting to give Tarot readings; watching people come & go, overhearing snippets of arcane conversations and reflecting on …
…ON TAROT AND CURRENT EVENTS.

As they say – making predictions is a chancy business, especially about the future!

Still I’d like explain a way of using Tarot to understand the flow of current events; or at least to understand some parts of them; a small bite at a time, so to speak. Like all good methods, the principles can be scribbled on the back of envelope.

First – have a genuine question, and –
Two – do the reading on behalf of person who will be directly affected by the event in question.

Let’s expand on this a little. It’s important when dealing with current events that we have some direct connection to it. If I pick up Hello magazine and wonder where David Beckham is going for his holidays, it’s unlikely to be anything more than idle curiosity. But if I have a job in Travel advertising and could use this information, well that gives me a direct connection. That will generate some real energy and enable me to use, or rather activate, the Tarot.

But I have done many readings, especially political ones, in which I have no direct concern — so how does that work? It works because when I do it I have a real and strong motive; I want to be a better Tarot reader, I want to understand Tarot more clearly.

How is it done ? By picking a card to represent someone who I know will be directly affected. Pick the indicator based on colouring, physical type, profession,or by whatever you know of their character and history. Here’s an example:

Do you remember the AV referendum in May this year? Well I was not going to be materially or emotionally affected by the vote; nor did I know anyone who would have been who would sit still for reading.
I looked for a public figure who would definitely be affected by the result and decided on Nick Clegg. I knew that a “Yes” vote would be good for him and a “No” vote bad. The Significator I selected for him was the Knight of Cups in the deck I use for these kind of readings, the Hermetic Tarot. I used a simple 3 card layout with the significator in the centre, past card on the left and future on the right.

My interpretation was that the AV vote would be negative, mostly based on the Fortitude card. Why would the Tarot advise Clegg to be brave and hold strong unless there was a problem to be brave about? So, a “No” vote. This proved to be right. A side issue and a bit unexpected – because Fortitude is not a negative card by nature, and the two cups sit well together things won’t turn out that badly in general. for him. So far this seems to be true but anyway it is peripheral.

It’s worth noting that this interpretation is based on the cards in this deck; if I had used – say – the Crowley Thoth deck and got the same cards thus ….
[row][span12]

I would have said the opposite, that the AV vote would pass, because the equivalent card to Fortitude here is Lust and looks to me a lot more like celebration and an invitation to party! The cards are so different even though both decks come directly from the Golden Dawn tradition.

This is a good example of how we have to evaluate the cards differently, depending more on the look of the cards and our personal responses rather than standardised book definitions.

As another example let’s look at another older reading that I did for the American Presidential election in 2004 where I drew cards for George W Bush and John Kerry. I had a personal interest here, an emotional one, I wanted Kerry to win. Here is the reading; same format – the Significator and the card on each side. However Kerry’s card was at the end of the pack (perhaps an indicator in itself) and so had only one card beside it.

Now we can see at once that Kerry isn’t going to win! The Hermit is obviously almost the least likely card or character to hold public office and is the only card affecting him. Even aside from the card name and accepted associations look at his posture! Does he look like someone who has won? Not to me. Bush would have to have spectacularly awful cards to lose and he hasn’t; he has good support from the 10 Pentacles, more so because in the same suit; weakened somewhat by 5 Cups but only a little. So with reluctance I decided Bush would win.

Now of course these are simple situations, win or lose; very different from from – say – the complexity of the current situation in the EU. The principles hold true – find someone who will be affected by what happens, select the card for them and do the reading.