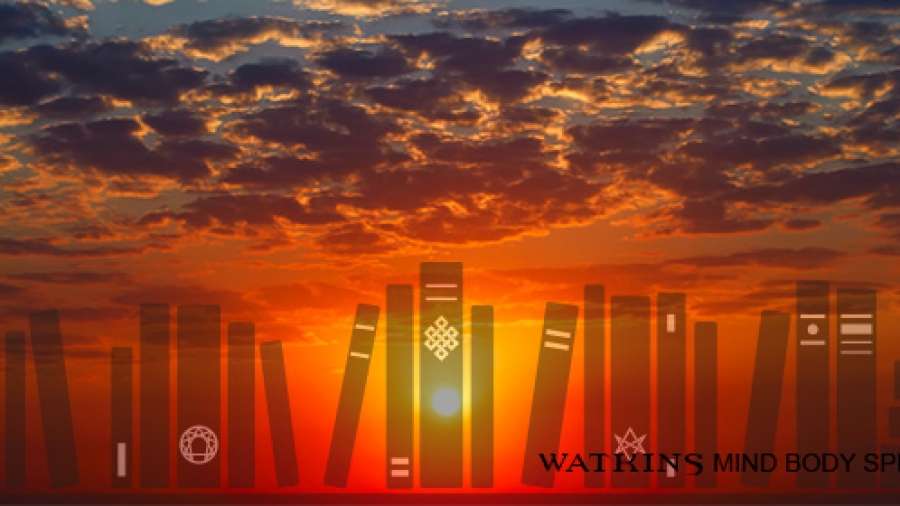 by Watkins Books
with no comment
BookshelfMagick and occult

This year June 21 marks the Summer Solstice in the Northern Hemisphere. In the Southern Hemisphere, where the June solstice is known as the shortest day of the year, it marks the first day of astronomical winter. ‘Solstice’ – from Latin ‘solstitium’- means ‘sun-stopping’ and indicates the first day of the astronomical summer, after which the point on the horizon where the sun appears to rise and set, stops and reverses direction. The summer solstice day has the longest period of daylight and it has inspired celebrations, festivals and religious holidays worldwide. On this day Stonehenge in England sees hundreds of people celebrating near the stones, the megalithic structure considered one of the oldest evidence of the Summer Solstice’s importance in culture.

To inspire and celebrate this day we put together a selection of our favourite titles on Summer Solstice, the land of Avalon and Stonehenge.

Hidden Stonehenge: A Temple in North America Reveals the Key to Ancient Wonders by Gordon Freeman
Hidden Stonehenge is a remarkable chronicle of one man’s drive and determination to uncover the mystery of Canada’s Stonehenge in the remote plains of southern Alberta, abandoned centuries ago and largely forgotten ever since. Astonishingly, it not only predates England’s Stonehenge by about 800 years but also predates Egypt’s pyramids. It has been proven that the calendar its design encapsulates is slightly more accurate than the Gregorian calendar currently used internationally. The author, Gordon Freeman, discovered the extensive Sun Temple more than twenty years ago, and he has dedicated almost the same number of years to unraveling its meaning. At the heart of his book is a detailed comparison between the Sun Temple and Stonehenge. He reveals that 5,000 years ago Britons and Plains Indians made precise astronomical observations at these two sites halfway around the world from each another at nearly the same latitude. These similarities make us think again about the supposedly ‘primitive’ nature of prehistoric peoples’ understanding of the cosmos.

GWYN – Ancient god of Glastonbury and key to the Glastonbury Zodiac, is the debut book written and illustrated by Glastonbury based artist and researcher, Yuri Leitch. Adorned with many of his own beautiful illustrations, and quotes from arcane medieval Welsh manuscripts, the author hopes that this book will educate, uplift and inspire the reader’s imagination. ‘Gwyn’ is the culmination of six years of contemplation, historical research and investigation into the sacred landscape of Somerset’s unique landmark, Glastonbury Tor. The book takes the reader back to the beginning of the 1st century – to the tribal society of the Native Britons specific to this area; the tribe that are known to us as the Durotriges. We glimpse their spiritual world by looking at The Children of Don; the Durotriges’ pantheon of gods, goddesses and specifically Gwyn ap Nudd, the ancient god of Glastonbury.

Our knowledge about Stonehenge has changed dramatically as a result of the Stonehenge Riverside Project (2003-2009), led by Mike Parker Pearson, and included not only Stonehenge itself but also the nearby great henge enclosure of Durrington Walls. This book is about the people who built Stonehenge and its relationship to the surrounding landscape. The book explores the theory that the people of Durrington Walls built both Stonehenge and Durrington Walls, and that the choice of stone for constructing Stonehenge has a significance so far undiscovered, namely, that stone was used for monuments to the dead. Parker Pearson’s book changes the way that we think about Stonehenge; correcting previously erroneous chronology and dating; filling in gaps in our knowledge about its people and how they lived; identifying a previously unknown type of Neolithic building; discovering Bluestonehenge, a circle of 25 blue stones from western Wales; and confirming what started as a hypothesis through more than 64 cremation burials unearthed there, which span the monument’s use during the third millennium BC.

Avalon a site of great power, revered since ancient times as an entrance to, and exit from, the Otherworld. Isle of Avalon illustrates and describes the physical and sacred topography of the Isle as well as its symbols, architecture and history.
This is an updated and revised edition of the first book to provide a coherent context in which to understand Avalon’s many mysteries. Nicholas Mann shows that the landscape features of the Isle and Glastonbury Tor, including the Glastonbury Zodiac, The Abbey, The Tor Labyrinth and the St Michael Ley Line are congruent expressions of Avalon’s remarkable qualities as a focus for the magical and spiritual power of the English landscape.,