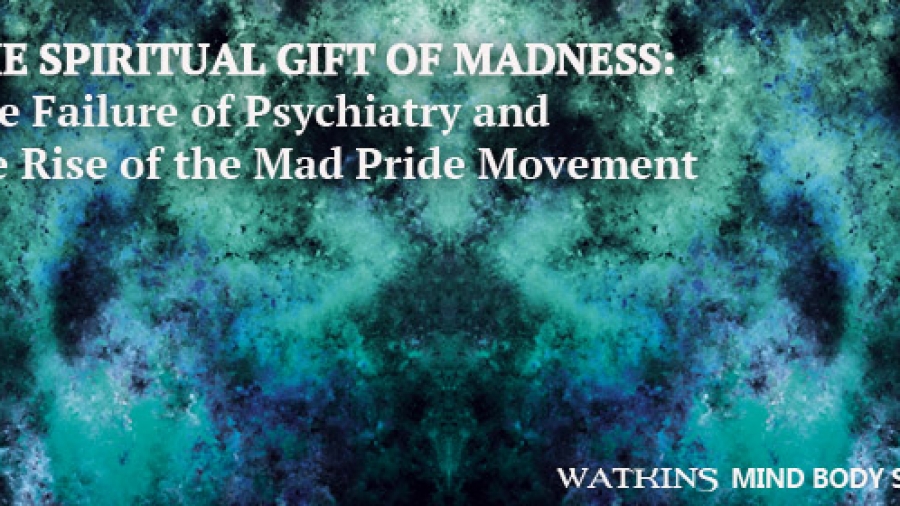 [dropcap]I[/dropcap]n 1967 R D Laing’s book The Politics of Experience was published. It exploded in the fortresses of the establishment like a spiritual Molotov cocktail. A virtuoso and mythic writer, Laing laid bare in poetic prose the normalized and hence covert violence and hypocrisies of modern society. Laing wrote: “Normal men have killed perhaps 100 million of their fellow normal men in the last 50 years. The condition of alienation, of being asleep, of being unconscious, of being out of one’s mind, is the condition of the normal man.”

The other side of the coin was the spiritual nonconformity of the mad: “If the human race survives, future men will look back on our enlightened epoch as a veritable Age of Darkness… The laugh’s on us. They will see that what we call ‘schizophrenia’ was one of the forms in which, often through quite ordinary people, the light began to break in the cracks in our all-too-closed minds.” This was shocking – written less than a generation after schizophrenics were locked away for years in state mental hospitals, 12 years after the end of the lobotomy craze.

In the early 1970s, the mental patients liberation movement was launched in America. Many individuals in the movement had been influenced by Laing but his theories never became part of the movement’s ideology or vision. The movement itself was a product of the theories of psychiatrist Thomas Szasz – the second most famous critic of psychiatry in the 1960s and 1970s. Szasz’s deconstruction of mental illness made possible a paradigm shift in the psychology of human behavior: Troubled individuals – even “schizophrenics”- were suffering from “problems in living”, not from mental illnesses. Laing, Michel Foucault and Dr Peter Breggin, among others, acknowledged their debt to Szasz.

The movement was given a boost with the publication in 1978 of On Our Own: Patient-Controlled Alternatives to the Mental Health System by Judi Chamberlin, a Szaszian. The movement had two main goals, Judi Chamberlin wrote in a retrospective in 1990: developing self help alternatives to traditional mental health treatment and securing full citizenship rights for those labeled mentally ill – in particular this meant opposing the widespread practice of the confinement and involuntary treatment (psychiatric drugging) of mental patients in violation of their constitutional rights.

THE SPIRITUAL GIFT OF MADNESS: The Failure of Psychiatry and the Rise of the Mad Pride Movement by Seth Farber, Ph.D., (Foreword by Kate Millett), published by Inner Traditions, paperback (416 pages).

Any chance the movement had of effecting reforms in the mental health system vanished in the 1980s when the American Psychiatric Association changed their guidelines and began to accept (and solicit) funds from the pharmaceutical industry. Mental health professionals became junior partners in a billion dollar industry, the sole goal of which was to sell drugs and make profits.

In my opinion the greatest accomplishment of the mental patients’ liberation movement was its demonstration of the power of a (new) metanarrative to transform peoples’ lives. The former patients proved Szasz was right: “schizophrenia” was a social construction. In my first book, Madness, Heresy and the Rumor of Angels (Foreword by Thomas Szasz) I tell the stories of seven of these people – including the mystical features of their “psychotic” episodes. In this book and in my most recent book The Spiritual Gift of Madness, I tell the story of David Oaks, for example.

During the Bush years I had become discouraged with the movement. As the government became more repressive under Bush (a trend that continued under Obama) and the threat of ecological catastrophe (e.g. global warming) grew greater due to the destruction of the environment by corporate interests, I began to feel that there was a need for a Mad Pride movement with a wider focus and a higher goal than “revolutionizing” the mental health system.

I discovered to my surprise in 2007 that there was a new organization with a more Laingian approach. I read the Mission Statement of The Icarus Project (TIP) founded in 2004 by Sascha DuBrul and Ashley (now “Jacks”) McNamara, two activists in their 20s, and I was stunned. It reads: “We are a website community, a support network of local and campus groups. . . created by and for people living with dangerous gifts that are commonly diagnosed and labeled as ‘mental illnesses.’ We believe we have mad gifts to be cultivated and taken care of, rather than diseases or disorders to be suppressed or eliminated. By joining together as individuals and as a community, the intertwined threads of madness, creativity, and collaboration can inspire hope and transformation in an oppressive and damaged world.”

But TIP was TOO good to be true. A couple of years after DuBrul and McNamara founded TIP, they changed their positions. I think the position of most TIP “leaders” today is that the movement is better off without a metanarrative or a global vision at all.

I started off in 2007 with the intention of writing a book about the Mad Pride movement, but decided in the process that I needed to intervene – to influence the direction of the Mad Pride movement, or at least to find some among the mad who were moved by the messianic perspective. Paul Levy – the main interview in the book – had a similar perspective, but Paul wasn’t in the movement. Laing had planted the seeds in 1967. Laing had implied that the mad could transform the world. He states it just once, in The Politics of Experience: “Our society may itself have become biologically dysfunctional, and some forms of schizophrenic alienation from the alienation of our society may have a sociobiological function that we have not recognized.” What is this sociobiological function and how does “schizophrenia” serve it?

This sociobiological function manifests itself in the feeling that one has a mission to save the world, as I show in The Spiritual Gift of Madness. This is not a “grandiose delusion,” a symptom of “psychosis,” as the psychiatrists claim. It is the prophetic or messianic calling. The mad person can fulfill it by becoming a catalyst of spiritual transformation. The messianic consciousness typically appears spontaneously in the experiences of the mad. It is what makes the mad distinctive. Yet, even in its second phase, the Mad Pride phase, of the radical patients’ movement, it has not been fully and consciously affirmed as a foundation of the movement. To the contrary, it is still marginalized and privatized. This is a lost opportunity for the Mad Pride movement.

Many of the mad have had this realization – they have received the prophetic call.

The article in its full length is included in Watkins Mind Body Spirit, Issue 32.

Seth Farber, Ph.D., is a psychologist, public speaker, and a founder of the Network against Coercive Psychiatry. The author of several books, including Unholy Madness, and an editor of The Journal of Mind and Behavior, he lives in New York City. www.sethHfarber.com