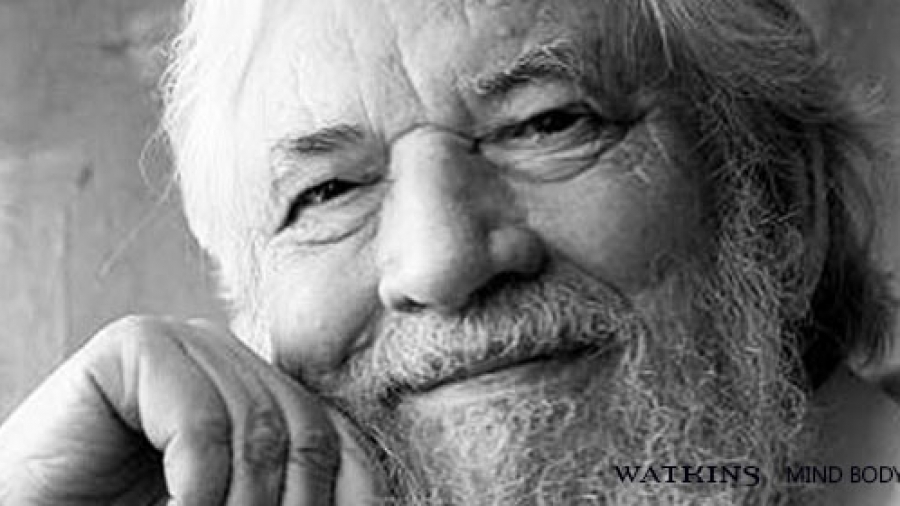 Dr Claudio Naranjo was born in 1932 in Valparaiso, Chile. Initially trained as a classical pianist and

composer, he entered a medical school in Santiago and become a medical doctor in 1959. Curiosity for further psychological and spiritual knowledge and understanding led him to the now well-known Esalen Institute in California where he became an apprentice of Fritz Perls, the father of Gestalt therapy. The accidental death of Dr Naranjo’s son in 1970 prompted his return to Chile and set him on a spiritual pilgrimage under the guidance of the Bolivian spiritual teacher Oscar Ichazo at the Arica Institute in northern Chile. Ichazo taught Dr Naranjo and a small group of students a profound and insightful spiritual and psychological method of personality typing. This powerful body of esoteric knowledge become known as the Enneagram and from that time has spread widely throughout the world. Dr Naranjo was able to enrich the Enneagram with his deep understanding of the human psyche and the western psychological traditions.

Below is an extract of an interview with Iain McNay recorded in London for conscious.tv. To watch the full interview go to: www.conscious.tv and find it under the Consciousness/Transformations section.

Iain: After a time you returned to Chile and I think it was there you met Oscar Ichazo, who was Bolivian. Again he was a great influence on your life, but also it was challenging because you weren’t sure, when you first met him, were you? I think you heard about him first, from students of yours.

Claudio: Yes, my students told me, “You must come and meet this man.” And there was a sense that when people are ready a teacher appears. I left a group without a head when I came back to Berkeley. I had started a group on some work… and this emptiness came, and was filled with visits from Ichazo who was living in Bolivia at the time. They recommended I came down, and they said extraordinary things about him. When he first received me in the house he was occupying in Santiago he was very polite, “Come this way Doctor, sit down please. I’m sorry I’m not wearing a tie.” [both laugh] I felt he was playing a role and I disdained him from the beginning – excessively polite, excessively conventional. He didn’t command admiration from me and as time went on, I saw he was not reliable and he seemed to be intentionally showing me he was not reliable.

Iain: But was there something else that was very strong for you?

Claudio: There were two things. One is, he was my connection to the mysterious school behind Gurdjieff. The only person I knew who claimed to be in contact with that mother school.

Iain: Did you feel he had been to the same mother school as Gurdjieff?

Claudio: Not only did I feel, but there was some confirmation; confirmation of a different nature. Once he told me Gurdjieff was in the courts. “What do you mean, in the courts?” And he said, “Court of the Bees.” And I said, “The ceremony?” [Ichazo replied] “Ah you know about the ceremony… yes, that’s where I come from.” So there were moments of confirmation in private conversation. He once told me a story very much like the one told by Gurdjieff in his autobiography, Meetings with Remarkable Men when he crosses a high bridge blind-fold – the same story. I didn’t know whether it was true or not true, but he was letting me know he was in touch with those people and the main argument for my thinking he was, was such a convincing body of knowledge related to the Enneagram. It was not knowledge that Gurdjieff had put out, but it was completely coherent with Gurdjieff’s manner of discussing the Enneagram as a universal map that could be applied to different levels of experience. So here was the next chapter.

Iain: And where do you feel that Oscar had got this information on the Enneagram from? I’ve heard different stories. What’s your own feeling from what he told you?

Claudio: Well, he told me a number of things over time, but perhaps I should preface everything I say about him by telling you that he never described any of the character types. When people say, “A [type] One is like this” or “a [type] Two is like that” or “the pride type has such-and-such traits,” that comes from my own work. And that’s why only people that came through my school became teachers of the Enneagram. Everybody who’s been taught the Enneagram has been taught by somebody in my original school, or some have become teachers like Hameed, who became A.H. Almaas, and like Sandra Mandel Baum who became Sandra Maitri. They were not in Arica, but there were a couple of people who were in Arica, like John Lilly, or my helper Rosalyn Schaffer who was in my original SAT group. She had been in Arica and she was amazed how she was hearing for the first time descriptions of the characters that Oscar had never produced and this is what people took notes about – and transmitted to people outside our group, even though there had been a commitment [not to].

Iain: The image I’m getting is that you took a basic map that you had from Oscar and that you filled in lots of details.

Claudio: I filled it in. And as Oscar said, “I have been trained as a seed individual many times…”; his function was to be a seed individual. It took many years for me to understand that what I had done was to water the seed. I had cultivated the seed and everything that emerged from my work was of that sort: fleshing in the skeletal information or the schemes he passed on.

conscious.tv is a free TV channel broadcasting on the internet at www.conscious.tv and on the SKY satellite system in the UK. Our programmes are also broadcast on satellite and cable channels in different countries. For more information on broadcasting times please visit www.conscious.tv
conscious.tv sets out to question, enquire, inform and enlighten – wishing to stimulate debate and to inspire viewers in all areas of Consciousness. Many people interviewed come from viewers’ recommendations. conscious.tv welcomes responses and feedback. If you have suggestions for potential interviewees, topics and/or wish to be on our mailing list, please write to: info@conscious.tv