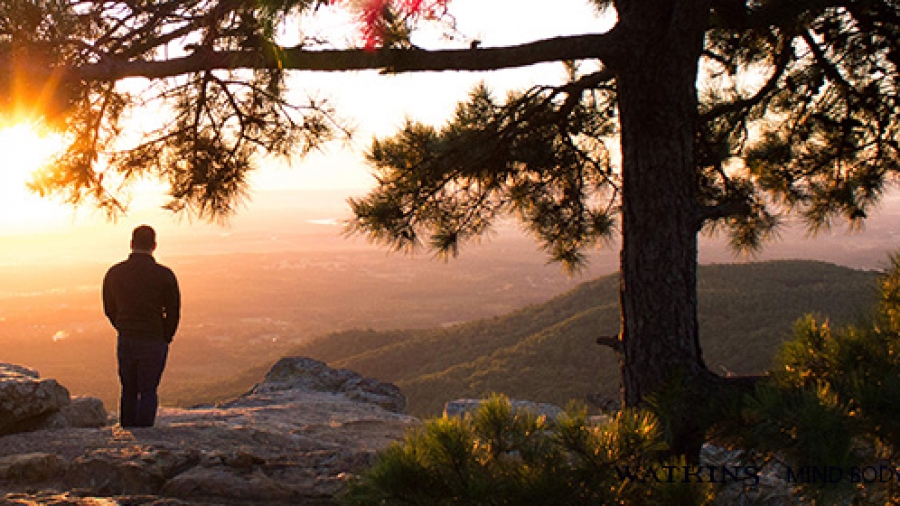 The effortless universal virtue of humility is what evokes enlightenment in life. The big problem with this mystical virtue is generally we only have fleeting moments of its power, as we constantly get sucked back into the subjective dramas of the world in our mind. As a result, we revere the sage for their sustained absorption in the lowest and paradoxically most powerful state of humility. A master absorbed in the humble and most refined state of consciousness has truly accepted life as it is. They have no desire to promote their own agenda, as from this state all agendas have evaporated like dewdrops on a hot sunny day.

We seek to attain this level of perception through our spiritual practice but we get lost in social and cultural habits of thinking linearly, as we strive to succeed by gaining “spiritual powers.” This has more to do with showmanship than mysticism. We shed our old persona for a new and improved “spiritual persona.” Still driven by the ego we are attempting to define ourselves as someone “special” in relation to the world. Our spiritual practice becomes more about how to stick our head above the rest of the crowd.

But enlightenment has no relationship to such an approach. Enlightenment is evoked by resting in the lowest place of humility. Water corresponds to this low place of humility. Water is the lowest force of nature, yet paradoxically it is the most powerful. Humility, like water, is the low and receptive virtue of nature within our psychology and linked to the unconscious, which paradoxically is the most powerful state of being that transforms the world without any intention to do so.

Enlightenment is not something we can strive to attain. It is as natural as water moving down a mountain stream undisturbed, where the destination and journey are one. Humility is the state of consciousness when destination and journey, self and other, individual and universe, samsara and nirvana, reveal their intrinsic unity disguised as mutual opposites. Humility evokes this perception of enlightenment, which is actually the fruit of all spiritual practice and also life. We don’t perceive this in our life or practice because we are indoctrinated by culture to focus on the foreground of life instead of the background. We only perceive and are attracted to chaos in the world which is a reflection of the attraction to chaos within our mind. This eventuates because we have not refined our consciousness into the pure jewel of transparent and reflective awareness. When we are caught in the detail/drama of life we are trying to control the universe to suit our egotistical desires and cravings. We are still playing a game of one-upmanship with the world because we appall the low road of humility that unites us with the source of the universe.

Humility evokes enlightenment when we give up trying to control life and instead trust the universal flow in the same way that water trusts the contours of a river without resisting its own clear nature of transparency and reflectivity. We are out of sync with the universe because we have lost this innate trust. Our trust continues to sleep dormant because we are trying to change the world to suit our conditioning according to sensory pleasures with the absurd exclusion of pain.

Changing the world is the primary focus of most people. We feel as though we are saving the world but we don’t know who or what from. We believe we are a prisoner in this beautiful garden. We seek to save ourselves from its claustrophobic steel bars that develop in our mind so we can someday enjoy the aroma of the flowers. But we were never enslaved, nor is there anything to free ourselves from. We have invested too much time and energy on the chaos of the world within our mind without realizing it is only the detailed foreground of an orderly background.

Intrinsic to chaos is order. This is the evolved perception of a sage. If our perception is too contracted we lose sight of reality as it is. We perceive chaos within and without, and believe it is stagnant and not undergoing any fundamental change. We become frustrated as a result and seek to force change with an intention that is solely our own. Trying to change or save the world implies that reality is not already perfect and that somehow we are isolated from it as a stranger in this cosmos. Contrary to this common feeling, when we let go and trust the universe, as a sage does, we realize deep within a “sense of unity” that is the goal of all spiritual practice and life.

The fundamental paradox of life is we can never know true and authentic unity if we do not trust the universe. You cannot strive for unity because unity is evoked by the trust you live. Though, this unity is not the same unity that we dream about in images of world peace. It is the unity which dawns on an individual consciousness when opposites merge and chaos becomes perfect order from a state of perception so pure that the nature of the universe is finally seen as it truly is. Only then is world peace possible because our perception of order instead of chaos has given us the humility to receive the world with open arms and an agenda-less mind. Our struggles in life are born from not perceiving perfection in what others erroneously believe is imperfect. Our fundamental notion of duality between self and the universe continues to eclipse this beautiful perfection from our eyes. Living the science of humility is the sage’s medicine for our blindness.

About the author: Jason Gregory is a teacher and international speaker specializing in the fields of Eastern and jason-gregoryWestern philosophy, comparative religion, metaphysics, and ancient cultures. For several years he studied with masters in Buddhism, Gnosticism, Hermeticism, Hinduism, and Taoism, travelling to some of the most remote places in the world. The filmmaker of the documentary The Sacred Sound of Creation, he divides his time between Asia and Australia.

Jason Gregory
The Science and Practice of Humility: The Path to Ultimate Freedom
£12.99, available from Watkins Books