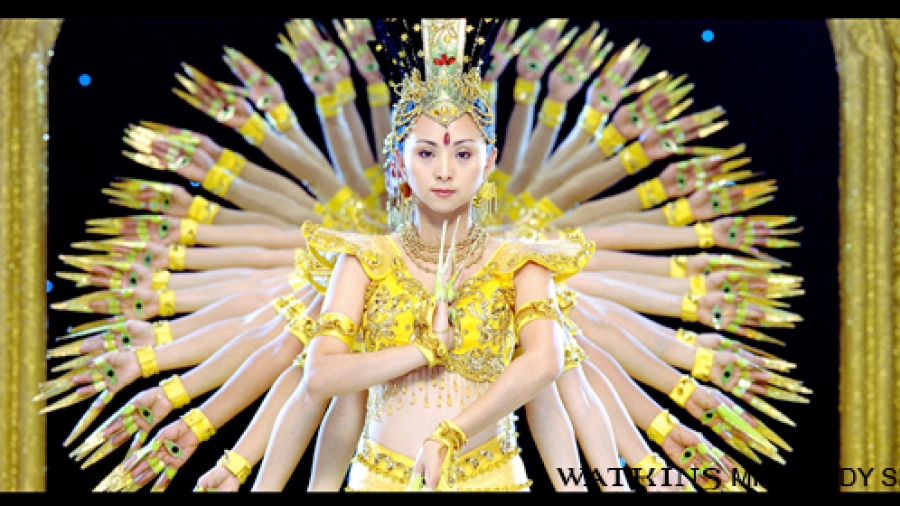 An Interview with Mark Magidson by James Barber

Samsara: The World Seen in Silence – An Interview with Mark Magidson by James Barber

Samsara is nothing short of a modern-day masterpiece. Filmed in 25 countries, over the course of almost 5 years, this visual feast explores the wonders of the world in stunning and striking images, creating an almost meditative effect. Taking the viewer on a global voyage through sacred grounds to disaster zones, industrial sites to natural wonders, this non-verbal film illuminates the connection between humanity and the rest of nature, showing how our life cycle mirrors the rhythm of the planet. In an insightful interview I talk with Mark Magidson, producer of Samsara, about the creative process that was involved in making the film, why there are no words, and what he has learned about the world we live in. 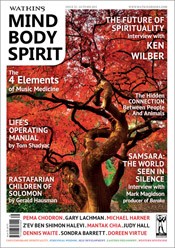 The much-anticipated release of Samsara last year marked the 20th anniversary of Mark Magidson’s award-winning andcritically-acclaimed film Baraka. Like Samsara, Baraka had no plot, no storyline, no actors, and no dialogue. Instead this immersive film took its viewers deep in to a world which at that point had not been seen with such intimacy. Reflecting on the 20 year gap between the two films, Mark says that the impetus to start filming again came after he re-connected with his filming partner, Ron Fricke, director of Baraka. ‘‘It was quite an organic process. We just started talking about it, and then we developed a treatment and an outline,’’ he remembers. ‘‘There was a feeling that we’d both developed a particular kind of film-making, and we wanted to take it further, we wanted to see if we could make it better than the last one.’’ However, this unique kind of film-making isn’t without its problems, as Mark expresses: ‘‘Part of the reason why there is such a big gap between Baraka and Samsara is that these films take a long time. It’s hard to have a semblance of a normal life if you have a family. If you are making a film of this kind you have to make room for it, and come to some type of agreement with your family to make it work.’’

The sacrifices Mark and Ron have made to create the film have certainly paid off. After spending time extensively researching where they would film, they decided to jump right in the deep end filming in New Orleans not long after hurricane Katrina. ‘‘We first went to film New Orleans in 2007. It was just over a year after the hurricane and although there had been some restoration work done, the structures were still there, they hadn’t changed. We were able to get in there and get the material which you can see in the film.’’

The scene which Mark describes is probably one of the most haunting moments in the film and acts as a sobering reminder of the decaying ruins that still remain. There are also lighter moments in the film which capture humanity at its purest, but the film does not shy away from showing the darker forces that are taking hold of much of the modern world. In Mark’s opinion this polarity of opposites is very much connected to the name of the film. ‘‘Samsara is a Sanskrit word that means birth, death and re-birth, another word would be impermanence,’’ he explains. ‘‘It’s about how everything is impermanent and how life goes in cycles, and that’s the overarching theme. This is why we had the mummies, the sand rooms in Nambia, the Katrina footage – and that’s what the Sand Mandala is a metaphor for. These Buddhist monks take all this amazing skill and care to create this thing over several days and then they destroy it as a metaphor for impermanence; so that’s what the film’s about.’’

Like Baraka, Samsara has been praised for offering a rich sensory experience through breathtaking images and continues the unconventional technique of dispensing with dialogue, allowing the scenes in the film to unfold naturally. ‘‘It’s a way of providing a different kind of film-going experience where you are allowing the audience to bring their own inner dialogue rather than providing it for them,’’ explains Mark. ‘‘People refer to this as a documentary, but I always struggle with that; its non-fiction imagery. You think of documentaries as delivering information and this type of film-making is more about trying to get in to a feeling that allows the audience space. We try to walk a fine line between editorialising and touching on a subject matter that some people might say is political in nature.” Mark says that although the film explores themes of war, sexuality, the mass production of food and capitalism, they are trying to make more of a statement about the state of the world at this time, as opposed to telling people what they should think about it. ‘‘We are trying to be careful about not coming across with a strong view about it because it takes it in to a very different film experience,’’ Mark explains. ‘‘We are really not trying to have a pedantic point of view that would take the audience to a place where they say I agree or I disagree with the film-makers point of view. We are trying to go down the line of touching on those themes but not going too far in to them, because we don’t want it to become an intellectual experience. We are trying to guide it in to a flow and be more about feelings.’’

What Mark does hope viewers will take away from the film is the deeper truth that we are all inter-connected, a concept that comes alive through intense frontal shots of subjects often looking directly in to the camera – a technique which Mark describes as an attempt to find the essence of the subject. ‘‘There’s minimal direction,’’ he says. ‘‘It’s really ‘look at the camera, don’t blink’. Hopefully the essence of that person is revealed in the portrait.’’

‘‘We have a lot more portrait shots in Samsara than we do in Baraka. You first see it with the Bali girls in the beginning. It’s like they are staring at you from eternity; and that was the blueprint for the frontal portrait shots you see later in the film.’’

One of the most striking scenes from the film is a portrait shot of a tough-looking Mexican man, tattooed from head to toe, cradling his baby daughter. ‘‘That scene was filmed in East LA,’’ Mark comments. ‘‘When we showed up at his apartment to film, he was there with his wife and they had this baby. We didn’t know about the baby until we got there. We thought it was going to be another frontal portrait shot, but when the wife brought the baby out he started going crazy over it, and so we started rolling the camera.’’

‘‘We’ve all got a finite amount of time here and I think everyone is looking for answers in their own way of what is going on around the world,’’ explains Mark. ‘‘We are trying to provide a film experience that transmits this in an inner feeling way rather than lecturing. And that’s what I think is nice about the combination of music with images – that it really is reflective of an inner state; it creates a place where you can feel a connection. It creates a certain kind of experience that is not judgemental, but that is illuminating; and that gives you the feeling that you are part of that phenomenon of life around the world.’’

Mark says that the experience of filming Samsara has made him more of a compassionate person, and hopefully more understanding of what’s going on in the world – how other people live and experience life. ‘‘Maybe that is the equivalent of being more spiritual,’’ he ponders. ‘‘It’s not so much to me about Samsara being mystical, more than it is about being human to human. For me the essence of the film is about a sense of connection to humanity across the world.’’

Having just finished the promotional tour for Samsara, Mark says he is now on a well-earned break, and plans to spend more time with his family in LA. He is reluctant to speak of his next filming project but states there is definitely something in the pipeline. ‘‘There is a lot out there, there’s so much material in the world. We are just touching on the surface. At this point in my life I have a problem with doing a project that takes such a long time. The film is 100 minutes long and it took four and half years to film to make it – that’s a long time. Hopefully it will have a long life like Baraka.’’

Mark Magidson is the producer, co-editor, co-writer on Samsara, Baraka and Chronos. In the broad landscape of independent film production Mark has emerged as a unique filmmaker who has undertaken artistic projects that are epic in scale, entail great technical complexity and innovation, and transcend an ordinary view of the world. An inventor and industrial designer with a diverse technical background, and equally comfortable in both creative and producing roles, Mark is a hands on filmmaker who is deeply involved in all aspects of his projects, including concept development, production management, editing, and scoring.  In the course of the last 20+ years he has taken crews to over 50 countries in search of profound and one of a kind imagery.www.spiritofbaraka.com

Meet the Author: James Barber currently works as a hypnotherapist/counsellor and is the founder of MindCleanse, a therapeutic service that takes people beyond the mind to connect more deeply with what’s in their heart. Issues such as stress, anxiety, depression, and improving self-esteem are explored through deconstructing old belief patterns, connecting clients with the power of their intuition, and helping them to embrace their own innate wisdom. With a desire to reach the masses with his work as a hypnotherapist, James also hosts a FREE event in a nightclub in Dalston, London, in which people come to experience being hypnotised. Incorporating his passion for the creative arts, James synchronises ambient avant-garde music that speaks the language of the soul with his hypnosis. mindcleanse.co.uk

“A fascinating, clever and thought-provoking statement on the world we live in.” – Independent on Sunday