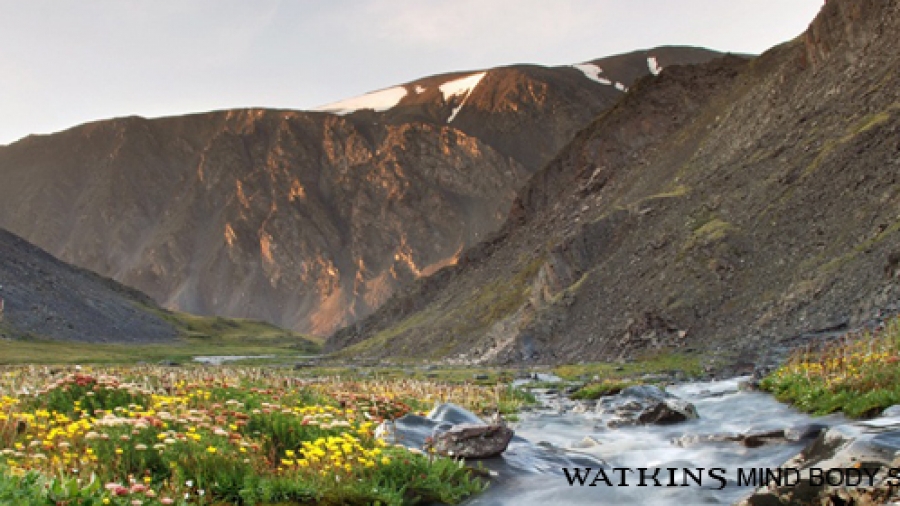 For the past 25 years I have been religious advisor to the World Wide Fund for Nature (WWF) International. It is a strange role albeit one which led Prince Philip and me to start a new foundation in 1995 called the Alliance of Religions and Conservation (ARC).

For many of those who are religious or exploring spiritual issues, the idea that faith and nature would be obvious partners is not unusual. However, when we started, to the average environmentalist, this sounded initially like some kind of heresy.

But over the past quarter century, the idea that this planet is sacred and that therefore we should care for it, has grown so widespread as to enable faith based environmental organisations to become the fastest growing section of the environmental movement.

This has given me the great privilege of travelling the world working with traditions as diverse as Mongolian Buddhists, Chinese Daoists; Indonesian Muslims, Mexican Catholics, and Sub-Saharan Christians. What I have found time and time again is that although they do all have deeply-felt teachings about the sacredness of the natural world, the stories and understandings of the role of sacred land in each tradition are also very distinctive.

For example, in Mongolia we have worked with the Buddhists in translating into modern Mongolian the hundreds of ancient sutras which relate to almost every single mountain and river in the country. Many of those sutras were destroyed under communism, and they have only survived hidden in walls or floors or caves. Yet if modern Mongolians can read them they can realise that many contain within them great wisdom about the fragility of their land. One of the sutras related to the great Bogd Khan mountain for example says that if you cut down the trees on this part of the mountain the goddess protector will flood your village. Contemporary environmentalists have said that this is very sound advice, as that particular side of the mountain had the most fragile ecology, and the removal of the vegetation would indeed lead to flooding and soil erosion.

I have learned that one of the best ways to preserve memory and wisdom about previous environmental disasters is to enshrine them in sacred texts and talk about sacred land as a result. In China my colleagues and I have worked for many years helping to protect the major sacred Daoist mountains such as Hua Shan or Taibaishan, in central China. But we have also worked with the feng shui philosophy which underlies the design of every ancient Chinese city. Forget the modern stuff about “feng shui-ing” your bathroom. In its more traditional, and useful sense feng shui (which means “wind and water”) is about how to design the world in accordance with the fundamental cosmic forces of yin and yang, with the mountains to your back and the valleys to your front. This is how China has laid out its great cities and towns, monuments and tombs for thousands of years. Beijing, Xi’an, Shanghai and Wuhan: all of them are architectural and town planning examples of fung shui in application.

For the past 25 years or so I have been a translator of sacred Chinese texts such as the Dao de Jing, the I Jing and the works of Chuang Zi, so I knew about feng shui in China. What I did not know until I went for meetings in 1991 in Russia at the request of Prince Philip, was that all our old cities and towns in the West were laid out according to a Christian geomancy.

I was staying at the Danielov monastery in Moscow when one night a couple of Russian Orthodox bishops, deeply interested in conservation, rolled out a huge map of Moscow. They showed me how the design of Moscow incorporated symbols of the Unity of God, of the Trinity and of the vision of a New Jerusalem as described in the Book of Revelation. They showed me why certain churches or monasteries were dedicated to a specific saint because he or she would protect the city from that compass direction or guide the city dweller in meditation in the midst of every day life. When I expressed astonishment at this, they looked equally astonished. “Surely you know this” they said “because all your towns and cities are laid out on the same principles?”

I had not. But when I returned home I began to look again at places I thought I knew. My home city is Bristol. My family name of Palmer means that an ancestor, probably in the Middle Ages, was a professional pilgrim, paid to make pilgrimages that wealthier people did not have time for, and bringing back a palm leaf from the Holy Land to show he had made it. I grew up on a vast council housing estate on the edges of Bristol where my father was vicar, and where it seemed there was nothing older than me. So as a teenager, almost every weekend I would take the bus and wander ancient but badly bombed Bristol, finding fragments of city walls; churches and chapels; old houses and ruined warehouses which told me stories of an earlier time.

But when I returned after that Moscow trip, I began to look at Bristol – and many other towns and cities – in a very different light.

I started – and you too can start in your own town or city ­– by looking at the basic layout of the old city centre. Bristol, an Anglo-Saxon development, was designed around a Celtic cross, with the four main streets forming the Cross. At their centre the High Cross used to stand, and the line of the city walls formed an almost perfect circle – symbol of the unifying love of God and of the Passion of Christ as redeemer of the Universe.

To the north of the city and outside the city walls and on a high hill stands the church of St. Michael on the Mount Without the City Walls. Many places will have a St. Michael or St. Catherine church to the north. This is because in Christian geomancy north is the direction of evil and spiritual danger ­– as it is in Chinese as well. In the Bible, invasions always came from the north. The most northerly city of ancient Israel was Megiddo, which was destroyed many times by invaders. So when the writers of the Apocalyptic literature, including the Book of Revelation, were wondering where the Final Battle between God and Satan would take place they thought it must be Megiddo again – and the Greek name for Megiddo Hill is “Armageddon”. Thus north is always the side of evil and danger. You can see this in any old churchyard. The oldest tombs will all be to the south, with some to the east and west but none to the north. Only in the past 150 years has that tradition faded away, and today the north is often the only place where there is still space for a new grave.

From left to right: Plan of Motte and Bailey castle of William the Conqueror, 16th Century; The Rollright stone circle, Oxfordshire, depicted in the 18th Century

St. Michael was the archangel said to have thrown Satan out of Heaven, so he is a powerful protector deity/saint to have spreading his wings over your city or, as at St. Michael’s Mount north of Glastonbury, over your monastery. St. Catherine is also a saint who fought and overcame Satan and is also associated with high places.

In medieval cities, where there were no maps, how would a stranger know where to find the main conduit bringing fresh drinking water into the town or city? They would look for the church of St. John the Baptist and there on the city wall of Bristol is indeed a church with that dedication. The main conduit still flows to the church of St John to this day, although the water tap is usually shut tightly closed. 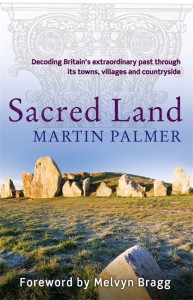 Finally, every old church dating before the Reformation in the 1530s will show you the sacred land notions of Christianity. The church is orientated east-west with the high altar end facing east towards the rising sun – a pun on Christ’s Resurrection and in honour of the East being the direction of Paradise and Heaven. It will have a north door so that at baptism the devil could flee to his own safe side away from (usually) the south door through which the communicants will arrive. It will be shaped like a ship because it is the ship of faith which will carry you through the storms of this life and into the blessed harbour of the next life. And this is why the porch is named from the same words as port and why the main part of the church is called the nave, from the same root as navy.

Meet the author: Martin Palmer is a writer, broadcaster and prolific translator of Chinese classics, as well as being secretary general of one of the world’s most unusual environmental charities – ARC, the Alliance of Religions and Conservation. He lives in Somerset, very close to one of England’s most impressive Neolithic long barrows. www.arcworld.org and www.sacredlandproject