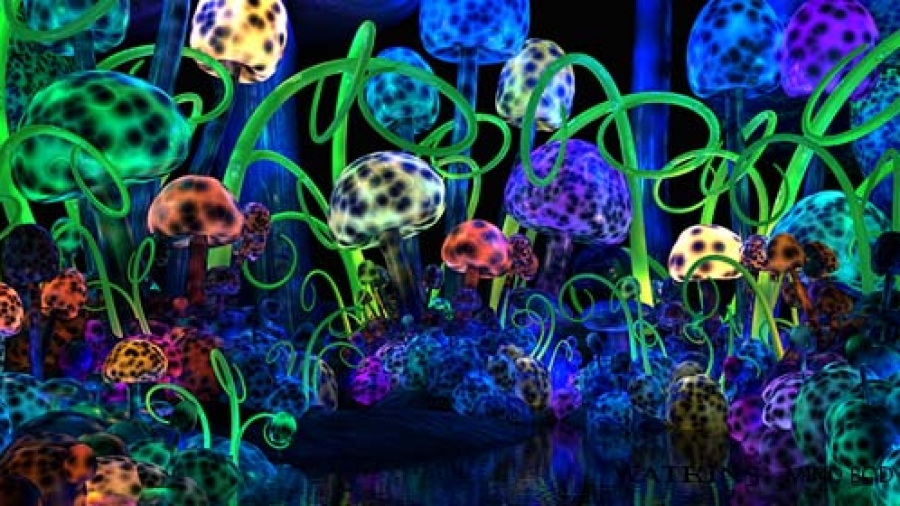 An Interview with Graham Hancock by Etan Ilfeld, edited by Kuhan Vijayatharan

What if psychedelics could open up our understanding of consciousness and powerfully change the way we view our life on Earth and our relationship to other worlds? In his new book The Divine Spark, visionary writer and researcher Graham Hancock has pulled together 21 leading researchers to discuss the latest thinking on psychedelics and their myriad connections to consciousness.

Etan Ilfeld: Could you tell us your view on the War on Drugs?
Graham Hancock: Altered states of consciousness are demonised in our society and are considered suspect – indeed, are criminalised. If you take psilocybin or LSD or DMT and you get caught, you can get sent to prison, you can have your life ruined for doing that. And there’s been a whole argument in our society going back forty plus years called the War on Drugs which has sought to say that these states of consciousness are terrible, that they’re bad for society, that if they’re allowed society will collapse – and all that is a complete heap of utter bullshit.

EI: There has been some progress though, if you look at the legalisation of marijuana in the US, for example.
GH: Yes, and it’s a really great thing that’s happening in the US. It couldn’t happen in Britain in that way because we still have this patriarchal club-run society, but in America the independence of the individual is still, to some extent, sacrosanct – states have rights and individual Americans have voted with their feet and legalised marijuana on a state level  in four states now: Alaska, Oregon, Washington and Colorado. Even Washington DC, the capital, has decriminalised marijuana, and this is all because people are politically active in America and because they are taking their rights seriously. The whole argument of the War on Drugs is in fact a war on consciousness; it is saying the state can tell us what we may or may not do in the very private personal inner sanctum of our consciousness and that is a grotesque abuse of human rights. What’s happened in America is that people have begun to wake up and realise that. I’m glad it’s happening in America because it’s there at the federal level that America has led the war on drugs, which has been responsible for causing so much harm and so much damage to so many millions of lives around the world, which should never have been allowed to happen.

EI: But they would say that some of it is to do with protecting people –
GH: That’s absolute bullshit.

EI: But surely you wouldn’t want to legalise, for example, heroin?
GH: I would totally legalise heroin. I would legalise everything. Do you think it keeps it out of people’s hands to make it illegal? Of course not. Otherwise, why would we have heroin addicts? What is the point of illegalising things and ruining some people’s lives when it actually doesn’t stop abuse of the substance.

EI: They would say it does bring down the usage dramatically.
GH: And all the statistics would prove them wrong. In countries that have legalised or decriminalised drugs, like Portugal, the use of harmful drugs have dramatically dropped, not increased. We already have the information on an extremely harmful drug called tobacco, which has never been illegal in our society.  What have we witnessed in the last twenty years across the industrial world? There’s been a radical or dramatic reduction in the consumption of tobacco. That reduction has not been brought about by making tobacco illegal. That reduction has been brought about by giving people good information which they believe. Nobody in the drug arena believes a word the government is saying, because the whole progress of the war on drugs has been corrupt since the very beginning, fuelled by lies.

EI: How did you get started researching into entheogens and psychedelics?
GH: I wrote a book in 2005 called Supernatural: Meetings with the Ancient Teachers of Mankind. When I started researching the book, I thought I was going to be writing a book about human origins. Then, as I began to dig into the subject I found that I wasn’t really interested in the 6 million year story about our last common ancestor with the chimpanzee. What I was interested in was not exactly a moment, but a process in the human story when our ancestors seem to switch on to fully symbolic consciousness. They start creating art, amazing art, all around the world. What I found was that there’s a very strong, solid, well-grounded scientific argument that that transformation to symbolic behaviour may well have been energized by encounters with psychedelic plants and fungi. The art itself, cave art like the Chauvet cave art from 13,000 years ago, or the art from a cave recently found in Indonesia from almost 40,000 years ago is astonishingly similar in both places, and indeed all around the world. The common factors are that this is a typical art of visionary states of consciousness. Certain diagnostic features, certain patterns, you find in the drawings done by volunteers in contemporary studies of hallucinogens. I suddenly realised here is something very interesting, and here is something I can engage with directly as a researcher. There are still shamanic cultures in the world today, who are still taking powerful visionary plants, who are still creating art after the experience. I could go to the Amazon, I could drink Ayahuasca, and I didn’t have to just read academic papers.

EI: What about the idea that perhaps these entheogens that infused us with different states of consciousness had a major effect on art and culture – could it have also have had a major effect on science and the development of ancient civilisations?
GH: I think it did. I think there are some really big missing pieces in the human story. At the moment we’ve got a partial picture because a lot of evidence was rubbed out, but even the partial picture we have suggests that it’s not just pretty paintings that people make as a result of these experiences in altered states of consciousness. There are a number of scientists in the modern world who will say that their achievements would not have occurred had it not been for LSD, for example. Even Steve Jobs said that he wouldn’t have made the Apple computer had it not been for LSD.

EI: To play devil’s advocate, whilst these examples are true, couldn’t you say that any dramatic experience has an impact on people, for example, a near death experience?
GH: Hey, I’m not saying that psychedelics are the only way to do it; I’m just saying that they’re a particularly good and efficient way to do it. Of course there are other ways to do it. You can starve yourself for 40 days – that’ll put you in a deeply visionary state. You can have a near-death experience… but it’s kind of hard to switch that on at will! But we have these substances, which are very ancient in the human experience, tested by people for thousands of years. Nobody has ever overdosed on Ayahuasca. The lethal dose would be somewhere in the range of three litres, and you’d vomit it all out in minutes if you tried. Even drinking a tiny cup full is absolutely awful. It’s not fun. It’s a horrible taste; it makes you nauseous. But I’m not in a rush with these things, or too eager. They’re very profound, and just as one would not rush eagerly into a war zone, I don’t think we should rush eagerly into altered states of consciousness either. But we should know that they’re there, and if the circumstances are right and we have the opportunity to do so, we should be able to explore those states of consciousness. Fortunately, shamanism has provided us with a tried and tested technology to do that – the visionary plants.

About the author: Graham Hancock is the author of the major international bestsellers The Sign and The Seal,  Fingerprints of the Gods and Supernatural. His books have been translated into 27 languages. He has written for many of Britain’s leading newspapers including The Times, The Sunday Times, The Independent and The Guardian. He was co-editor of New Internationalist magazine and East Africa correspondent of The Economist.