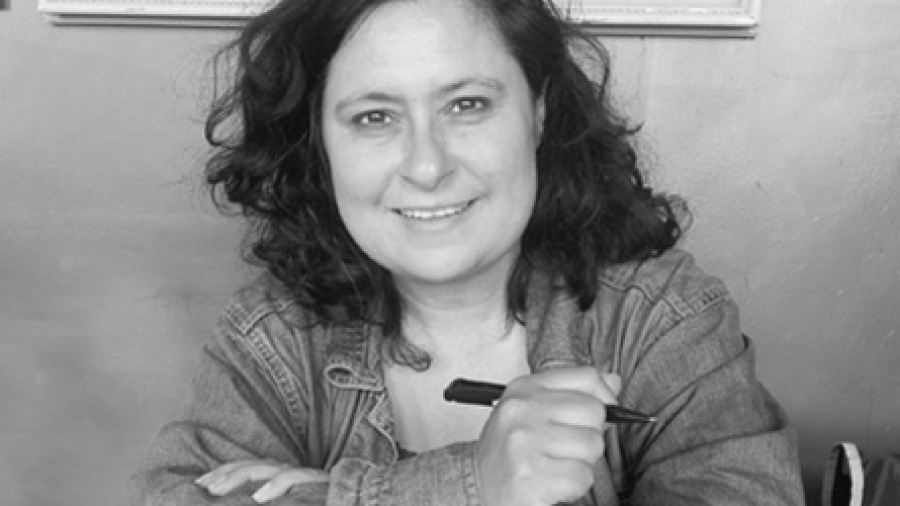 What Is Post Traumatic Growth‘s author Miriam Akhtar on how adversity acts as a springboard to personal growth. This article is an extract from Miriam Akhtar’s talk at Watkins Bookshop.

Imagine a beautiful vase—maybe a tall, elegant, flower vase or a Roman pot. And this is a metaphor for post-traumatic growth. So, imagine a vase, and it smashes. And that’s the equivalent of life, facing a crisis in life. How do you respond when life breaks down?

This is post-traumatic growth: it can be described as picking up the pieces of life and putting them back together again in a new way, which is more robust than what it was before.

I first heard about post-traumatic growth when I started a Master’s in Positive Psychology 10 years ago, and I became aware that it is something that I have experienced on my own skin during my childhood.

When I was 10 years old, my father died quite suddenly. This experience changed dramatically the course of my life. All the certainties vanished, so did the future I have had imagined.

The foundations of my life were really shaken up. Years later, decades later, I recognized how much I have grown through that adversity. Even though it changed everything, and I became an adult at the age of 10, this experience gave me strengths in diligence, resilience, focus, emotional intelligence, social intelligence. It added something into my life as well as taking something away.

I went from being really quite vulnerable and a victim of what had happened to me, to being empowered by it.

But it’s not only about change. It’s about more than that. Firstly, people have a sense of growing stronger. You know that old phrase, ‘What doesn’t kill you makes you stronger’ seems to be true. People, not only do they feel stronger and more robust in themselves, but they have a better idea of who they are and what’s important to them as well.

Second, they also experience warmer, closer, better relationships. Experiencing a trauma, whether it’s something huge like a bereavement, a loss or something of a smaller scale, but maybe repetitive like being the victim of bullying, these things sort of eat away at our resilience. And you can also find that people you thought where there for you may be not quite as much there for you as you expected. But trauma reveals who your true friends are. The kind of pearl in the oyster is that those relationships that remain can be warmer, closer, greater sense of intimacy, more authenticity in those relationships as well.

The fourth dimension of post-traumatic growth is a sense of new beginnings—new possibilities, new opportunities. So, after the endings come new beginnings. Trauma often does act as a watershed in life. It is a new turning point. It’s the metaphor of the phoenix rising from the ashes of the old life comes green shoots of something new.

And the final way is a spiritual development. Often, people have a greater, a deepening, and there’s some sense of spirituality as well, a greater sense of meaning and purpose in life.

And one of the gifts of trauma is that it opens the gateway to a different type of happiness, a deeper kind of happiness of meaning and purpose which is known as eudaimonic well-being.

Meet the author: Miriam Akhtar is one of the UK’s leading positive psychology practitioners and authors, and has been described as ‘one of 100 names you need to know in health and well-being’ by Top Santé magazine. She is the author of four previous books, including Positive Psychology for Overcoming Depression for Watkins. She is also a coach, consultant, keynote speaker and visiting lecturer at a number of universities on MAPP (MSc Applied Positive Psychology) programmes. For more information, visit: www.positivepsychologytraining.co.uk