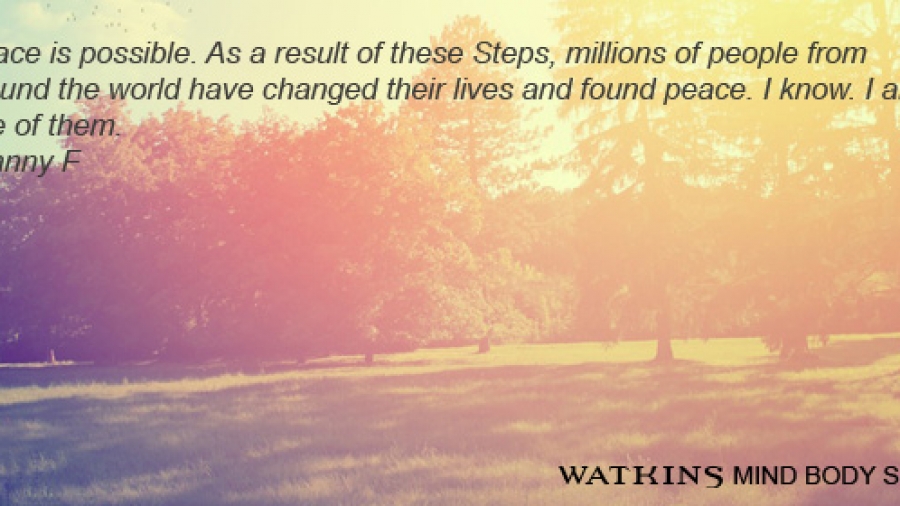 As my alcoholism progressed my drinking increased and life became more and more unmanageable. Denial prevented me from seeing the truth of who and what I had become, however, given the occasional moment of clarity the Little Voice would again whisper, “It’s your drinking – your drinking.”

In 1993 I received the news from my beautiful 16-year-old daughter that no father wants to hear. “Dad I’m pregnant,” she offered, and as those words stirred my soul, my mind stirred a drink. For the next eight days a war raged within me and I finally surrendered to the Little Voice. I felt that I had failed as a father, but the opportunity to be a grandfather offered me a shot at redemption.

And so, with a goal of becoming the world’s greatest grandfather I, who had no religious or spiritual convictions in the least, checked myself into a local rehab. When one of the counselors suggested I pray, I balked. “To what?” I asked. “Never mind what,” he replied. “Just get on your knees and start talking.”

I was skeptical about the prayer thing, but it was obvious that doing things my way didn’t work. I had also made a commitment to myself to do whatever these good people suggested, and so I prayed. And I prayed. And I prayed, asking over and over for my compulsion with alcohol to be lifted. Ten days after I arrived, and full of fear at the prospect of leaving this safe haven, I walked out the gate to face the world. In order to relieve my anxiety I uttered a prayer and, as the gate ‘clanked’ shut, an incredible feeling came over me as the Little Voice whispered, “You will never have to drink again, you will always have a choice”.

I began attending meetings of Alcoholics Anonymous, which I initially considered as being the final blow in a series of defeats. However, not only did it save my life, but AA was full of the funniest, kindest, and most courageous people I had ever met.

In 2005, after being sober for 12 years, I went to Yemen for work. I was terrified following 9/11 and the invasions of Iraq and Afghanistan. I followed the steps and examined why I was afraid. The fact is I, who considered myself to be politically savvy and well-educated, believed that everyone in the Middle East wanted to kill all of us from the West. “Was this realistic?” I asked myself, and in order to find the answer I embraced another concept the Steps had offered me and began looking for the similarities, rather than the differences, I had with the people of Yemen.

I left Yemen 7 weeks later to attend the International Convention of Alcoholics Anonymous in Toronto. And what I encountered changed my life again. Here were 50,000 people whose lives had been transformed by these 12 simple steps. They had escaped the insanity, chaos, and violence of the alcoholic lifestyle and the feeling of peace amongst them was palpable. A few days later I left Toronto wondering, if a group of drunks can change their lives and find peace, why can’t we all?

In the following years I would spend time in Iraq, Afghanistan, Libya, Columbia, Cambodia, and more. By listening to the stories offered by thousands of people in these countries I am convinced the people of this world want peace, and at the root of the chaos are leaders who are motivated by selfishness, greed, and a need to control. For those of you familiar with the spiritual malady of alcoholism you will notice, as I did through the course of my work, that these characteristics are dominant in the lives of alcoholics and fuel our insane behavior. And isn’t conflict usually the result of one group trying to impose their will on another? All of which begs the question: Are we addicted to war? And if so, will the steps provide a solution to that malady?

Many speak of the spiritual and cognitive shift which is necessary for peace to exist in our world. Due to the good people of AA, the Steps are already a known and well respected entity in over 150 countries, where millions of lives have already been changed. Transcending the typical barriers of religion and ethnicity, the Steps are designed to be ‘inclusive’ while offering each and every human being on the planet an opportunity to come together and be part of this global shift. And, unless addiction is an issue in your life, abstinence isn’t required in order to embrace the suggestions offered by these steps.

My granddaughter is nearly 20 years old and is the love of my life. Perhaps I am not the world’s greatest grandfather, but I consider myself to be the most fortunate. And none of this would be possible had it not been for these Steps and the incredible relationship I have with the Little Voice deep down inside.

The Steps are a proven process for positive change. In a world where viable solutions are hard to come by, it is my hope that you find some answers in the pages of Peace Anonymous: The 12 Steps to Peace.

For more information on Peace Anonymous, please visit their website at: www.peaceanonymous.com