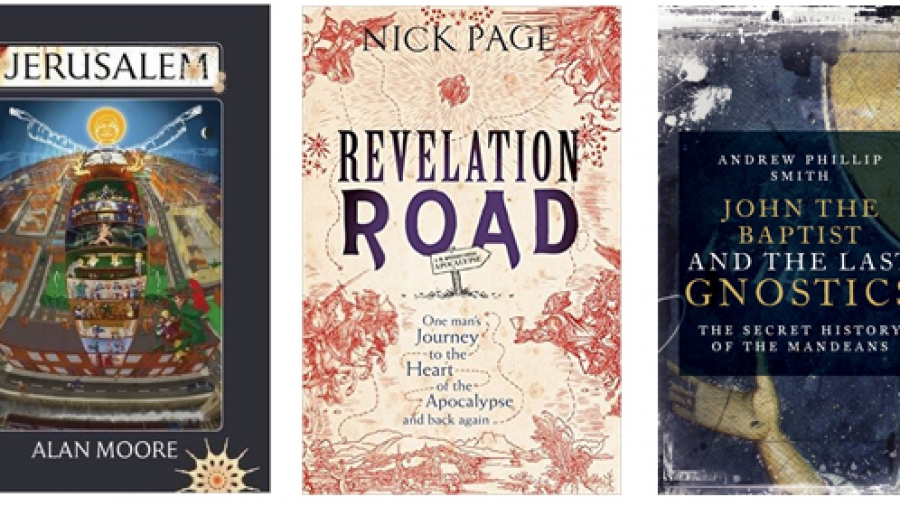 From the long awated magnum opus from Alan Moore, to Scarlett Imprint new releases, this month’s new arrivals are surely not to miss.

Jerusalem by Alan Moore, £25.00
Alan Moore – creator of Dodgem Logic, Watchmen, Voice of the Fire, From Hell, Promethea, The League of Extraordinary Gentlemen, Big Numbers and V for Vendetta – pens a grandiose tome about his hometown of Northampton, employing an extremely wide variety of styles, including a poem and a play.

The Path of Modern Yoga: The History of an Embodied Spiritual Practice by Elliot Goldberg, £20.67
A history of yoga’s transformation from sacred discipline to exercise program to embodied spiritual practice.

Revelation Road: One man’s journey to the heart of apocalypse – and back again by Nick Page, £9.99
When Nick Page wanted to get to the bottom of what this mysterious book is really all about, he realised there was only one way to go about it: he had to go to the land of apocalypse. Travelling to Patmos via the ruined cities of the seven churches of Revelation, determined to seek out a revelation of his own, Nick explores the culture behind Revelation, who wrote it, why they wrote it, and what it means for us today.