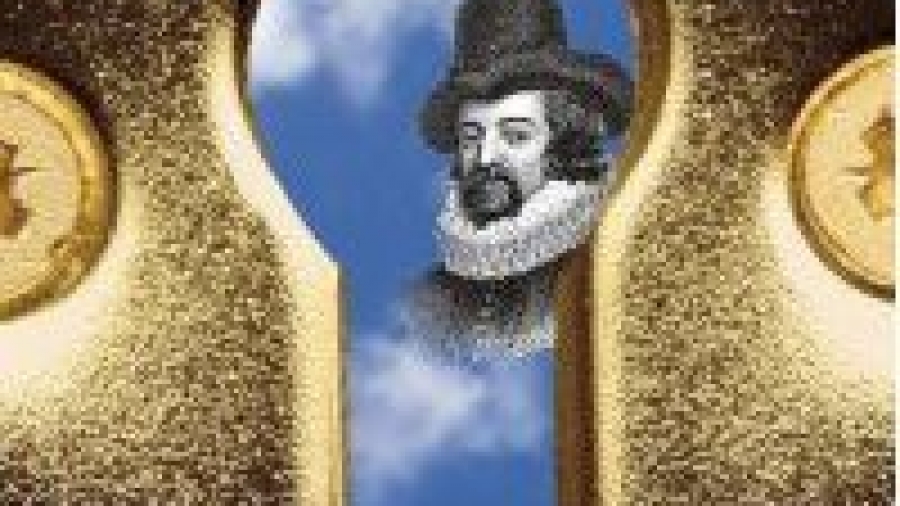 Scientists revere him, New Agers think he was a Spiritual Master. Baconians believe he wrote Shakespeare, and a few blame for the unresisted march of science over spiritual values. So who on earth was he, Sir Francis Bacon?

THE VIEW BEYOND: SIR FRANCIS BACON – ALCHEMY, SCIENCE, MYSTERY, published this month for Bacon’s 450th birth anniversary, is unique in bringing together mainstream thinking about Bacon and chapters by Theosophists, Baconians and chroniclers of mystery. Twenty-four chapters on, all of them by different hands, we may just have a clearer picture of why he is regarded as he is.

The View Beyond: Sir Francis Bacon

Talking of his birth anniversary, that’s another thing we can’t be quite sure of! His biographer Jean Overton Fuller brought forward substantial evidence to suggest he was the child of Queen Elizabeth I and the Earl of Leicester. We could also be on the verge of uncovering a pile of manuscripts in a vault in North America. Might they provide the missing link, via Freemasons or Rosicrucians, to the Shakespeare plays? Oh, and what does his horoscope tell us?

There is also the Bacon we really do know, the Bacon of the works that definitely bear his name. That he planned out a Great Instauration of the whole of learning is beyond question (and the subject of Peter Dawkins’ chapter); he also wrote a Utopian fable, The New Atlantis (which Nick Lambert discusses in the context of visual icons and contemporary history). There is definitely an esoteric side to his science – as John Henry, Professor in the History of Science, demonstrates. He was a well-recorded friend of both the poet and playwright Ben Jonson and the philosopher Thomas Hobbes – though the followers of each took the Baconian endeavour in opposite directions.

Watkins Bookshop hosts a launch event for THE VIEW BEYOND on Thursday 17th February at 6.30 pm (to 7.30 pm). Short talks will take us through some of the material in the book. Tim Wyatt puts it in context, while Nick Lambert tells us about the New Atlantis and what it means for us, and James North gives a rather personal Theosophical perspective. Kathleen Pepper tells us about the idea of the Golden Age which Bacon’s works presage. Sylvia Francke brings in Rudolf Steiner, who also had strong views about Bacon. Publisher and contributor Colum Hayward (from the White Eagle Lodge) and the book’s editor, Dave Patrick, will explain how such an extraordinary book came to be published.

Come and enjoy a real debate about one of the great enigmas of literary history. Admission free, refreshments provided, and signed copies of THE VIEW BEYOND on sale.