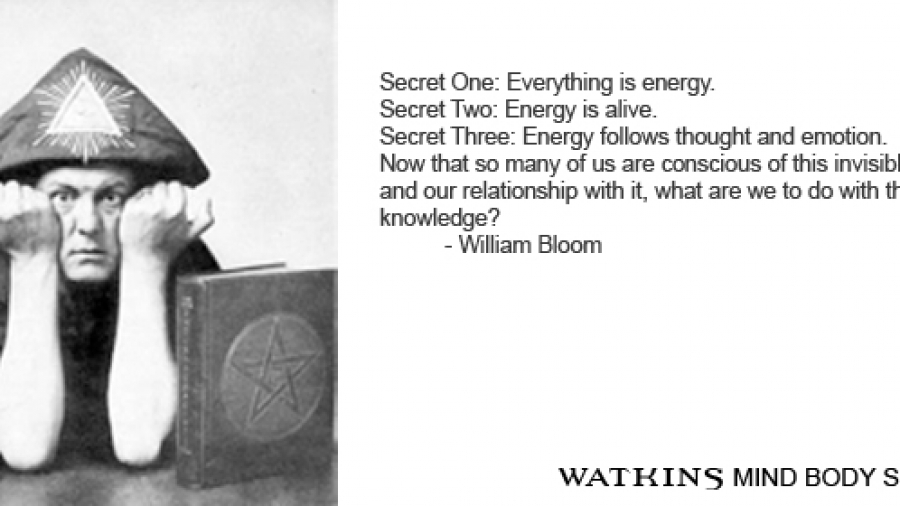 [dropcap]D[/dropcap]id you ever read a wonderful H.G. Wells story about a magic shop that kept disappearing, teasing and confusing a young boy who wanted to buy special tricks? On some days the shop was there. On other days it could not be found. 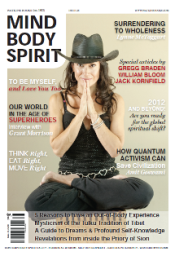 Ten years after first reading that story, I discovered Watkins Bookshop in Cecil Court, central London, and was so affected by its unusual magnetism and atmosphere that I began to have dreams about it. I would wake up thinking that when I went back to it, I would not be able to find it. It would have disappeared in one of the thick London fogs of the time, a pea-souper, and in Cecil Court there would only be shops in the mist selling posters and old prints. It would have melted away into another dimension.

Watkins Bookshop was a weird and atmospheric oasis. There was no other place quite like it in the United Kingdom. It was perhaps unique in the world. It reminds me now of those peculiar establishments in Harry Potter’s world, where you pass through a doorway and enter a different dimension. Upstairs were mystical, occult and religious books that were more or less suitable for a general enquirer. Downstairs were the really difficult and esoteric texts only for the most committed of students and explorers. It felt like an initiation passing from the ground floor down the stairs into the underworld. Did you deserve even to be in the shop in the first place? Were you worthy to descend into the underworld?

The place felt thick with spirits, benevolent and mischievous, and it sometimes seemed as if the particular sections — Buddhist, Magic, Qabalah — were portals themselves into strange dimensions perhaps inhabited by Blake’s angels or Tantric sprites. 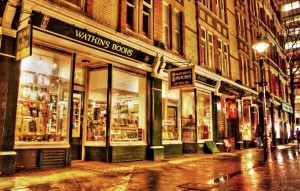 The people browsing – it was never crowded – kept strictly to themselves, careful never to catch anyone else’s eyes for fear of intruding on another’s privacy. Moreover there was, I believe, a caution too that another browser might be an occultist of great power who could send energy and influence through the astral connection into your eyes, deep into your brain and overwhelm your soul with their will. It was an era too, you may remember, when people were wary about group meditation for fear, for example, that something uninvited might enter your aura. To go to a group meditation was considered a risky adventure.

It was also a time when mysticism was shrouded in great secrets and hierarchies of initiation. At the heart of all this were arcane techniques for entering different states of consciousness and creating strange phenomena through the use of one’s will, accessible only to adepts, saints, yogis, masters and initiates. Every encounter then with another student on the spiritual path was fraught with a hidden agenda of what level of initiation you had achieved and what esoteric mysteries you had deciphered.

I loved all that. I was an earnest enquirer and dedicated student, joining occult study groups, researching and sometimes reading two or three mystical books a week, joyfully discovering classics like The Egyptian Book of the Dead, Esoteric Christianity, The Mystical Qabalah, Milarepa, Lao Tse, Steiner, Blavatsky, Bailey, Crowley, Manley Hall and other classics. My sense of gratitude to Watkins is immense. It helped to lead me, in the words of the great Sanskrit prayer, from illusion to reality.

Look at how things have so dramatically changed.

Today almost every bookshop in the world has its own specialist Mind Body Spirit section. There are thousands of publicly advertised spiritual, psychic and magical trainings. On the internet you can easily view the sacred texts and scriptures of all the world’s traditions. Meditation is accepted as useful therapy. Visualisation techniques are common currency. Paganism is an accepted religion. And apart from the occasional paranoid church hall manager, spiritual exercises such as yoga and tai chi are everywhere.

A few decades ago in the esoteric atmosphere of the wonderfully strange Watkins Bookshop, there were all these great secrets, the grand arcana of mysticism and metaphysics. You only knew and understood them if you had been initiated into a higher level of wisdom and consciousness. Historically these mysteries were shared only with devout students who had passed through lengthy periods of testing to prove their worthiness, perhaps after three years of silent meditation or dangerous vision quests in the wilderness. But today, without appreciating their significance, those secrets are public knowledge.

So what are these great secrets? What are these genii that have been let out of Aladdin’s lamp? You will, I imagine, be both startled and simultaneously amused when I reveal them, because they will seem so obvious to your contemporary mind and disposition.

A roll of drums and a bit of fanfare please. Why the theatrical introduction? Because previously the knower of these mysteries would have been sworn to secrecy at the risk of great punishment if they were divulged.

Secret One: The solid tangible world that you can see and touch is but the reflection of a far more dynamic and invisible world. Everything is energy.

Secret Two: Even though solid stuff may appear to be inanimate, everything in its own way is alive and conscious. Energy is alive.

You knew all that already, didn’t you? Even if you may never have consciously articulated these now open secrets, I would imagine that you are intuitively and instinctively familiar with them. For example you are probably completely at home with the idea that buildings and places hold atmospheres that were created by people and events. Also you will probably appreciate that someone’s mood can radiate to affect others. And it is common currency that we can channel healing energy. All of these familiar notions were once occult secrets.

But here is an important question. Now that so many of us are conscious of this invisible world and our relationship with it, what are we to do with this knowledge? How is this dramatic shift, this melting away of hierarchy and caution, meaningful for us? Surely we are meant to take advantage of this transformation in spiritual culture and, for certain, many people are indeed going deeper, freely studying and exploring all those subtle and diverse energies: spirits, angels, different types of healing vibration, sacred geometry, astrology, ceremony, ritual, magic, shamanism and so on.

Many of us are also pursuing a more mystical path, scoping out and deepening our experience of the all-pervasive energy field of consciousness, vitality and wonder that suffuses the universe and nature. Call it God, Goddess, Spirit, Tao, Cosmic Consciousness, Source, Mystery or the Bliss Fields. Call it whatever you want, but isn’t this the greatest gift of spirituality — to connect with and experience this wonder and mystery?

This is precisely where Secret No. 3 — that we can personally influence and be influenced by energy — is so relevant. The mystic path, our relationship with spirit, is not a philosophical head-trip or a theology or theory. It is a here-and-now experience as we connect and blend with the cosmic energy field. It is in us and around us, an emergent flowing ocean of prana, consciousness and mystery. If you can sense and experience the vibrations and subtle atmosphere of a place, a person or a tree, then you can you also experience the cosmic mystery too.

Of course, this was always at the heart of occultism and mysticism. In all those wonderful classic books I first found in Watkins Bookshop the message was always the same. Develop your heart. Expand your consciousness. Merge yourself with the vast field of cosmic consciousness. But in that previous era, those truths and the tools to navigate them were shrouded in symbols, hierarchy and caution. In our new populist time, we have access to all the previously secret techniques and strategies that can help us deepen our spiritual experience — such as breath, visualisation, awareness of subtle sensations and so on.

THE POWER OF MODERN SPIRITUALITY: How to live a life of compassion and personal fulfillment by William Bloom, published by Piatkus, Paperback (288 pages)

One simple example illustrates this, a tactic used by nearly all traditions. When we are experiencing something spiritual or psychic, if we want to deepen our experience there is a universal strategy — relax down into the body, centre the mind, breath softly and become calm and watchful. And ­that used to be secret!

This, for me, is the major blessing of modern spirituality. We stand free and in a new spiritual democracy. The symbols, initiations, and ordinations are melting away. There is no hierarchical authority between us and spiritual experience. For the first time in human history we can see this universal experience at the heart of all spiritual traditions and we can work also with universal techniques. This is a deeply egalitarian spiritual culture — that all of us without exception, simply because we exist, are inextricably part of the miracle and web of life, and can utilise well-tested tools to explore it.

Do I miss anything about the old atmosphere of secrecy? Am I nostalgic for the time when Watkins Bookshop was an oasis that might disappear in the London mists? Yes, there is one thing I do miss. Inside the old culture of guarded wisdom, there was also an appropriate sense of reverence and gratitude, and a calling to be of service. It would, I believe, be healthy for all us while celebrating this new liberated spiritual culture, to still be aware, awed even and thankful, of our miniscule scale within the grandeur of the wonder and mystery.

Meet the Author: William Bloom is one the UK’s most respected authors and educators in the field modern spirituality and holistic development. Founder of the Foundation for Holistic Spirituality and the Spiritual Companions Project, his many books include the seminal The Endorphin Effect, Psychic Protection and the recently published and much praised The Power of Modern Spirituality. For more details, see: www.williambloom.com