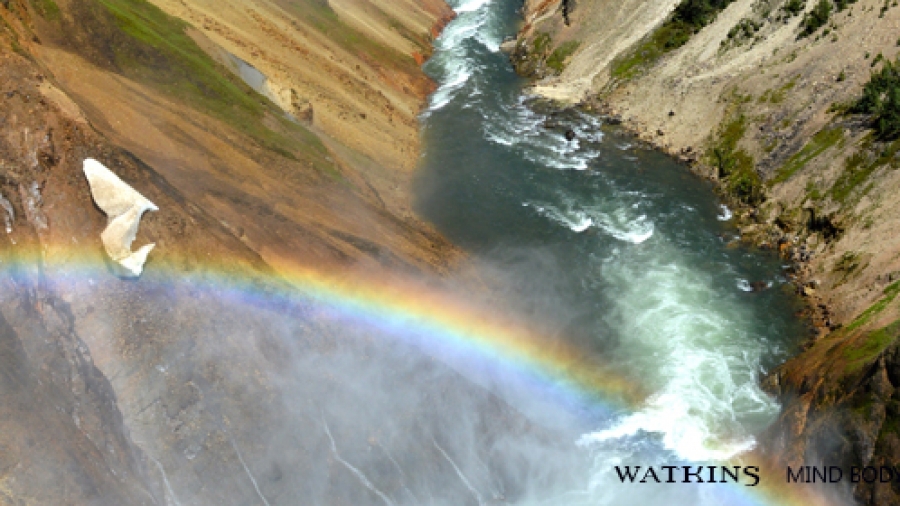 In his article in issue 41 of this publication entitled ‘Co-creating an improved future’, Mick Collins stated that “Our co-operative and co- creative actions are pivotal for successful and sustainable transformation…we do, therefore we evolve”. And he is absolutely right; in an era where we are coming to understand that we are all infinitely interconnected, we are no longer having to fly the flag for independence, but instead acknowledging the paradox of life to be true; alone we are nothing, but together we have the potential to be everything.

The Universe appears to be magnetizing souls of the same vibration with increasing speed, in order that we can learn from each other and work together to develop a completely new paradigm for understanding ourselves, and the world in which we exist. In the same way that individually we can view breaking down as a means to ‘breaking through’, the same seems to be happening on a global scale; the current global crisis providing us with an opportunity to wake up to evolve a better existence for humankind. It’s a matter of whether we choose to see it this way, and as Socrates famously quoted: “The secret of change is to focus all of our energy, not on fighting the old, but on creating the new”.

Something is currently happening within psychiatry in order to bridge the gap between the old and new paradigms, which seems to corroborate this theory.

‘Treatment as usual’ is still predominantly based on the bio-medical model that treats human beings as disconnected, materially-created masses of matter and chemicals, and in the same way the individual soul screams for recognition when we ignore our spiritual essence, psychiatry itself is going into crisis because of everything it has so far failed to acknowledge. The mental health system is having a spiritual crisis. Thankfully this crisis has given rise to an opportunity for transformation in exactly the same way it does for us individually. The psychiatric system is in the process of healing itself, in order that it is able to heal others more appropriately.

Amazing synchronicities have led to the development of two transformative projects, which are currently in embryo. Peer-supported Open Dialogue (POD); a pilot project aiming to transform mental health services in the UK and beyond, collaborates evidence-based therapeutical practices originating from Finland with peer-focused approaches from the USA. What is distinctive about this project is that it believes that the answer to the problem lies within the crisis and those affected by it, and is consequently a co-operative, non-hierarchical approach where everyone works together to reach a democratic solution. POD shifts the power dynamic of the client/clinician relationship, and allows for exploration of the cause of psychological distress without the need to pathologise the symptoms.

This is hugely significant in a time of global spiritual crisis, because it is the first time that psychiatry promises to support the human race to journey through their own individual spiritual crises in order to evolve, rather than repressing the symptoms as signs of something being wrong. The potential of POD offers not only a few building blocks towards mending the gap between spirituality and psychiatry, it is positively a drawbridge coming down!

The second equally exciting bridging project that is forming is the International Spiritual Emergence Network (ISEN). ISEN aims to provide a central hub where all networks around the world who offer support to people going through spiritual crisis, can connect, collaborate, educate and innovate in order to normalise the phenomenon of spiritual crisis within mainstream psychiatry. ISEN holds the vision that:

A world where all peoples of all cultures can embrace spiritual emergence to manifest a positive shift to higher consciousness for all humanity.

The network is forming to provide professional information and training resources for those experiencing, or supporting people in spiritual emergency around the world, working compassionately alongside mainstream psychiatry in order that, in the same way as POD allows, we can seek healing for each individual, and consequently for the wider community.

Together we are co-creating, and ‘doing’ in order that we can evolve.

Meet the Author: Katie Mottram is the Inaugural Director of the International Spiritual Emergence Network; a global initiative aiming to normalise the spiritual crisis experience within mainstream psychiatry. To keep informed about exciting ISEN developments, and to find out how you can become a free member, sign up to Katie’s blog at: synchronicityworldwide.com