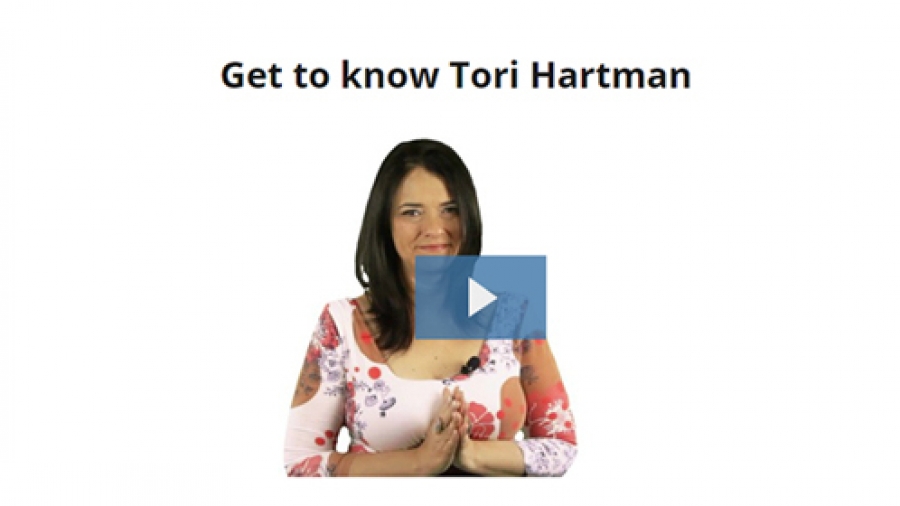 by Watkins Books
with no comment
Magick and occultYoga and Meditation
[dropcap]M[/dropcap]eet Tori Hartman, renowned psychic and teacher committed to helping others gain access to the tools that will allow them to hear the call of their intuition over the voice of their brain.

Who is Tori Hartman?

Born and raised in the freethinking atmosphere of New York’s Greenwich Village in the 1960s. From the age of five, Tori was told by her mother that she had no command of the English language, and therefore her mother would dictate Tori’s school assignments to assure that her daughter received straight A’s.
To compensate for her perceived handicap, Tori developed her intuitive skills to get through classes and pass exams – first noticing her psychic abilities when she was eight years old. At the time of her mother’s death when she was 15, Tori failed English in high school and then realized that she would have to work twice as hard as others to compensate for what she believed was a lack of skill in the written word.
Despite her mother’s interference, Tori was a born storyteller and went on to write her first book on fashion and color in the 1980s. It was rejected by every major publishing house in New York until an editor at Berkley Books found it in the trash. The publication and subsequent success of that book by a major New York publisher proved to be an inspiration to Tori and she has been writing in one form or another ever since.

The Evolution of the Chakra Wisdom Cards

Tori’s life would take another twist after a near-death experience in the 1980s, when she began having a series of encounters with Angels that revealed the profound fables that would become the basis of the Chakra wisdom Oracle cards and toolkit.
There was a sense that these cards were important, and she would write down word for word the stories the Angels told her or they would not go away. Feeling that they were interfering with her life Tori put these color-based stories in a drawer where they would remain for number of years.
What started as a gathering with a few friends to support their creative pursuits initially, soon evolved into a mastermind group. One night, Tori pulled the written fables out to share with the group, and it was so popular that reading a fable or two at the weekly meetings evolved into exercises and ultimately the rudimentary work for the Chakra Wisdom Oracle Toolkit.
In the toolkit, group activities that developed from these meetings are still intact. What is most significant about this is that from that original group two people went on to become international best-selling authors, one woman won an Academy award, still others went into television and produced their own series, and one has had a significant presence in the online movement.
Not being able to find a publisher at the time did not deter Tori; she found an artist online and hired her to draw the deck. It would take Gretchen a year to draw each card and when she was finished, she mentioned to Tori that she felt there was another card to make the deck an even number. Tori felt that there was a missing angel, not a card; and this was hard for her to tap into in that moment.
Six months after Tori self published the deck, Gretchen died. She was only 41 years old. Tori often says that Gretchen’s legacy was to give us this deck, and she is the missing angel that Tori had sensed all those months before.

Why not give the cards a try with the free shuffler on Tori’s website: