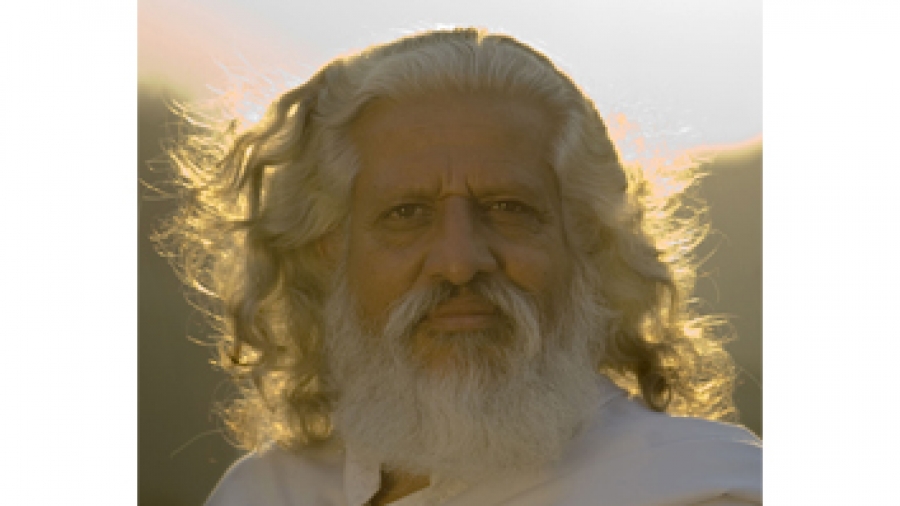 by Watkins Books
with no comment
BookshelfConsciousness studies
Yogiraj Gurunath Siddhanath was born in India on May 10, 1944, and is descended from the ancient family of Ikshavaku Rama of the Solar

Dynasty. Though he belonged to a royal family, with all the comforts of palace life, he was a born siddha and went into spontaneous enlightened states from the age of 3. Spiritually realized from a very young age, he cast away his royal ties after completing his educational responsibilities and fulfilled his calling as a yogi. Yogiraj Gurunath Siddhanath is the author of Babaji – The Lightning Standing Still and will talk at Watkins Books on June 18 at 6.30pm.
Meet the Author is a series of short interviews prior the author’s talks at Watkins Books.

Can you tell us about your book? What should the reader expect from it?
My book Babaji – The Lightning Standing Still was not written for any gain or for any specific purpose. It was written for the love of truth. And I wanted to express all I had within me trying my best to explain who this lofty being was. Called Shiv Goraksha Babaji. And with that in mind and the blessings of Shiv Goraksha Babaji himself I set out to write this book, which would be an endeavour to explain the holographic dimensions of this wondrous being way beyond the comprehension of the normal kin of society, the normal reach of society. So I tried to simplify it, I try to explain it in depth and so this was very intriguing for me, and I hope for the reader as well. Besides this, I also went in depth to find out where did Kriya Yoga had its origins, who were the sources of Kriya Yoga. And I found out that large portions of Kriya Yoga, of Kundalini Kriya Yoga had its source in the Goraksha Sahita, in the Goraksha Shatak, the Atma Vidya of Lord Gorakshanath, aka Babaji.

In your book you talk about the formless spirit of Babaji. Can you tell us about your connection with Babaji and when did it start?
Having experienced Babaji in his formless reality and his with-form duality, I can vouch that it is much more convenient to speak about him in his duality, in his nam root, name and form, rather than to describe him in his non-dual form as a solitary singularity of the supreme reality. That is where he is called the non-being essential. My connection with him was not from this life. It was from many past lives. I cannot recall for how long back. Because in one of my experiences I have said that I saw the aurora borealis of Babaji approaching me from the Alaknanda river, my inner-most being became my outer-most form and my outer-most form became my inner-most being and I seemed to partake of the essence of this supreme being as though it was a part of my essential self. So there seems to be no difference between the connection of my soul spirit with his universal spirit.

Can you tell a bit about your experience of travelling in the Himalayas? How did it transform you?
My travel in the Himalayas was not one shot, at one go, it was sporadic, it was again and again, at different times. And as I tread the nether regions of the Himalayas, my whole body, mind and soul underwent a transformation which was very steady in evolution. And the boundaries of my mind dissolved. The “I” dissolved. And the soul watcher, the witness within realised that it was one with the universal witness, which I consider to be the formless aspect of Shiv Goraksha babaji.

Nowadays we see the proliferation of yoga schools, meditation classes and activities to improve wellbeing and self-understanding. What is your personal perception of spirituality?
My personal perception of these schools, yoga schools, meditation classes is that they are all a stepping stone to the reality and they cater for, they make themselves available to the various levels of truth-seekers and help them along the path. That is what my perception of these schools is. There is no perception of spirituality. I can not see my own face. I am not separate from it. Only he can have a perception who is different from spirituality. He who is one with spirituality and his very nature, he cannot see it as something different. He sees it as himself. And I see it as it is the most natural part of yourself. Your spirit, your divine indweller is the most natural and truest form of yourself. And not your garbage mind, which is filled with garbage and thinking non-sense all the time. Neither your corruptible body which is falling ill all the time. But the silent watcher, he who watches from within, the pure, immovable, divine witness, the divine indweller, witness is the God within. The witness is the God within. That’s what I teach other people, how to distinguish between their false self, their apparent self, and their true self. And therefore man is not a corruptible body, nor a fleeting mind, but he is a divine soul. The human being is not a corruptible body, which sleeps, decays and dies, but he is an immortal consciousness, lord of the earth and skies. So you have to change the gestalt. You are not a corruptible body but a divine soul, and this divine soul is the witness within. When you slice out all the unnecessary trappings and rituals and get to the point, you cut short that the divine indweller is the witness to the deeds of mankind.

Is there anything you want to say to your readers?
Read, mark and inwardly digest. Become and be !