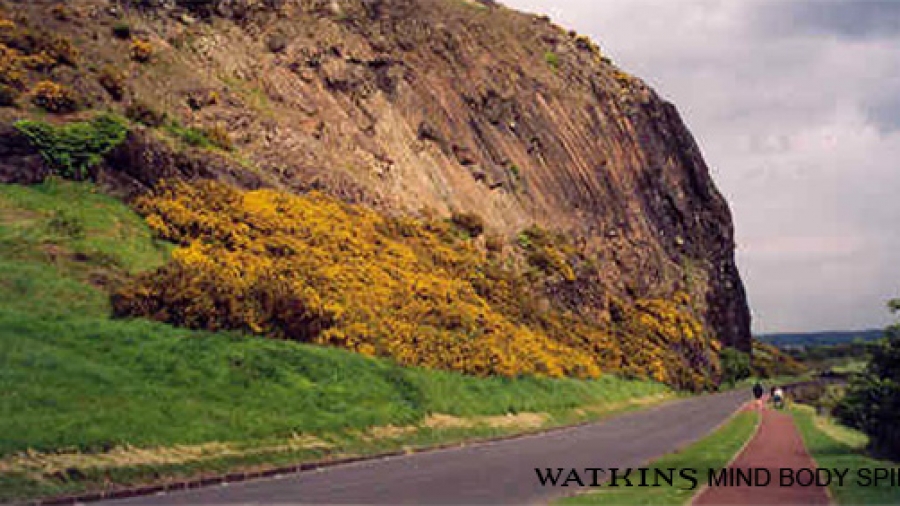 [dropcap]L[/dropcap]ike many today, I will never forget the first time I walked into West Kennett long barrow, hiked up the Tor in Glastonbury, or crossed over the threshold of Rosslyn Chapel. Each historic place we see and experience is also a repository of memory through time, and, if powerful enough, transforms us in some deep way, never to be the same again. Just like many travellers and pilgrims of old.

Every one of us is on =a Quest… conscious or not, the inner ‘call’ to expand and explore our lives can often take many forms. We grow, change, and evolve, and history and travel can help us accelerate that process. From the 12th to the 21st century, the medieval period still remains intriguing for many, its elusive wisdom beckoning us back into its world, like a mysterious shaft of crystalline light from an ancient site or a bejewelled stained glass window. Marvellous these mysteries are – from an earlier time, resonating into our own.

The quest remains, both the factual history, and its associated places, symbolism, legends, and lore – timeless reminders to us from long ago. The well-worn path of the spiritual traveller continues, its essence reverberating on, cajoling us to join the quest, i.e., ‘Where’ have you been? ‘Where’ would you like to go? ‘How’ will you get there? And… ‘why’? The answers change at different times in our lives.

While often misunderstood as a mere feudal outgrowth of the earlier, deeply repressive ‘Dark Ages’, in fact, the High Middle Ages (1100-1300) was not all ‘monks, serfs, and Black Death’, as the old stereotype implies. A highly complex time, for all its imperfections, this extraordinary historic period spawned a unique cultural ‘peak’ all its own – the public emergence of many of the Grail manuscripts, the time of the troubadours, courts of love, guilds of artisans, new agricultural methods, increased travel and international trade, the building of Gothic cathedrals, the rise and fall of the medieval Templar order, new perfumes, spices, oils, exotic teas and potions from the east, an increase in pilgrimage of all types, new ideas and interfaith exchanges, and the pre-Renaissance early emergence of certain hermetic and alchemical themes after a period of relative dormancy. Along with increased travel and rapid growth of towns, heresy – and ‘heresies’ – were on the rise, as were new ideas, an influx of philosophical discussion, the return of the astrolabe and other medieval scientific instruments and knowledge via Islamic Spain… and more… and, of course, even then, too, exotic new spices and recipes for mulled wine!

In the midst of our rapid scientific, digital world today, we often witness the modern-day Western near-obsession at times with medieval-themed phenomena: musicals, computer games, books and films, medieval musical chants, vampires, and a steadily growing surge of visitors from all countries and walks of life to visit medieval sites. In what many have described as an increase of an ‘age of Light’ in the middle of our time of profound social change, the darker medieval age seems to enthrall many all the more. But what are the various ‘strands’ of the tapestry of this period?

As a medieval historian and historical sites consultant, it is often interesting to explain ‘how’ a book came about; this one was not planned, but I did it in response to what people told me they needed, as for some years now readers and viewers have been consistently asking for a guide to some of their more favourite medieval topics – one that offers a solid, factual medieval history Overview section, followed by the featured places, key symbolism, and associated legends about each topic. To help meet this need and taking into account information received over a sixteen year period, the ‘top ten’ subjects the public enquired about were then chosen for Medieval Mysteries: A Guide to History, Lore, Places and Symbolism. Lavishly illustrated throughout with many colour photos, we explore here the Grail, the troubadours, the guilds, the Cathars, the Black Madonnas and Mary Magdalene pilgrimage places, the medieval Knights Templar, Heresy and ‘heresies’, Arthurian-related Places and lore, local customs, the Fool, and folklore traditions, and Rosslyn Chapel.

In an effort to help all readers with their own quest or studies, I have also listed some of the best books and resources (both academic and general) in each area of enquiry, and all who simply enjoy exploring medieval subjects, and a full Bibliography. Quest on! I write my books for all of you, and it is hoped that this easy-to-read guide might serve as a lively portal, a ‘doorway’, into each topic on the History, Places, and Symbolism of each, that will help anyone reading to be well on their way to learning more about these subjects. As a reader, we enjoy and imagine as we read, we ‘walk the labyrinth’ of a renewed understanding and awareness, as it unfolds for each of us. […]

The article in its full length is included in Watkins Mind Body Spirit, Issue 38 (Summer 2014).

Karen Ralls will present her book MEDIEVAL MYSTERIES: A Guide to History, Lore, Places and Symbolism at Watkins books on Thursday 16 October 2014, 6.30-7.30pm.

Meet the Author: Karen Ralls, Ph.D., a medieval historian, is a specialist in the High Middle Ages period (1100-1300) and Celtic history, and was Deputy Director and Curator of the Rosslyn Chapel Art Exhibition (1996-2001) prior to relocating to Oxford. The author of six books, she serves as a conference and workshop presenter, historical sites and spiritual journey tour guide, professional film historical advisor, and musician (flute, harp) who loves stargazing, nature walks and fine chocolate. www.ancientquest.com