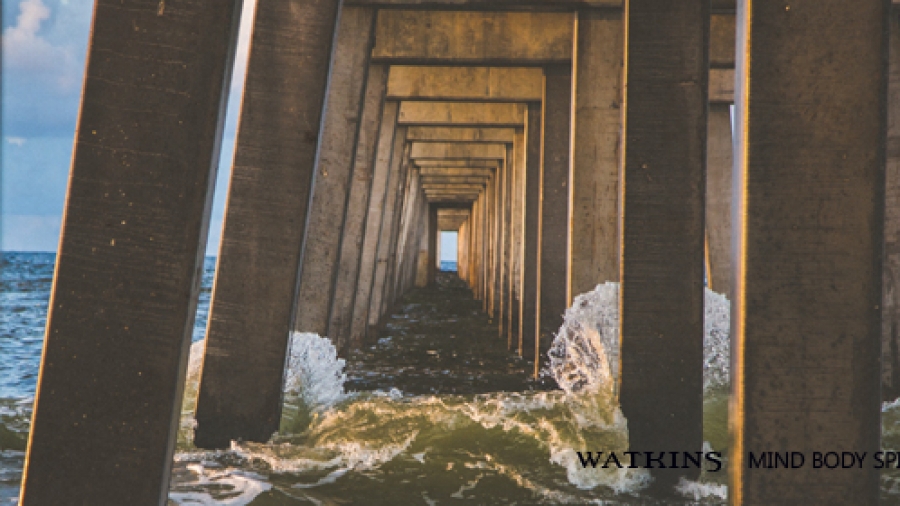 [dropcap]I[/dropcap]f you told an evolutionist that our primordial ancestor was a fully developed human – though only three feet tall – who acquired knowledge and even immortality from the angel world, he would probably laugh in your face. Let him laugh. It would, after all, be a nervous laugh, for the scientific materialist (“sci mat” for short) has never been able to account for the littleness of early man, like Africa’s australopith named Lucy, whose discovery occasioned the bitter remark: “That little midget will mess up everything,”  meaning: her morphology (body-form) contradicts the Darwinian evolutionary curve – an embarrassment.

Nor can anyone explain the unusually short stature of the 12,000 year-old “hobbit” remains (unscientifically called “pygmy freaks”), found not too long ago (2004) on the Indonesian isle of Flores. Then too, there are the (basically suppressed) “pygmy graveyards” in America’s Midwest, containing tens of thousands of tiny adult skeletons. Even today’s tribes of “Negritos” – being the pint-sized inhabitants of numerous remote spots (mountain, jungle) on our planet – are a mystery to physical anthropology, which has dreamed up a score of superfluous explanations for their “stunting” such as: Island Dwarfing, malnutrition, cretinism, early child-bearing, tree-climbing, canoe-paddling, etc. Here we find the sci mat trying to explain things that, quite frankly, need no explanation, for the height of these (and all) people is mostly a matter of inheritance – genes.

Anhuri, an Egyptian sky-god, apparently a deification of the Good Little People

Yet the original little people (called Ihins) are a lost race, long extinct. Further shrouding the picture is the deification of those Ihins, who were once known as the sacred people in all the divisions of the earth, their memory then elevated to the divine. So ethereal were they – so awesome were their powers, their “magic,” in the eyes of the barbarians – that they seemed as very gods, and were deified out of existence! Godlike they were, but myth took over and turned them into Supreme Ancestral Deity, thus erasing them from the historical record.

Pictured as a little man, the classical Mason was a master builder as were the Sidhe

However, variations of the name Ihin pop up everywhere – as in the Semitic “Irin” (a class of angels) or as “Hina” (first Tahitian woman and wife of Creator) or as “Aine” (the Limerick fada queen) or as “Innua” (Eskimo spirits of nature) or Inau (Gilyak Life-giver), the bare radical –in of Ih-in preserved in each of these names. Most notably, they became the fairy people of the British Isles: the Dao-ine. Thus does the Irish Colloquy of the Ancients refer to the worship of the Sidhe, the Good People in the fairy knolls – part of the Otherworld. Cousin to the leprechaun, they were the elect of the earth: “perfected men.”

Yes, ancient literature and oral history were in the habit of confusing heroes with “gods,” confounding real humans with celestial beings. Often the prehistorian himself is taken in by such traditions, for example, calling the old Venus figurines fertility goddesses – whereas these icons really represent the worshipped Ihin foremother. Yet the confusion is understandable, for humanity does indeed owe its immortality – called “blood of the Gods” by Plato – to the Ihin race, born of both heaven and earth, that exceptional event drawn in detail in my book (The Lost History of the Little People).

No, this is not a typical ET scenario, as so many authors have sketched in ancient astronauts who purportedly brought civilization to our world. Do not be fooled by this science fiction story. Rather, the little people were directly connected to the gods, en rapport with them; for they were in constant communication with informing spirits, who had been assigned as guardians over them from the beginning. And not just as guardians, but as teachers. This was possible because the Ihins were “open,” constitutionally psychic, for they were born with the “veil,” the caul (a membranous sheath covering the head), which has long been a cardinal sign of prophecy and divination: its possessor had the Seeing, enabling him to behold the invisible world. Born with the veil were Lord Byron, Khalil Gibran, Marie Laveau (the voodoo queen of New Orleans), and Peter Hurkos, the seer.
Hence the “magical” powers of the little people. Today’s Malay Negritos, for example, can direct a spear to point to an unknown malefactor; they can also summon the tiger, like the little people of southern Africa’s Kalahari Desert: Africaaners say there is “something uncanny” about the Bushman’s symbiotic relationship with the lion. A Bushman’s spirit can go out-of-body-and talk to the lions in the veld, convincing them to go away and not trouble them. “The sacred little people in the wilderness . . . [could] charm even the great serpents and savage lions and tigers, to be their friends and worshipers” (Oahspe, Book of Wars 21:3). 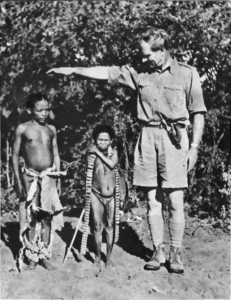 The special powers of the Bushmen, like those of the fairy kingdom and all of mythology’s little people, go back to the Old Ones, as the white dwarfs of Europe were once called. The Hue Hue (Old Ones) of Mexico were likewise shown with Europoid features and beards. In Polish and Serbian folklore, their counterparts are the Ludki, little people who “lived before us.” Similarly were the fées of Western Europe, who stood less than four feet in height, held to be the oldest beings on the planet, here even before the mountains were formed. The word “elf,” in fact, corresponds to alef (Hebrew) signifying “foremost.”
If the fairy kingdom is based on a real historical race, it would be, as Jacques Vallee once remarked, “crucial to any theory concerning the nature of the humanoids.” And that is just the point. Human evolution, as it is taught today, gives us a brutish, apelike ancestor, ignoring the spiritual forbear to whom we owe not only our splendid sapience but also the soul force that is so uniquely human.

In researching and writing about the little people, I delved into every available aspect of this lost race – their mound-building tradition, their legendary gentleness (complete absence of war), their prophetic powers, their hiding (from persecutors), their cohabitation (though forbidden) with the “ground people.” I had to probe everything from the “blue bloods” of antiquity to the David and Goliath legend, pygmy tunnels, tiny  mummies and miniature architecture, Cinderella and Snow White, the lost continent – a sprawling history waiting to be reconstructed. If I had to pick the single most compelling reason for rescuing the little people from oblivion, it would be anthropological: for we all have the seed of the Ihin and are therefore endowed with an immortal soul. Indeed, the little people’s story gives us a version of anthropogenesis quite alien to today’s experts, who (as strict sci mats) ask us to believe we are made-over apes and only accidentally (through mutations) acquired our human make-up. But it was no accident. We come, not really from animals, but from embodied spirits.

Although the Darwinian playbook is sworn at the thigh to a secular paradigm, casting the human race as nothing more than improved beasts – who came about by happy chance (natural selection) – the biography of the little people tells a very different story: We are here for a reason and were put here with a purpose, a plan, a design. Not the random game of chance taught us by evolutionary genetics. The theory of blind forces and so-called instinct has served nicely to justify the aggressiveness and selfishness of our fellow man, but this too is state mythology. Better, methinks, to look back on the Old Ones, sweet-faced and gentle, with musical voices and practical wisdom, as the proper template of humanity. For they were beings of Light. And so are we.

Meet the Author: Susan B. Martinez, Ph.D., is a writer, linguist, teacher, paranormal researcher, and recognized authority on the Oahspe Bible with a doctorate in

anthropology from Columbia University. The author of The Psychic Life of Abraham Lincoln and The Hidden Prophet, she is the book review editor for the Academy of Spirituality and Paranormal Studies. She lives in Clayton, Georgia.

Susan B. Martinez
The lost history of the little people: Their Spiritually Advanced Civilizations around the World
Bear & Company