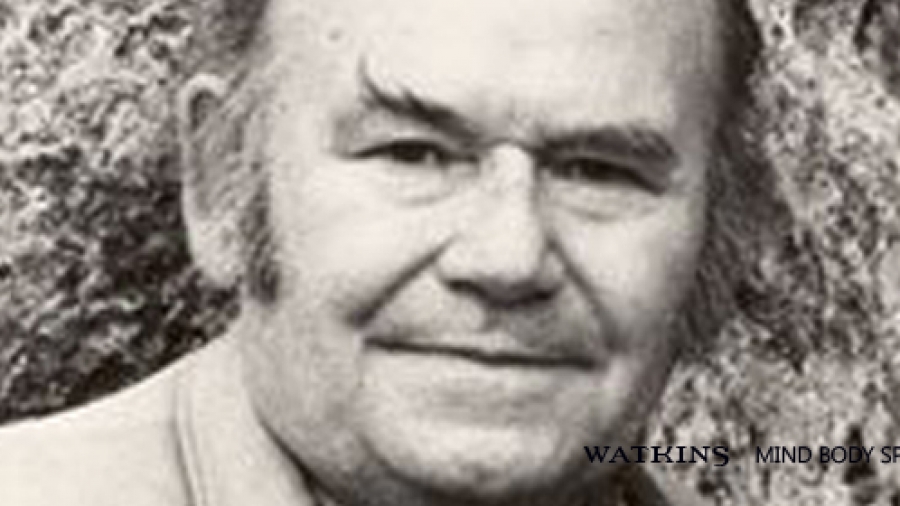 by Watkins Books
with no comment
Magick and occultModern teachers

Letters of Light is a collection of missives from the late adept William G. Gray to myself, from the age of 17 until 23. It might also be called Apprenticed to Magic.

Bill Gray (1913 – 1992) was a real magician. No-one who met him had any doubt that he was in touch with supra-human sources of wisdom, or that from his home in a dowdy back-street of Cheltenham he was bringing through energies from other dimensions that would one day influence us all. He reeked of psychism like he often reeked of incense, could give you the uncomfortable feeling that he could see right through you and beyond, and had been to places in spirit that we could scarcely imagine. He had powers of low-key prophecy which he often demonstrated, which were often accurate, and he turned some of the convoluted magical systems that had endured for centuries inside-out and upside-down, thus making it simpler for the rest of us to work with Light.

Among many others, Bill Gray knew Aleister Crowley, Victor Neuberg, Israel Regardie, Dion Fortune and the chief Druid Thomas Maugham; he worked magic with those Founding Mothers of modern Wicca: Pat Crowther and Doreen Valiente. He had a splendid falling out with the magister of the Clan of Tubal Cain, Robert Cochrane – and a host of others.

Many of the books on magic and the kabbalah which appear today owe a huge if unrecognised debt to his pioneering writing. In fact there is now a generation of magicians and witches who imagine that their teachings came from the temples of Greece or Khem, from the vaults of the Rosicrucians, the lodges of the Golden Dawn, or the pagan-haunted glades of the ancient Wildwood. They did not. They came from 14 Bennington Street, Cheltenham…

I was 17 when I wrote my first letter to William G. Gray. He was not my only correspondent, even at that age. I have earlier letters from a wide variety of unusual people ranging from the wonderful rogue Lobsang Rampa through to W.E. Butler (who sent me a signed copy of his little book Magic – its Ritual, Power and Purpose), the up-and- coming Gareth Knight – plus a host of others whose names have either become legends in the magical/mystical fields or have long since been lost to history. But it was Gray who showed the most interest and gave me the most encouragement. He always replied within 24 hours, and always used a first-class stamp. Anything less would have been an insult to the Magic.

As I browsed through my Gravian collection for the first time in many years I found, somehow tucked away among his earliest letters, one from Kenneth Grant. I had written to Grant quoting a piece from the Book of Law which assured me that I could demand initiation into the Ordo Templi Orientis. He disagreed, and suggested I might want to do some Work first, by keeping a diary for a full nine months. I was miffed by this, and the idea that he could be so cavalier with his interpretation of the sublime but unfathomable Liber Al vel Legis as the cognoscenti called it (of which I was obviously one). Hell, I had already taken my own Unreserved Dedication before the bedroom mirror when I was 15, astrally projected several times, knew the Divine Names of the Sephiroth (even if I did intone them with a broad Geordie accent) and was disappointed that this callow Frater Aossic, as he called himself, couldn’t intuit this.

I was 17, omniscient, quietly obnoxious. I knew everything; I knew nothing. I really needed putting in my place. And I couldn’t have picked anyone better to do this than Bill Gray.

It is only re-reading his letters now that I begin to appreciate how much time, care and effort he devoted to passing on his knowledge. Whatever his faults – and he had many – he never stinted on this. In many ways, through his correspondence, I saw the very best of the man.

Of course in saying that, I am speaking to those who have ‘ears to hear and eyes to see’. That is to say, his legendary racism did not crop up at all, and the whole complicated question has been dealt with at some length in my co-written biography of the man, entitled The Old Sod. I have seen the book signed to him by the great African shaman and healer Credo Mutwa, with whom he got on wonderfully. I also spoke to someone who had been present in South Africa when Bill lambasted the white shop-owner for his disgusting rudeness to a black customer. To Bill, this was the black man’s country, and the whites were intruders. Plus I will labour to point out that my first wife was Chinese and I have many close friends of all races and sexual orientations; I don’t think even my worst enemy could accuse me of being racist, sexist or homophobic.

I simply ask people to put aside what they may have plucked from a less-than-accurate holier-than-thou, insufferably superior but dried-up grapevine. Without intending to create any kind of awkward pun, when it comes to William G. Gray, things are never as black and white as they might first appear.

Before my first letter reached him, I had already read his Ladder of Lights, and had bought it from the bird-like and red bow-tied Geoffrey Watkins himself in Watkins Bookshop, Cecil Court, London, where I escaped to during a school trip. He told me tales of his own father and Madam Blavatsky, and the spirit bells that rang wherever she walked. He was amused by my pronunciation of Jung with a hard ‘j’, and had great difficulty with my thick accent but saw my thirst for knowledge. I asked for Gray’s book; he tried to persuade me to buy tomes by Raynor Johnson, Joel Goldsmith or even Idries Shah, and said he had heard Gray was a very bad-tempered man. I didn’t care. It was hot, mad Western Magic I craved, not cold and drippy Eastern Mysticism. But his last words as I tucked the book away, hiding it from the scorn of my school mates, were: “Please accept my good wishes for this most important of all journeys.”

Until I began this present volume I had not looked at most of Gray’s letters in over 40 years. Today, while I was not surprised by how much of the content I had forgotten, I was startled and touched by the sheer depth and humanity of his replies, even though they were expressed in a completely unsentimental way.

In these letters you will also find chunks of lucid prose that are as good as anything ever written by anyone. Read the following rant about Sex Magic which I had asked him about, as it seemed to be everywhere in those times and I wasn’t getting any of it:

I’m afraid I’ve seen and heard so much bloody rubbish masquerading as Sex Magic, that I’m just about disenchanted with the topic. I think of the great Aleister Crowley sitting up in bed casting I Ching sticks to decide whether he wakes Leah up to poke her or not. I think of skinny old Gerald Gardner, King (?) of the Witches prancing around with elk-horns from a coat-rack tied on his head while the girls tickle his tool with a pink feather duster. I think of all these so-called Master Magicians and High Priests of Witch Covens living on National Assistance and trying to convince themselves they are Adepts and God knows what of Sex Magic when they couldn’t even raise a good fart between the lot – let alone anything more dangerously fertile. All because of a pathetic puerility and a lack of genuine love anywhere. Poor, poor little people. God grant them love in their next life-rounds. They need it desperately.

Don’t just take in the content, listen to the angry passion, the spontaneous rhythm of his prose. And marvel also at the following advice he gave me, a teenager, at the very beginning of my adventures on what was once termed The Path:

So, be very sure of yourself before seeking entry to the “Inner arenas”, and don’t say you weren’t warned. Once in, there’s no turning back. One has to go on, and on, and on, to the bitter bloody end, because one has to. No matter how horrible, how frustrating, or more frequently how blatantly boring the Inner Path may seem, it has to be plodded to the very final and sometimes terrible end before it enters PEACE PROFOUND wherein Nothing can harm or hurt you ever again. You can’t just “take up Magic” like some hobby and abandon it when you feel inclined. You may, and periodically should, have “resting” periods during which nothing much appears on the surface while a good deal is developing underneath. Nevertheless, once you become part and parcel of the Magical Tradition especially that of the West, expect difficulties from all directions. Ultimately you will either overcome or outlive them, even if you re-incarnate a few lives on the way.

He was right there: there was never any turning back in my own life. It hasn’t always been happy, but Magic, and the sense of being connected with something bigger than myself, got me through the bad times, gave me numinous adventures and has never been boring. If there is to be a ‘bitter bloody end’ it will be a small price to pay for the ever-becoming fountains of wonder that the inner traditions have given.

About the Author: Alan Richardson has been writing weird, wonderful, winsome and frequently embarrassing books  for longer

than many of his readers have been alive. He has done biographies of such luminaries as Dion Fortune, Aleister Crowley, Christine Hartley and William G. Gray. Plus novels and novellas that are all set in his local area. He is also an expert on Earth Mysteries, Mythology, Paganism, Celtic lore, Ancient Egypt, jet fighters, army tanks, Wiltshire tea shops, Great British Actors and Newcastle United Football Club. Mind you, he regards supporting the latter as being the closest thing a man can get to a Near Death Experience. He does not belong to any group or society, does not take pupils, no longer gives lectures, and insists on holding down a full-time job in the real world like any other mortal. That, after all, is part and parcel of the real Path – however it might be defined. He is married with four daughters, and lives the life of a Happy Hermit in the south-west of England. www.alric.pwp.blueyonder.co.uk