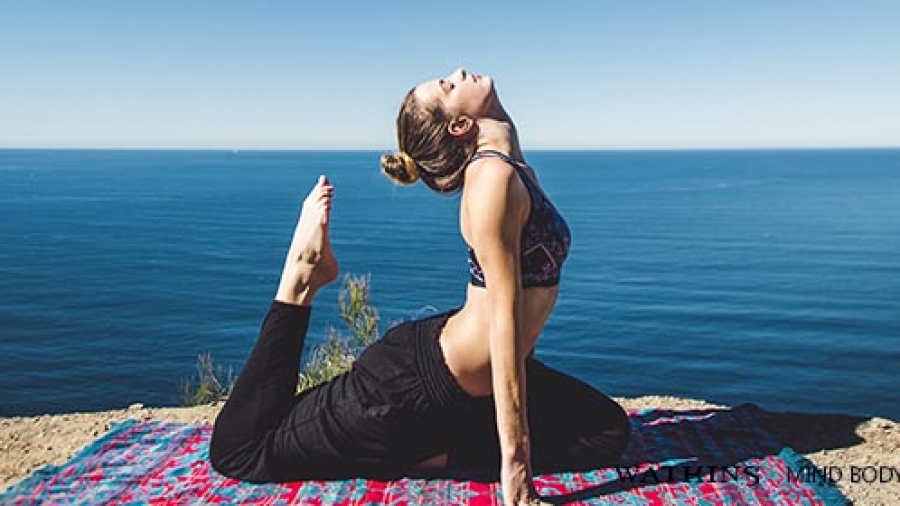 We all need to understand that personal transformation and cultural – economic and political – transformation are interconnected. For example, gender relationships, which are tough for people to deal with, are key to whether a society orients to domination or partnership in all its relations. – Riane Eisler

Yoga has become a great business. So when Narendra Modi, the Indian Prime Minister, elected June 21st as the International Yoga Day, he did it not only for spiritual and noble purposes, but as a political choice too. Not in an economic sense, but for the political vision of India and for the Prime Minister himself. India has a lot to gain by claiming its status as the Mother of Yoga, and historically-speaking it has the right to do so.

Modi opted for the day of Summer Solstice, the longest day of the year (at least for north-western countries). A likely reason behind this choice is the fact that the Sūrya Namaskāra, the Sun Salutation, has become a symbol of the yoga practice. Even before the International Yoga Day was issued, there were people gathering in some of the world’s main cities during Summer Solstice practising the famous sequence. Yet, in the strictest sense, Sun Salutation is not actually yoga. The Sūrya Namaskāra is a hindu practice, a religious prostration to the Sun representing a form of divinity. Hatha-yoga, according to the ancient texts, consists of static poses, breathing exercises, concentration and meditation. It has nothing to do with that dynamical sequence, even if nowadays every hatha-yoga school includes it in its schedule. It is similar to assuming the kneeling toward the Mecca is a symbol of Sufism, just because Sufism was born in an Islamic context.

By choosing June 21st as Yoga Day, the PM did much more make the Sun Salutation a representative of Yoga. The solstice recalls the ancient, pre-brahminic matrix, from which we presume Yoga started, about 6000 years ago. This is a reference to the Neolithic culture, which spread all over Europe, the Middle East and Ancient India. It was a culture that paid constant tribute to the Sun, building megalithic temples with main doors in strategical positions so the Sun could enter through them on days of Solstices and Equinoxes. There are examples of this culture in England, Romania, France, Crete, Malta, and Turkey. The sites of Mohenjo-Daro and Harappa in Pakistan, where the most ancient testaments about yoga were found, present Neolithic features in their structure too.

Several archeological and anthropological studies show that all these ancient cities were very similarly organized. The famous and marvelous book of Riane Eisler, The Chalice and the Blade, Our History, Our Future, summarize all these studies and set the acclaimed theory that these societies were organized on a partnership model, rather than a domination model. There was no substantial difference between human beings, nobody was superior to another, man and women had same rights and they were cooperating in respect and common interests for a better society. There were of course some people, who wielded the power in order to manage social order, but these people were not considered more valuable. Power was considered something related to responsibility, not dominion. This is proved by the findings in burial-places: all the graves are exactly the same.

Today, with all our culture and awareness, this idea of equality should be on everyone’s mind, but in many cases it is not. Today, celebrating June 21st as the Yoga Day can be reminder that a mutual society, based on partnership instead of dominion, is possible. It is possible to come back to a society where male and female principles are balanced, this is actually what the yoga practice is aiming to do. If we can establish a balance between the male and female inside of us, then maybe there will be a hope to do the same throughout the world.

How do you experiment with this balance in a practical sense? Try this passage:

Assume Virabhadra-āsana II, a very masculine position. Then switch to a female posture by simply bending your trunk toward the back leg and raising the front arm in a mild movement, like a dance. This is the pose of Indian dance. Feel the difference between the two poses, come back to the first one and then again to the second a few times. Try to harmonize them. Repeat on the other side. Do I feel a deep interior balance?

I pray for a world where we live in partnership rather than domination; where ‘man’s conquest of nature’ is recognized as suicidal and sacrilegious; where power is no longer equated with the blade, but with the holy chalice: the ancient symbol of the power to give, nurture, enhance life. And I not only pray, but actively work, for the day when it will be so. Riane Eisler

About the author: Gilda Giannoni has been practising yoga since 1992 and teaching since 1999. She founded her school YogaMarga in Verona in 2005 and since then she has been involved in several Teacher Training Courses, conferences and seminars in Verona and other cities in Italy. She holds a degree in Philosophy (Pisa University, Italy), several certifications as a Yoga Teacher (Italy and India) and a post-graduate degree in Yoga Therapy (S-Vyasa Yoga University, Bangalore, India). She has written articles for an Italian yoga journal and her book, Yoga, dall’Armonia alla Gioia, was published in 2012.