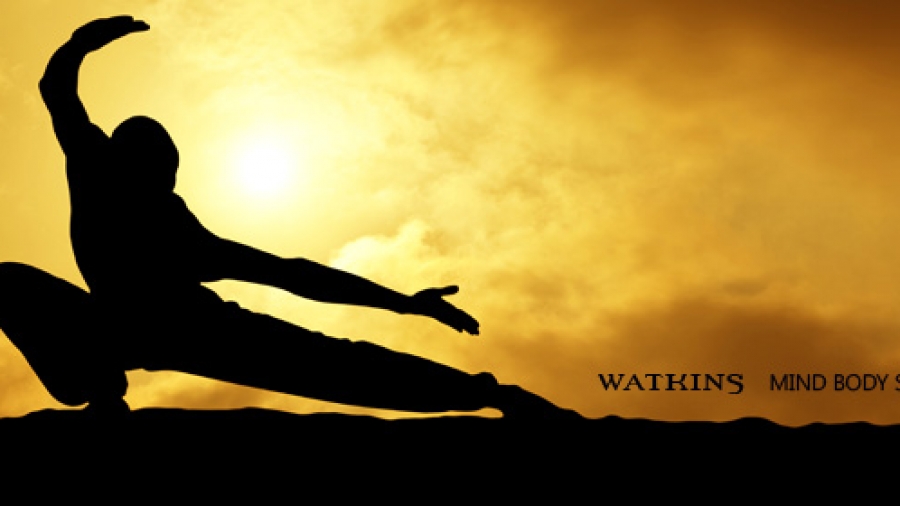 Bruce Frantzis is a Taoist Lineage Master with more than 40 years’ experience in Eastern healing systems. He is the first known Westerner to hold authentic lineages in qigong, bagua, tai chi, hsing-i and Taoist meditation. Bruce trained for over a decade in China and also has extensive experience in Zen, Tibetan Buddhism, yoga, Kundalini, energy healing therapies and Taoist Fire and Water traditions. To watch the full interview go to: www.conscious.tv and find it under the Consciousness/Energy section.

Iain: Explain the difference between the inside and the outside. We can see it obviously in terms of yes, you’re fighting with martial arts on the outside, but it goes deeper than that, doesn’t it?

Bruce: Several things. You can fight based on a strong mind, based on developing your muscles and reflexes, training your motor functions and going back again. Having a strong enough mind to actually put them into action. This is not actually terribly different from what an Olympic athlete does – and essentially describes the process of becoming an Olympic athlete. Yeah, sure you have to have a tough mind… but still your body is something outside you, they’re outside you. When you start moving into the internal stuff, you start learning how you don’t get your power from your muscles. You open up the energy channels inside your body and you shoot something through them and all of a sudden, you’ve got many times the power you could get physically, or even if you don’t, some other things. To get this power to come from inside you, this chi, this energy from inside you, you have to learn how to completely relax.

Iain: So chi, which we hear a lot in modern society, that basically means internal energies?

Bruce: That’s internal energy, yes. That is one of the translations of the word. But that’s what internal energy is. To get there, to really mobilize chi at its highest level, [which is] what I do – because there are middle and lower gradations of it – you have to learn how to really relax. Now, to really relax your muscles is hard enough, then to really relax your energy, that’s really harder and then to really relax the mind that’s behind it, that’s really [even] harder. So I ended up switching into what they called the internal martial arts that are based on that; and then that was the beginning of when I got far enough down that road. That was then a long period of real full contact competitions without much rules where people just got seriously rough. There wasn’t “You can’t do this, you can…” What about do anything you want? But I did it through internal energy because even when I was weighing in those days 150 pounds, I was taking 300-pound people out with one shot.

Iain: But you had to learn your lessons, didn’t you? There were people that also seemed to be weaker than you that were taking you out too.

Bruce: Well, yeah. I got my first hit of that in Japan with this little judo guy who was like 4 foot 11 who was tossing me around like a rag doll. Ueshiba was maybe five feet tall and he’s tossing me around no way but loose. And sometimes, he can even do it like literally just having one finger on you.

Iain: And they were doing it with their internal energy?

Bruce: The judo guy wasn’t. He taught me how to use your hips. Boy, could he use his hips! But with Ueshiba, it was with energy. Wong Shu Jing later on, the people I did in China, they were doing [it] with their energy. I can remember one of the first times I was fighting with Wong, he did just this light tap on the top of my head. I felt like an electric lightning bolt went through me and all of a sudden I was in a full squat on the floor and I did not even see how I got from the top to the bottom. But you learn these things; this is not any different than in yoga, real yoga. I mean, there’s all this malt yoga, which is like gymnastics by any other name, because actually I did real yoga in India. I did it up in the high Himalayas.
I did it with the people that did it from the whole spiritual point of view. But when they start talking about prana and they talked about opening of the channels… those little funny pictures, channels and chakras, well… you know something it’s for real. But it’s not for real if you can’t manifest it inside you. Then, it’s a pretty picture book.

Iain: So we all have it inside us. It’s just that most of us have either lost touch, or never been in touch with it in the first place. Is that correct?

Bruce: Yeah, yeah. I mean, I would say a lot of babies are in touch with it, but it doesn’t take very long.
They hear enough noise or whatever and they start mimicking the giants and it goes away.

Iain: Unless their parents are very aware of chi, they’re not going to have any schooling if you like.

Bruce: That’s right. That’s right, but the question you’re asking is, is it innate in human beings?

Iain: Yes, yes. And does a person’s chi vary? Are some people born with a stronger chi than other people?

Bruce: Yes. Some people were born with dramatically strong chi nodes. But if you, let’s say take martial arts, or people who do Qigong, or you take people who do Taoist yoga which is not hatha yoga, it’s not the India trip, it’s Chinese trip that this whole thing is famous with people who are incredibly sickly and weak and [with] terrible constitutions did something and then they became virtual superman or superwoman. So yes, it can be developed like anything [else]. You can develop, let’s just say, intelligence to a certain degree, or you can develop muscles, but you really have to use them to develop them. It’s not going to happen because, “Oh, wow, that’s a wonderful idea.” How many people are running around [thinking] “Wow, Warren Buffett has got $40 billion. Wow! Hey, I just got to buy something and sell it for a higher price”? Well, you know… but not that many people actually pull it off. So to “pull it off”, as the phrase goes… the joke there is it’s like the ham sandwich and the pig. You find the ham sandwich interesting, the pig is committed. I mean, you do it and you do it all, and then you pass it on.