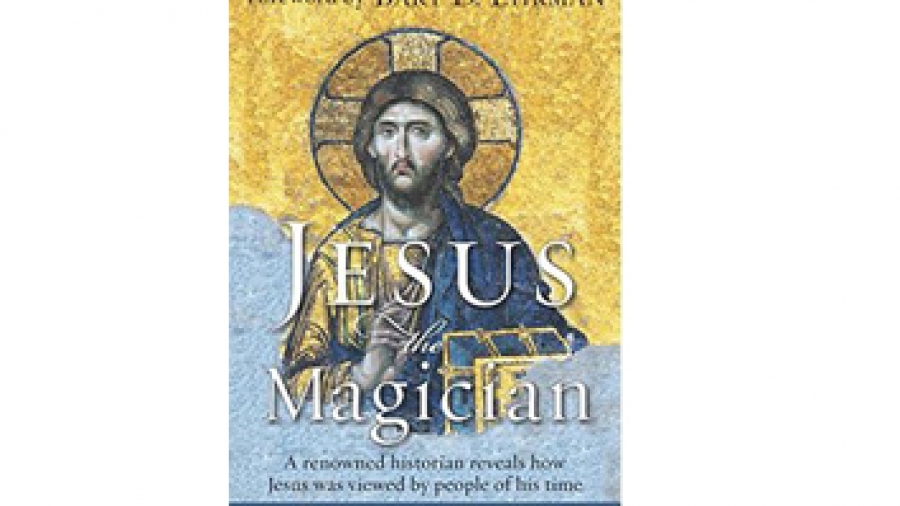 Morton Smith
Jesus the Magician: A Renowned Historian Reveals How Jesus Was Viewed by People of His Time
Hampton Roads Publishing
£14.99, Available from Watkins Books

Selected by Jeremy from  Watkins Books:

‘Written originally in 1978 this book is still stands alone as the only serious attempt to see Jesus through they eyes of his contemporaries. In no way does it disparage the gospels themselves as embodying eye-witness testimony, rather it seeks to supplement this by way of the fragmentary indications we have of how his enemies saw him and to couch this in turn in an exhaustive analysis of popular beliefs and practices of the time, especially those pertaining to so-called miracle workers.
What emerges is that the two titles under which Jesus was known, namely ‘Son of God’ (by his followers) and ‘magician’ (by his enemies) are in fact much more closely related than they seem. In short Morton Smith, a renowned scholar in his own right, has provided a strong argument to suggest that previous scholars in trying to depict Jesus as a rabbi, a prophet or a revolutionary were, one and all, failing to see the most obvious category in which his contemporaries would have placed him. While highly regarded by historian’s for it’s meticulous research this work is, sad to say, treated rather more warily by biblical scholars. Until the evidence Morton Smith provides is seriously engaged with and questioned on its own terms however this book will stand as one of a kind, a wild card in the theological pack. In short, well worth reading and pondering!’