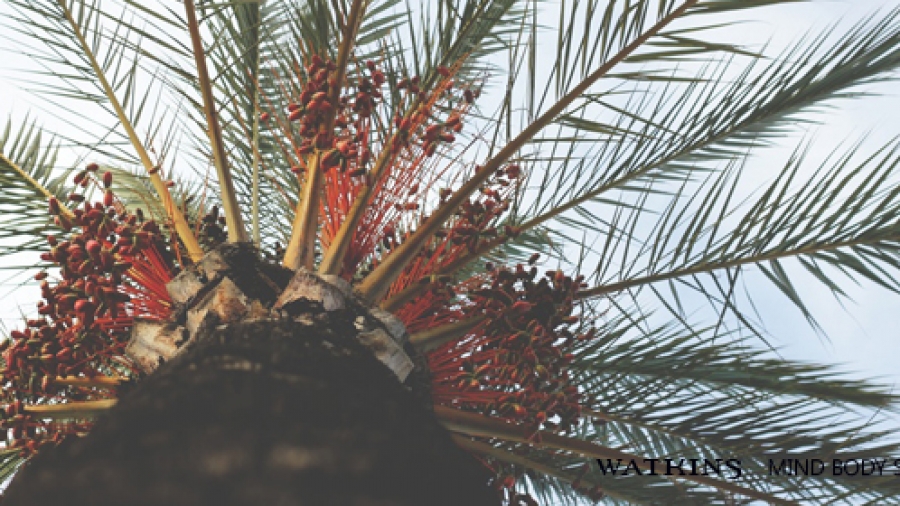 by Howard A. Jones

[dropcap]W[/dropcap]e live in a rational and increasingly materialistic world. There are many who feel that religion has become largely irrelevant in the day-to-day lives of ordinary people. Despite the originator’s misgivings, the materialistic path of evolution outlined by Charles Darwin (who went to Edinburgh University to train as a priest!) has been accepted as essentially correct. So, is there still a place for the more teleological and spiritual approach to the path of evolution outlined by Darwin’s contemporary, Alfred Russel Wallace?

Charles Darwin was not the first to propose a pathway for evolution. French biologist Jean-Baptiste Lamarck suggested something similar in 1809, fifty years before Darwin, in his book Zoological Philosophy. He realised that species undergo changes with time, a process he called ‘transformation’ or ‘transmutation’ and he suggested that some kind of outside force was responsible. Furthermore, he believed that offspring inherited physical characteristics that had been acquired by their parents through their lifetimes. Even before that, Charles Darwin’s grandfather Erasmus, struck by the number of now-extinct life forms that were seen as fossils, suggested a gradually developing Earth that had evolved over very many generations rather than the six-day event described in the Bible.

The Traditional Argument for ID
There has also been controversy for centuries about whether the universe itself came into being spontaneously or was created by a god – a philosophy described as creationism – and the path of evolution is clearly part of that creative process. As scientists gathered more and more data about the natural world, some divine participation in the process of Creation seemed to be unnecessary and unsubstantiated.

Then in 1996 a biochemistry professor at Lehigh University in Pennsylvania, Michael Behe, published a book called Darwin’s Black Box. In this book Behe suggested that certain organs of living creatures – like the eye and the cilia used for locomotion – were so ‘irreducibly complex’ that they could not have come into existence without some input from a Grand Designer. The mechanisms of evolution could not have come together sequentially in the right way to create such complex organs without there being some end goal in the design plan. Creationists seized upon this idea as it seemed to provide scientific argument for God’s handiwork.

The euphoria did not last long. It was soon shown that visual apparatus of some kind had evolved some two dozen times during the course of evolution. Many of these organs were very rudimentary and lacked the complexity of the human eye or compound eyes of some insects, but this complexity was clearly not unique nor ‘irreducible’.

The books by mathematician William Dembski in the late 1990s seemed to show support for such intelligent design (ID) from a different angle. He argued using probability theory that getting all the right factors to cohere at the right place and the right time to build even the basic chemicals of life, like proteins and nucleic acids, was highly improbable. The problem with this line of argument is that we know almost nothing about the conditions existing in the various locations of the Earth through geological time so that it is specious to attempt to put mathematical values on probabilities of certain chemical processes occurring.

So, scientific arguments for the essential participation of the anthropomorphic God of the Bible and western religions seemed to have been defeated. The idea was not even supported by theists because it suggested a god who couldn’t get things right and had to keep tinkering with His Creation.

An Updated Argument for ID
One of the fundamental laws of the universe is the Second Law of Thermodynamics that isolated dynamic systems will always tend towards a state of increasing disorder or, in thermodynamic terms, a state of increasing entropy. If you throw a handful of dice onto the table, they will not arrange themselves in any particular pattern and the uppermost face will be any number from 1 to 6. Something similar will happen every time you repeat the procedure.

However, there are many systems, both organic and inorganic, that have within them an ability to reverse this propensity, become more organized or complex and move towards a state of decreasing entropy. All living systems have genes and enzymes that can achieve precisely this result. Enzymes are usually proteins, as are most of our tissues, and are made up of a selection from about 20 building blocks called amino acids. The whole protein may be extremely complex, but it can be built up in theory and in the laboratory, a bit at a time from polypeptides of varying lengths. The same is true of carbohydrates, the other polymer building blocks of plant life. Here we have complex compounds that are not ‘irreducibly complex’ and which have, within the structure of their component molecules, an intrinsic (or implicate as David Bohm described it) propensity for organization.

Within inorganic systems, we are all familiar with the beautiful patterns of a snowflake, or of ice condensing on a window. Ilya Prigogine and his co-workers made a special study of such situations and described them as ‘dissipative systems’. Two well-known examples from the fields of physics and chemistry are the Rayleigh-Bénard instability and the Belousov-Zhabotinsky reaction, respectively. In the former, a thin planar layer of liquid heated from beneath organizes itself into a number of convection cells (often hexagonal in shape). In the latter, a small assortment of certain chemicals mixed together will produce a solution that changes colour and oscillates spontaneously between two different colours.

In the twentieth century, a number of biologists – the German-American Hans Spemann, Austrian-American Paul Weiss and the Russian scientist Alexander Gurwitch – almost simultaneously suggested that an extracorporeal field of some kind influenced a developing embryo. They called this field a ‘morpRupert Sheldrakehogenetic field’. The idea was taken up by contemporary biologist Rupert Sheldrake. He believed that such a field was active more widely than just affecting the embryo but also interacted with the human mind. He called this the ‘morphic field’ and the mechanism through which it operated was described as ‘formative causation’.

This field corresponds to the ‘collective unconscious’ suggested by C.G. Jung, the implicate order envisaged by David Bohm and, long before that, to the realm of Forms or Ideas suggested by Plato and the akashic field of ancient sages. Here is a reservoir of ideas with which rishis commune during meditative trances. It is therefore not too fanciful to suggest that psychics tap into this same virtual domain in telepathy, clairvoyance or psychic healing and which allows mediums access to events past and future in post- or pre-cognition. Indigenous people frequently communicate telepathically. They have an awareness of their natural surroundings that far exceeds that which could be achieved through the five senses. Sheldrake has studied these qualities in both humans and animals. Here is the sixth sense in action!

There is now a mass of anecdotal evidence that has been accumulated indicating continuing existence of the discarnate soul in the afterlife. In readings between mediums and the living, facts are revealed from the life of the subject that the medium could not possibly know about. Scientists can no longer rationally dismiss all of this information as fraud or wish fulfilment, but it will require an expansion of some of the fundamental laws of science. It is reassuring to know that this revolution has already begun. Planck’s quantum theory of 1900 emerged from studies in thermodynamics, but it opened the door to a new way of looking at the natural world and a whole new branch of physics.

The behaviour of things at the quantum level is not confined to the physics laboratory. It applies to all substances both natural and artificial and the way properties are described is much more like happenings in the spiritual world than those in the world of Newtonian text-book physics. Events in the quantum world belong to a holistic entity, so that the whole system is instantly aware of what happens at any one location, and it responds accordingly. The vibrational pattern of quantum energy acts as a carrier wave of information. When those vibrations from two sources are in phase we have coherence. Such interactions cannot be described within the classical or even relativistic physics of space-time. In quantum theory it is described as entanglement. Fritjof Capra and the Dalai Lama have both written books about this connection between the quantum world and the philosophies of the east, described millennia ago. Many philosophers and sages have pointed out that all we can know of the world comes to us through mind – both the rational mind, primarily located in the brain, and the spiritual mind, soul, intuition or the unconscious, which forms part of the cosmic spirit.

Thus, human consciousness has also evolved along with our physical evolution. This idea was suggested by Richard Maurice Bucke and Pierre Teilhard de Chardin. At first the human mind focused on food and shelter for survival. The next stage of development allowed time for aesthetic pursuits such as art-work representations of everyday lives. Formal religious systems were set up to nurture the human need for protection from overwhelming natural forces and to further social interaction. Gradually, the human mind was able to spend increasing amounts of time on this spiritual development. Bucke described this as a three-stage process of passing though simple consciousness, self-consciousness and cosmic consciousness. Dealing with evolution of Earth as a whole, Teilhard talked about geogenesis (formation of the material Earth), biogenesis (emergence of life forms), psychogenesis (evolution of the human mind) and noogenesis (development of the cosmic spirituality within us). The term noogenesis originated with Russian scientist Vladimir Vernadsky, one of the founders of the subject of geochemistry, but Vernadsky’s interpretation of this as the third development of human evolution makes it clear that he was envisaging this in the same sense as Teilhard’s psychogenesis.

Humankind has achieved this ultimate goal of evolution to a state of numinous awareness to some extent. In fact, technologically developed western society is ever so slowly moving towards the spiritual holistic outlook of indigenous people and the eastern sages of old. Now this is the sort of growth we should be aiming for! We see our progress in action in our aesthetic appreciation of the arts, crafts, music and humanities – a dimension of the human world that lies beyond materialist description. Rational understanding deepens aesthetic experience; but knowing that water is H2O does nothing to deepen our appreciation of a brook or waterfall or snowflake. Aesthetic appreciation of a painting of a scene is only partly appreciation of the scene itself and mostly of the skill of the artist in representing it. Our analysis of a Beethoven symphony or exploration of Blake’s use of imagery will heighten our appreciation and admiration of both the artist and his work, but there remains an aesthetic dimension that rationalist reductionism can never interpret. Aesthetic judgement involves both an active intellectual understanding of the material properties of an object, its representation in art, words or music, and its numinous qualities that demand a passive sensibility to qualities that move the soul.

Thus when proponents argue between materialistic evolution as outlined by Charles Darwin or the more teleological approach of Alfred Russel Wallace, there is a place for both. The mechanism of evolution may well proceed along Darwinian lines, but this does not preclude participation by a spiritual energy as suggested by Wallace – and by Sheldrake and by many religious clerics. Interaction by a divine spiritual force as implied in the original notion of Intelligent Design (God designing, creating, and controlling every step of cosmic evolution) may be a great deal more subtle than that implied in biblical creationism, producing its effects through the natural forces of the universe. There is now a great deal of evidence that supports this picture.