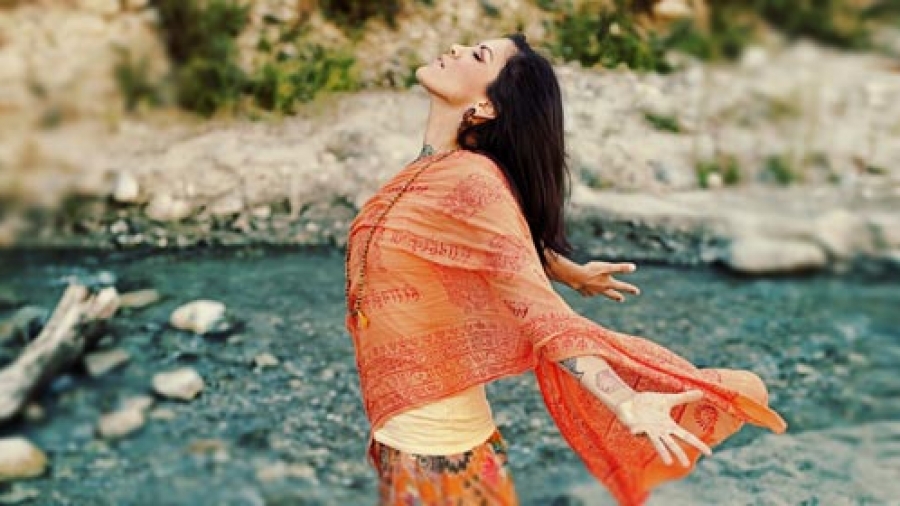 I came of intellectual age during the sixties when I received all of my higher education that prepared me for an academic career as an American sociologist. After ten years of schooling I absorbed the worldview that was dominant among academic circles, a worldview that in retrospect I have labeled as the “syndrome of modernity.”  This “syndrome” implied that: a) the physical universe is all there is (reductionism); that the only knowledge we can have is based on our five senses, sharpened and fine-tuned by the empirical methods of science (positivism); that there are no values and moral standards other than what societies create for their own maintenance (relativism); and that we as human beings are nothing more than the sum total of our genes and cultural conditioning (determinism).  Within the context of this four-fold “syndrome” there is no room for God or spiritual forces at work in the Universe and in our lives. Anything related to religious or spiritual sensibilities is simply dismissed as a leftover of our pre-rational and superstitious past.

I eventually felt suffocated by this over rationalistic view of the world. At the start of my teaching career in the early seventies I recognized that a purely materialist world view was no longer intellectually tenable. Furthermore it logically and unavoidably led to nihilism. It is at that point in my life that I began exploring Eastern religions as a way out of the “iron cage” of western rationalism.  The sixties turned me into a skeptic, and a reluctant agnostic at that, but my exposure during the seventies to the wisdom of Eastern religions, as well as to native American shamanism and “frontier” science, led me to become skeptical of my skepticism.  Eventually I concluded that there is more to life than what our conventional sciences have allowed us to imagine.  It was at that point, at the end of the seventies and during a sabbatical leave from the University of Maine, that I serendipitously encountered a group of “psychic” and unconventional healers in my native Cyprus. I gave up other projects and spent the eighties exploring their mysterious world. More specifically I focused on the extraordinary world view and life experiences of Daskalos, the teacher and leader of that group. What I had witnessed in my field research  as a “participant observer” during that period in my life led me to the conclusion that the human mind is not confined within the brain, that it is “non-local,”  and that human beings have deep within themselves untapped and unrecognized abilities over and beyond the five senses.  My field research was the empirical validation  of what some pioneering and contemporary scientists like Russell Targ have concluded via laboratory- controlled experimentation: that there is enough evidence to conclude with a high degree of confidence that psychic abilities are real and not the delusional fantasies of soft-headed and gullible folks. Interestingly after the publication of my trilogy about the psychic healers,  and based on the many letters I received from readers, e-mails, phone conversations and visits to my office, I came to the realization that the  enchanted world that the Cypriot healers   reported was  shared by many  people from around the world. There seems to be a “para-culture” out there that has evaded the radar of awareness of the academic and cultural elite because of the over powering dominance of the “syndrome of modernity.” Furthermore, people with extraordinary mystical experiences are reluctant to go public for fear of being ridiculed, or worse, labeled as mentally ill.

[span3][margin_10t]“There seems to be a “para-culture” out there that has evaded the radar of awareness of the academic and cultural elite.”[margin_10b][/span3]

If the sixties turned me into a skeptic and  the seventies freed me from  skepticism ,  and if the eighties  offered me confirmation of the validity of transcendent realities (through my field research),  the nineties opened the road for me to discover the rich but little known mystical spirituality of Eastern Christianity. It happened once again through a series of serendipitous incidents beginning with an invitation, and an insistence, by a friend to join him on a trip to Mt. Athos to meet “real saints.” The Holy Mountain, as it is called, is a peninsula in northern Greece, thirty miles long by ten miles wide that since the ninth century has been reserved as a sanctuary for Eastern Orthodox monks and hermits. It is a relatively autonomous theocratic republic within the Greek state hosting twenty ancient monasteries and many hermitages.  During my first visit there I was stunned to realize that what I was searching for in India and Tibet, that is an experiential path to transcendent spiritual realities, have always been present in my own cultural “back yard.” In fact I mused during that first visit that Mt. Athos may be “the Christian equivalent of Tibet.”  It is on that  visit to the Mountain  in 1991 that I met a   thirty- two- year- old monk that I called “Fr. Maximos,” a monastic that demonstrated for me, and was recognized by fellow monks,  as someone who  possessed  extraordinary and uncommon spiritual wisdom, a true master of Christian spirituality. So much did he impress me that I spent the next twenty years studying him and his extraordinary world.

Inner River: A Pilgrimage to the Heart of Christian Spirituality

In my latest book, Inner River: A Pilgrimage to the Heart of Christian Spirituality (Random House/Image Books, 2012), I continued my participant observation work with Fr. Maximos and other charismatic monks, hermits and lay persons of  Eastern Christianity. I tried to show through accessible dialogues, historical references and pilgrimages to spiritual centers of Eastern Christianity, such as Mt. Athos in Greece, St. Catherine in the Sinai desert of Egypt, and the monastery of Mesa Potamos on the Troodos mountains of Cyprus, that there is a distinct experiential spiritual path within Christianity – a path that many westerners assume only exists in Hinduism and Buddhism. On Mt. Athos I discovered that there are spiritual masters that are reputed as miracle workers reminiscent of the kind of people that Yogananda wrote about in his Autobiography of a Yogi.  The cultural traditions and lore of Mt. Athos are replete with extraordinary miraculous happenings,  such as what parapsychologists  call clairvoyant sight, remote viewing,  pre-cognition phenomena and outlandish testimonies of levitating living saints, teleportation of icons, materialization of holy oil,  bi-location as well as miraculous incidents of non-medical healing. All such phenomena, of course are attributed by the monastic community as miracles performed not by individual saints but by the Holy Spirit.

[span3][margin_10t]“We learn from Fr. Maximos the art and power of inner and continuous prayer as the royal road of this on-going quest of the soul to re-unite with God.”[margin_10b][/span3]

My aim in Inner River is to bring to the forefront of western awareness this mystical Christian spirituality that has been practiced and preserved for hundreds of years in the ancient monasteries of Eastern Christianity.  In my work, among other things, I explore spiritual themes and lessons as articulated by Fr. Maximos. Such themes include the way to know God according to the teachings of the great Christian saints; the attainment of an inner silence as a prerequisite for an experiential knowledge of God and on how to overcome the obstacles that prevent us from knowing God; the spiritual laws that govern human existence; a detailed discussion on the nature of the “fruit of the Holy Spirit,” as outlined by St. Paul  (love, joy, peace patience, kindness, goodness, faithfulness, gentleness, and self-control); the nature of death and the after death state; the destiny of the human soul and the nature of the “Three-fold Way,”  the three stages one must traverse before one may attain union with God:  Catharsis or purification of the self from egotistical passions, followed by Fotisis or illumination, and the third and final stage Theosis or union with God.  Furthermore, we learn from Fr. Maximos the art and power of inner and continuous prayer as the royal road of this on-going quest of the soul to re-unite with God.

The work I have done is based on the underlying premise that if humanity is to survive in the foreseeable future it is imperative to develop what the great Russian American sociologist Pitirim Sorokin (founder of sociology at Harvard) called “Integralist Truth.”  It is founded on the understanding that knowledge of Reality comes from three sources:  the senses (science), the mind (philosophy and mathematics) and intuition (contemplation and mystical illumination). In failing to honor all three as sources of knowledge we developed a distorted view about the nature of the world. The West focused exclusively on cultivating the first two strands of knowledge, particularly empirical science, and completely denied the third, intuition, the province of the mystical insights of the great religions.  Like Sorokin, the French-Lithuanian writer Oskar Milosz (1877-1939) once commented that “Unless a man’s concept of the physical universe accords with reality, his spiritual life will be crippled at its roots, with devastating consequences for every other aspect of his life.” This is what may have happened to us on both a personal as well as collective scale. We have developed a grossly distorted view of Reality through the denial of the spiritual origins of ourselves and of the physical universe within which we “live and move and have our being.”  It is my hope that the mystical spirituality that has been preserved in the ancient monasteries of Orthodoxy can contribute towards the emergence of “Integralist Truth” and help us overcome the unexamined dominance of scientific materialism, the “syndrome of modernity.”

Kyriacos C. Markides is an internationally respected authority on mystic Christianity. He has written several books on Christian spirituality, including The Mountain of Silence, Riding with the Lion, and Gifts of the Desert. Dr. Markides is a Professor of Sociology at the University of Maine, where he lives with his wife, Emily.