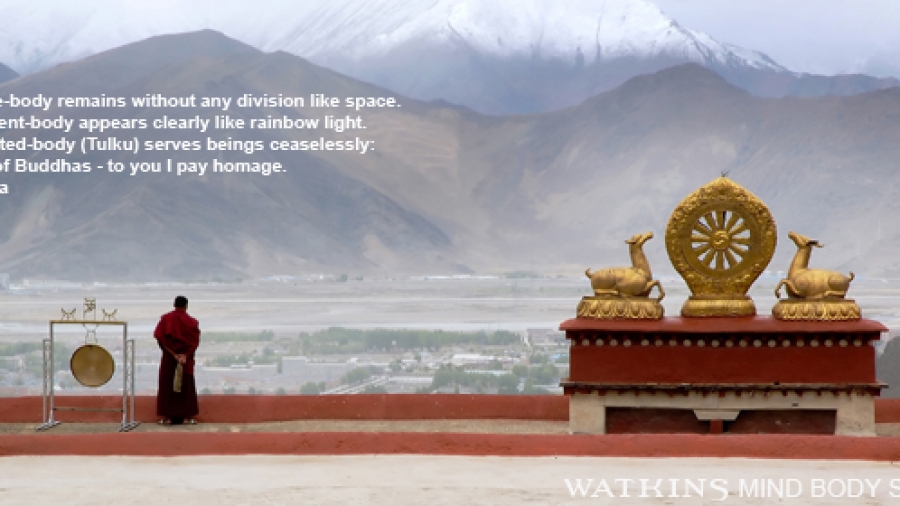 Ocean of Buddhas – to you I pay homage.

Tulku – the manifested body or incarnated Lama – is a title or designation given mostly to a class of senior Buddhist Lamas or teachers of Tibet. They are believed to be the incarnations or rebirths of highly accomplished Buddhist sages. They remained the principal upholders and propagators of both exoteric and esoteric lineages of the Tibetan Buddhist world. Tibetan Buddhists have meticulously been following unique processes for finding, recognizing, training and venerating the Tulkus and enjoying great benefits from them for over a millennium.

The concept and the principle behind the incarnation tradition itself is universal for all Mahayana and Vajrayana Buddhist schools, but the tradition of recognizing the rebirths of the saintly Lamas with methodological detail is a unique practice for the Tibetan Buddhist tradition.

According to  Buddhism,  this life will not be the only one that we will have.  We all will continuously keep taking rebirths repeatedly after our deaths, until we attain full enlightenment. Whether you will have a joyful or painful rebirth; you will be  beneficial or harmful to others, do not depend on any external causes or conditions such as wealth, power and friends, but on whether you have planted positive or negative karmas – the causation of mental and physical deeds – as the seeds in your own mind stream. If you planted meritorious seeds – as the causes – and made dedications – as the conditions – for having a Tulku rebirth in order to serve others, you will realize your intended fruition, as the result.

If you have dedicated your life deeply and effectively in meditations and spiritual exercises, you will attain different degrees of spiritual accomplishments, and you will be able to serve others according to the degrees of your attainments. So, the highly accomplished Lamas will keep coming back as Tulkus to serve his or her beloved followers, as the Lamas have earned merits and dedicated or invested them for serving their followers.

Generally, there are three categories of Tulkus based on the degrees of spiritual attainments of the individual Lamas: (a) If they have realized full enlightenment – Buddhahood – then they will be endowed with omniscient wisdom, unconditional love and boundless power. They will be able to manifest infinite forms of incarnations to serve all those who are open. (b) If they have attained a highly accomplished or enlightened state – siddha or bodhisattva – then they will be able to manifest many incarnations and serve many. (c) However, if they are not fully or highly enlightened, but are Lamas who have accumulated a great amount of merits, then they will be able to take rebirths with beneficial qualities for fulfilling dual purposes – for self and others – because of the effect of their past merits and good deeds. They are known as Lamas (Skt., Guru – senior teachers) or Virtuous Friends (Skt., Kalyanamitra; Tib., dGe ba’i bshes gnyen). According to scholars, some of the Tulkus of Tibet belong to the first category and some to the second, but most to the third category. So, Buddhas can serve infinite beings through infinite miraculous manifestations. Siddhas can serve many beings through many manifestations and actions. However, Lamas take one rebirth at one time and will benefit others through their virtuous deeds.

So, even if you are not fully or highly enlightened, if you have accumulated great amounts of merit, you will not only be able to progress on your own spiritual journey, but will be able to benefit many through various means, such as Tulku manifestations.

The view of enlightened ones serving others through their manifestations is one of the important principles of Mahayana Buddhist teachings, but Tibetan Buddhists have put that view into the practice of establishing a meticulous process for recognizing those Tulku manifestations after the death of their teachers.

History of the Tulku Tradition in Tibet: In the Thirteenth century, the Second Karmapa was recognized as the incarnation of the First Karmapa. By doing so, there was established a unique tradition of recognizing the rebirths of great teachers in their childhood, training them in general Buddhist teachings, respecting them as the actual incarnations of their previous teachers and entrusting them with the responsibilities of upholding and propagating the lineage.

From left to right: image of Milarepa; second Karmapa; Tsongkhapa 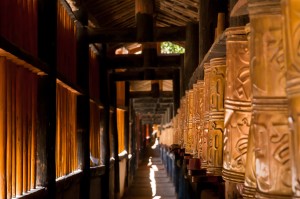 How the Tulkus are recognized: Some great Lamas know where they will take rebirth and tell their followers before their death. Some Tulkus will remember their past lives and will reveal them in their childhood. Many display a number of miracles during their birth, and throughout their lives. Many will show their scholarship and saintliness with little learning and training. Some even dissolve their mortal bodies at the time of death, only leaving the hair and nails of their bodies behind. Some transform their bodies into light. Some fly away into pure lands, Buddha paradises. However, the most important and popular method of finding the Tulkus of the deceased Lamas is to follow the prophesies of highly realized living masters, as well as mystical indications.

In reality, if you are a Tulku of high attainment, you will enjoy the wisdom and power to manifest miracles, if you choose to exhibit them. Likewise, if you enjoy high attainments of wisdom and power, if you are a Tulku it doesn’t matter whether you have been recognized as such or not. The greatest sign of being a Tulku is having a heart of loving-kindness, wisdom, peace and joy and a life filled with tireless dedication to serving all who are open to you.

The Roles of the Tulkus: After years of arduous training, most of them take the roles of teaching Dharma, giving transmissions and serving the spiritual needs of the communities selflessly and endlessly, as their previous incarnations might have done.

Nevertheless, the position of Tulkus is neither reserved for some gifted people nor for only the recognized ones. If we choose to train ourselves in the path of Buddhist wisdom and meditation, we will all reach the higher spiritual level of becoming a Tulku, the source of benefit for many. Tulkus must also keep strengthening their own spiritual qualities, so, they will be able to serve all – the beloved  mother beings – in all their successive lives with full spiritual power.

For example, if your mind remains focused on the unconditional love of the Buddha, it will soon take on the qualities of unconditional-love. When you have a mind filled with unconditional-love, all things become the images and experiences of transformation, as you see and feel everything through the lens of your own mental disposition. Thus, you will open your mind into a union of unconditional-love and openness; and will inspire all, whoever you are in communication with, to true spiritual qualities.

Misuse of Tulku position: However, as in any social structure, the filthy hands of unwholesome individuals have intruded repeatedly into the sacred sanctuary of Tulkus at many stages of history. Today, too, many imposters are busy with their games of fooling themselves and others, fired by insatiable greed. However, such infiltration into the sacred system of the Tulku institution is not the fault of the Tulku tradition. The true Tulku tradition is based on and made of pure wisdom and love. It is a vehicle to reach the highest goal for oneself and lead others to it. Such a Tulku tradition remained a dependable vehicle of happiness and enlightenment for many in the past and should remain so in the future.

INCARNATION: The History and Mysticism of the Tulku Tradition of Tibet by Tulku Thondup, published by Shambhala Publications, Paperback (176 pages with 10 black and white photographs)

Incarnation: The History and Mysticism of the Tulku Tradition of Tibet: In this book, I have discussed the basic foundations of the Tulku principle taught in Buddhism and the amazing stories of the extraordinary tradition of Tulkus: the methods of their recognition, the depth of their wisdom, the power of their miracles and the most beneficial services that they have offered. I am afraid that this might be the first book that has attempted to cover all the various facets of the Tulku order, but I am sure that we will witness real scholarship in this most fascinating and important field from truly learned experts before long.

Meet the author: Tulku Thondup Rinpoche was born in East Tibet and was recognized to be a tulku at age five. He studied at Tibet’s famed Dodrupchen Monastery, settling in India in 1958, and teaching for many years in its universities. He came to the United States in 1980 as a visiting scholar at Harvard University.  For the past three decades he has lived in Cambridge, Massachusetts, where he writes, translates, and teaches under the auspices of the Buddhayana Foundation. His numerous other books include The Healing Power of Mind, which has now been published in eighteen languages, and Boundless Healing,  which has been published in eleven languages. For more information, please visit his website: www.tulkuthondup.com