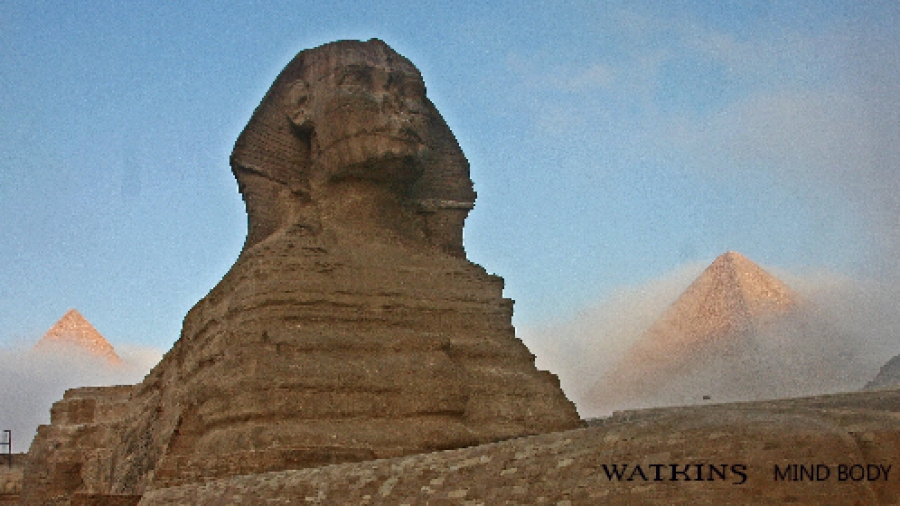 [dropcap]2[/dropcap]012 has come and gone. It’s 2013 and we’re still here— not through yet with reinventing the world in which we want to live. Finally now, we will realize that there is no end to spiritual transformation. The ancient Egyptians spent more than 3,000 years building with intention the spiritualised landscape they wished to live in. They grew in consciousness; affirming spiritual truth and allowing change.

What about that particular magical path kept its culture so alive—even into this millennia? Why do we still long for a similar potency now?

What preserved and infused the ancient spiritual knowledge was multifold. All of nature they saw as being filled with divine spirit; and all was an aspect of themselves. All things possessed consciousness and the potential for transformation. They accepted their responsibility as co-creators with the divine of the reality in which they lived.

In August 2012 Bear & Company published Imagining the World into Existence which explores the mindset ancient Egyptians might have had, how Mind creates matter, and what that means about the way we conduct ourselves now. The idea is not to transcend physical nature, but to transcend our limiting ideas about the natural world and what natural law is.

This reality built upon the laws of vibration appears as light moving out across time and space. Everything seen or unseen that existed as a result of light, the ancient Egyptians called Aufu Ra, meaning the complete body of the god Ra. All was part of the consciousness of Ra because it contained the god spark—every plant, mineral, creature. Neter, the word that meant a god or goddess, the Coptic Christian monks borrowed, calling God netcher. From the Greeks we acquired the word that became nature. Even the Christian mystic Meister Eckhart later affirmed: ‘Every single creature is filled with God and is a book about God.’ The Egyptians were not mere nature worshippers, they saw God in everything—in all images and sounds.

To describe the divine they used a complex hieroglyphic language filled with sound, image and metaphors embedded with mythologies, philosophy, science, physics, geometry and mathematics. This radical knowing called medju neteru, or the “language of the gods”, was how gods communicated with their creatures. Medju is the root word for what we know as magic, and the power of magic is that thought creates form. Consciousness changes things, and action—specifically conscious or magical action in motion—directly transfers inner energy into outer manifestation. Thus, we find ritual and invocation in all sacred world religions. Ancient scribes created spells for living well, for making life transitions, for contacting the divine in times of crisis. Medju neteru is God’s magic.

By examining the diverse creation myths of Egypt, Imagining the World explores both divine and human capacity for creation through thought, word, and deed. The mind of God conceives us and, apparently, continues operation through the individual sparks within our minds. Consciousness becomes cosmos. Every creative principle that flows from that point on is known as natural law. Through the applied use of natural laws things, events, or even constellations of energy manifest in the physical realm.

The most important prerequisite to using magic properly, however, is developing the proper state of consciousness. This wisdom of the heart is called ma’at—the pure alignment of love with divine law. Just because we can do something does not mean that we should do it. We are responsible for the results of our actions through whatever magic we make. The energy of the neteru is not evil. It is just energy. Our misuse of it through thoughtless actions makes the error or sin.

In the ancient world ma’at was understood as truth, balance, and the foundation of the universe—in other words, natural law. One must work in concert with the ma’at principle. One doesn’t try to sway the balance or change universal law. While, of course, life is filled with recurrent cycles and patterns, ma’at is inalterable. Every being in the universe has consciousness and knows its essential nature. For example, corn seeds know their essential function and grow in the manner corn has grown throughout the aeons. The original begets an inherent essential self-knowledge within its progeny. Adaptation to the environment does not take away from the essential nature of the seed. Corn is neither grass nor bamboo. We expect the consciousness of each thing to do what it knows. Every unit of the universe inherently knows its function.

Humans sometimes muck up the cogs of the universe, either through error or misunderstanding, and that can radically change things. Egyptian pharaohs did not dam the Nile because that ran counter to the laws of ma’at established at the beginning of time. The kingdom relied instead on the blessing of Hapi, Khnum, Satis, and other river deities to send the waters at the right time and at the right levels.

In the modern world’s haste to control a natural, that is neter-ed, process, two hydro-electric dams were built on the Nile near Aswan to generate more energy. That dam flooded Nubian farms and homes, creating a mass exodus of peoples from their native land. The massive social and environment stresses caused by the dam have been felt throughout Sudan and Egypt and as far as the Mediterranean Sea.

Over time, farms that were once fertilized by the river became overgrazed and overproduced to feed a growing population. The land grew poorer because it was no longer enriched by the floodwaters. The exhausted earth now needs chemical fertilizer to replace the minerals that the flood once naturally provided. Egypt created a number of industrial plants to create artificial chemicals needed to replenish the land. Most of the electricity generated by the Aswan High Dam was required to run the factories. One wonders whether the willful change in the river’s natural cycle created a better or worse environment.

We can see a problem here. As the old Chiffon Margarine commercial used to say, ‘It’s not nice to fool Mother Nature’.

Environmentalists try to draw attention to what happens when we blow up mountaintops and throw coal slag into rivers or mess around by altering the genetic codes of the food we eat. That is not good magic. That is not technological advancement, and it is certainly not working in accordance with ma’at. In all likelihood, eating genetically altered foods will kill us. It will have the same effect as intentional and willful black magic. In essence, it’s not magic; it’s arrogance.

Yet the potential exists in every atom to return to its perfect state. The energy field exerted by our thoughts and desires—and a deeper understanding of how we grow—can affect our bodies, our environment, and our lives for the better. By our choices, actions, and states of mind, we alter the rate at which the atoms of our bodies vibrate. This is the underlying principle of spiritual growth: Nothing is inanimate in the universe; nothing is static; no energy is ever destroyed. It only transmutes. Our lives are influenced by our mental and environmental vibrations and by the active innate intelligence of God.

An ancient Egyptian text called the Litany of Ra reveals how the divine human (Osiris) and the divine neter (Ra) share one divine soul. Osiris is said to affirm: ‘I am entirely a god. No limb of mine is without God. I enter as a God. I exit as a God. The Gods all have transformed themselves into my body.’ Or as a similar text called the Secret of Osiris becoming Ra professes: ‘God is my name. I do not forget this name of mine.’

Meet the Author: Normandi Ellis is an award-winning writer, workshop facilitator, and director of PenHouse Retreat Center. The author of several books, including Awakening Osiris, and coauthor of Invoking the Scribes of Ancient Egypt, she leads tours to Egypt with Shamanic Journeys, Ltd., and lives in Frankfort, Kentucky. www.normandiellis.com