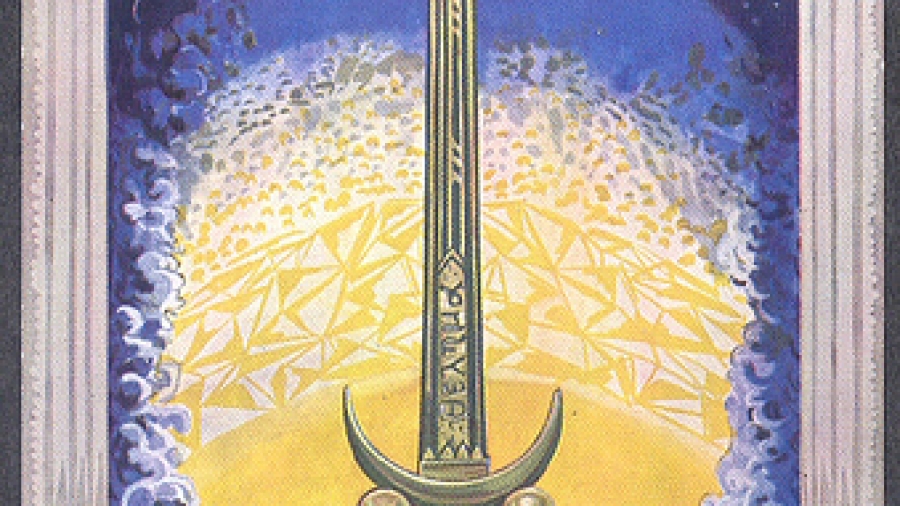 by watkinsbooks
with 3 comments
AstrologyMagick and occult

“Every Wednesday I sit in the window at Watkins, waiting to give Tarot readings; watching people come & go, overhearing snippets of arcane conversations and reflecting on …

As a professional Tarot reader I find that lot of my clients mention that they have their own Tarot decks but have difficulty reading for themselves. It’s very common problem but it is a pity not to be able to use such an elegant and useful tool. Most of them mention the difficulty of interpreting the cards; but really that’s not the problem, otherwise we’d all have to spend weeks, months or years studying textbooks to find the right answer. It’s easier than that if we start at the beginning, because it’s those first steps that we need so much more in reading for ourselves – and are so much more likely to neglect.

So first – The Tarot is a symbolic map of our situation. Given “this” question what, for better or worse, are the possibilities for success? This means that our very first question is – “What do we want?”

Let’s take an example – “Will I get this job?” Asking in this way puts us into an essentially passive frame of mind.

Try this instead; “I want a good job. I’ve applied for this one. What, for good or for bad are the possibilities of success?” By doing this you’ve done three things; you’ve nominated yourself as an active agent in the process, opened up the scope of the reading and made it a lot easier to read the cards you draw.

Take another example. “Is this person telling me the truth?” Again, essentially passive.

Let’s try asking some questions. Do I want this person to be telling the truth? Assuming “Yes” then why? What does that give me? Maybe I hope that they’ll get me a contract. So then the question becomes “I want to get a contract; this person has offered to help. What, for good or for bad are the possibilities of success?”

When we read for ourselves we get over-involved; clarity of intention at the beginning makes a huge difference.

Here’s an example from my own life. 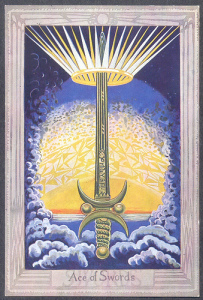 Last year I was struck by a motorcycle. The injury did not heal and my leg became very swollen, red and painful. If I had simply asked “What will happen to my leg?”, the card I drew out would have been ambiguous. Power and force, dynamic action – could be good or bad depending on the context.

And from that question my immediate response to the card was “Yes. I will need medical intervention.

Looking at the card in detail I got a sense of power, strength and urgency; my evaluation was that I would be likely to need fairly powerful medicine and probably surgery; and that’s how it turned out; not by destiny but by probabilities.

Not to jump too far ahead but the interpretation rested on the fact that the self-healing methods I was using were slow and gentle, not the impression I got from the card, which thus pointed in the opposite direction!

So try out this process when next you’re reading for yourself; you’ll see how much easier it becomes.

Next I’ll go into the mechanical phase of the process, till then!