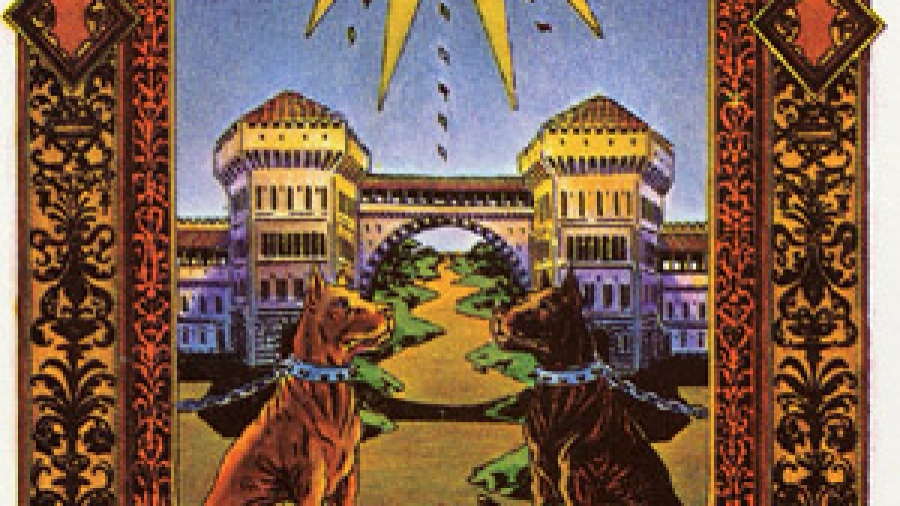 Step 4: Interpretation
Part 4 of a short series on Self-Guidance through Tarot. See part 3.

Now at last we come to the big one – Interpretation.
Up till now the process has been an inward journey, but now we come to the outward face of a Tarot reading, the visible side. This is what people tend to think Tarot is all about, but of course it depends on the inner clarifications we have worked through already.

Now at this point it’s likely that we dive into – or try to recollect – the various meanings and interpretations found in books, articles and the little pamphlets that come with our decks. And/or we strive to connect to any ‘psychic powers’ or ‘intuitive faculties” we may have developed. To my mind though, these are auxiliary powers that come second to simply reading what is in front of us; they may help, but can’t replace, direct insight. To misquote Bob Dylan – You don’t have to be psychic, or read a book, to know which way the wind blows!

The art to interpretation is to retranslate your original question in terms of the Tarot card you’ve drawn; or, if a multiple card layout, in terms mostly of the final outcome card; and then to get a sense of your personal response to the picture rather than the name and supposed attributes. As an example let’s take a question we looked at in phase 1.

“Is this person telling me the truth?” …. Let’s try asking some questions. Do I want this person to be telling the truth? Assuming “Yes” then why? What does that give me? Maybe I hope that they’ll get me a contract. So then the question becomes “I want to get a contract; this person has offered to help. What, for good or for bad are the possibilities of success?” And let’s say we get this card below. This is a card depicting a person so we translate the question into something like “Can I trust this person?” — and then look at the card. Does this person seem trustworthy to me? Don’t check the books until you have a personal response to the image.

At this point I would like to introduce a paradigm by which I understand the cards. You see I don’t believe that the cards have meanings; instead “The Tarot card is a picture of the energy that you have connected to by asking the question.” The “Magic” is in you, not in the cards.
We do have to trust that we have drawn the right cards and that the image shows us the aspect of the situation that we need to know. Let’s take the same question but now very different cards; again the same or very similar book meaning but very different in their effect upon us. If these are indeed pictures of the energy we’ve connected then we’re being told different things. But first let’s recast the question in terms of the image. It is now not about a person but more about the situation or the process.

Perhaps something like:
“Is this situation as clear and obvious as I thought?”
“Is there something else I need to know”
“Is it safe to proceed?”

Obviously here you’ve got my personal responses to these images. But see – by using the image to recast the question, and adding in my personal responses we’ve actually got almost to the answer straight away! The first step and the last are very closely linked. There is one last thing to look at; what to do with an abstract card?

Here I would recast the question in terms of new energy. Is the situation or expectation about something new and fresh and exciting? Or a continuation of something that already exists? If the first this card would be positive; if the second it could be a warning of disruption, or indicating the need for something new. Is this new fresh dynamic energy compatible with the situation or not?

May all your cards and questions be fortunate.