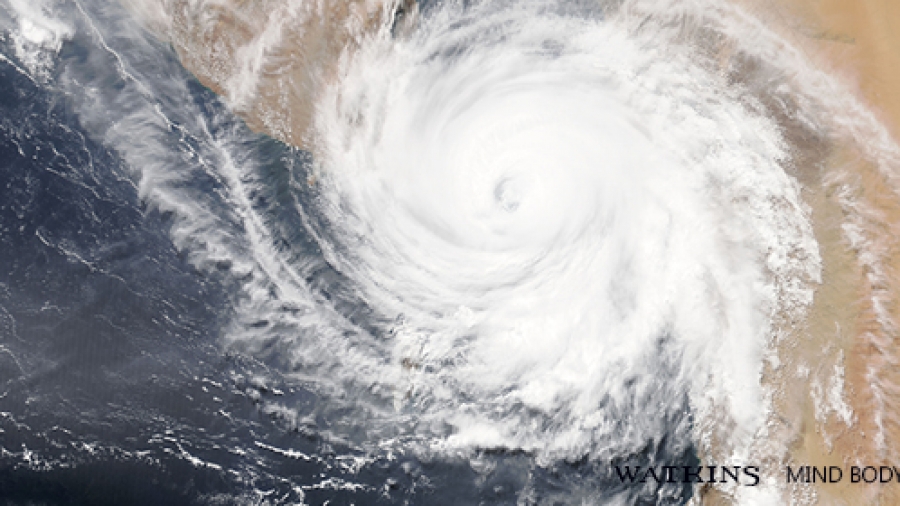 How Soon Is Now? is my third book, and for me, in some sense, it represents the completion of a trilogy. My first book, Breaking Open the Head (2002), explored psychedelic substances and shamanism. I visited tribal people in Gabon, Ecuador, and Mexico, undergoing initiation involving visionary plant sacraments including ayahuasca, iboga, and mushrooms. My second book, 2012: The Return of Quetzalcoatl (2007) looked at the prophecies of indigenous people and traditional cultures in the light of recent developments, including the rapid evolution of technology, the global ecological crisis, and the ongoing integration of mysticism and science.

In those first books, I sought answers to questions that troubled me deeply. The genesis of Breaking Open the Head was my own spiritual crisis. I grew up as a scientific materialist, rejecting religious traditions, believing that consciousness was only brain-based. In my late twenties, I became increasingly depressed as life seemed, finally, meaningless. I remembered psychedelic trips from college that seemed to suggest there were other dimensions of psychic experience we could access. As I investigated tribal rituals as well as modern chemicals, I discovered that shamanic traditions had validity. After a range of psychic and paranormal experience, my worldview shifted to encompass shamanism, the Jungian collective unconscious, other space-time dimensions, and so on.

I wondered if there was a connection between postmodern civilization’s rejection of psychic and visionary experience and the deepening emergency we had unleashed through our industrial systems. We dismissed the knowledge of traditional cultures, but they possessed a different understanding of the nature of reality and our role in the cosmic order. My shamanic work suggested we needed to take their way of knowing and thinking far more seriously. This led to my second book, 2012: The Return of Quetzalcoatl, as well as a documentary, 2012: Time for Change.

Although I was called a “doomsday thinker” by The New York Times, I never anticipated that December 21, 2012 – the last day of a 5,125 year long count cycle in the traditional Mayan calendar – would be an instant threshold of catastrophe or catharsis. I saw it more as an invitation for modern humanity to reconsider our direction, and hopefully to change our lifestyle in crucial ways. I thought we might consider those aspects of indigenous cultures that allowed many of them to live in balance and harmony with their natural environment for thousands of years.

Unfortunately, as we know, our current civilization is on a suicide path. We are losing as much as 10 % of the Earth’s remaining biodiversity every 10 to 15 years as we annihilate rain forests and ravage other ecosystems. As we burn through our remaining resources, we are currently on track for a 4 degrees Celsius temperature rise by 2100. We have learned that mass extinction events happened quickly in the past, as positive feedback loops engage. There are good reasons to believe this process has already started here. As the Earth warms, methane gas bubbles up from under the oceans and the Siberian permafrost. Methane is 30 times more potent as a heat-trapping gas than CO2. During the Permian Mass Extinction 250 million years ago, scientists believe that a methane eruption drove 95% of all life on Earth to extinction in under a century.

In Breaking Open the Head, I used psychedelics as tools to investigate the nature of consciousness, and found that the postmodern rational worldview was deeply flawed. In 2012: The Return of Quetzalcoatl, I put forth a new paradigm – a philosophical model of the nature of reality, which encompassed psychic experience, Eastern metaphysics, Western occultism, and the recent discoveries of quantum physics. In How Soon Is Now?, I seek to apply the systemic approach I defined in my first books to the crisis we confront as a species, offering a strategic action plan for our future. I believe our goal should be to create a world where everyone can thrive – despite the threats facing us, I believe that the designer Buckminster Fuller was correct: We must make a choice between “utopia or oblivion.”

How Soon Is Now? looks at the ecological mega-crisis as a rite of passage, an initiation, for humanity as a species. In traditional societies, initiations are culturally-constructed ordeals, vision quests, that bring the individual candidate from adolescence to adult maturity by undergoing transpersonal experience, mediated by the wisdom of the community’s elders. To be an adult means to be capable of taking responsibility for the collective, sacrificing some of your egocentric desires for the good of the whole. Modern Western civilization denied the importance of initiation. Instead, the mass media and other institutions control and manipulate the collective consciousness to perpetuate a predatory form of consumer society.

In the new book, I propose that initiation is something necessary for human development. As humans, we have an innate impulse to reach extreme liminal states and to transcend our limits. If people are not initiated through a cultural defined process that is celebrated and recognized by their community, that same impulse will lead to wars and other forms of mass destruction. It is possible we have subconsciously self-willed the ecological crisis in order to force our own transformation or transcendence.

How Soon Is Now? covers many subjects. I consider how we must change our technical support systems (industry, energy, agriculture, etc), our political economic system, as well as our consciousness (our values, myths, beliefs, and ideology) to confront the ecological emergency that threatens us with civilizational collapse or even extinction. I don’t believe that any reform of the current political structure is going to be enough. What we need is a new “operating system” for human society. If enough of us pass through initiation and overcome the constraints of ego-based individualism, together we can take responsibility for the fate of the Earth.

The book also argues that New Age spirituality – popular since the 1960s – has reached its endpoint. In many cases, New Age thought leaders have propagated a self-interested, narcissistic form of spirituality that requires little in the way of authentic service or self-sacrifice. I tend to agree with the contentious philosopher Slavoj Zizek when he notes that the New Age form of Eastern mysticism has become the dominant ideology of post-industrial capitalism, as it allows people to continue to play the capitalist game while preserving a sense of inner detachment and peace.

The much scarier, much riskier prospect is that a true spirituality would require us to act in service to our human family as a whole, as well as the entire community of life. We would conceive of ourselves not as isolated individuals but as catalytic agents of a living biosphere. Amazingly, we find this point of view expressed with great poetic force in Pope Francis’ Encyclical, ‘Care for Our Common Home’. This document opens the possibility that we can create new, unforeseen alliances – between, for instance, the ecological Left and traditional religious structures – to work together for collective healing.

In How Soon Is Now?, I don’t pretend to be some kind of guru or spiritual leader. I recognize I am a deeply flawed human being, as all of us are. We are all dealing with the trauma imprinted into us by a culture based on domination, violence, and patriarchy, that prioritizes the pursuit of profit over human rights, ecological health, or compassion. Even so, we are the generation that must find a way to rally, to come together, and build a mass global movement that reduces our impact upon the Earth, while we create a world where everyone can live decently.

As the environmental crisis deepens over the next decades, we will need each other like never before. We will be forced out of our comfort zones and into new, unfamiliar alliances. Instead of fearing this inevitable process of transformation, we can step into it as our initiation – our invitation to reach a higher state of being, individually and collectively. I hope my new book will help people to understand the systemic nature of what we face, and even embrace the situation as an opportunity to reinvent our civilization.

The new paradigm will be based on regenerative system design and “conscious evolution”: Our current civilization degrades and destroys life. We can, and must, use our powers of intellect and forethought to bring about a regenerative society where humanity is dignified and elevated, while we replenish the Earth’s natural systems. If this potential exists, it is unconscionable not to manifest it. If it seems impossible to imagine it, we must consider how many seemingly impossible things have already occurred. As Oscar Wilde noted, human history is the progressive realization of utopias. We have the capacity to overcome our own perceived limitations, when we have the vision to do so.

Meet the author: Daniel Pinchbeck is the author of Breaking Open the Head, 2012: The Return of Quetzalcoatl, and Notes from the Edge Times. He is the founder of the think tank Center for Planetary Culture which produced the Regenerative Society Wiki and his essays and articles have been featured in The New York Times Magazine, Esquire, Rolling Stone, ArtForum, Dazed and Confused and many other publications. In 2007, Daniel launched the web magazine Reality Sandwich and co-founded Evolver.net.

Daniel Pinchbeck
How Soon Is Now
£14.99, available from Watkins Books at a special price