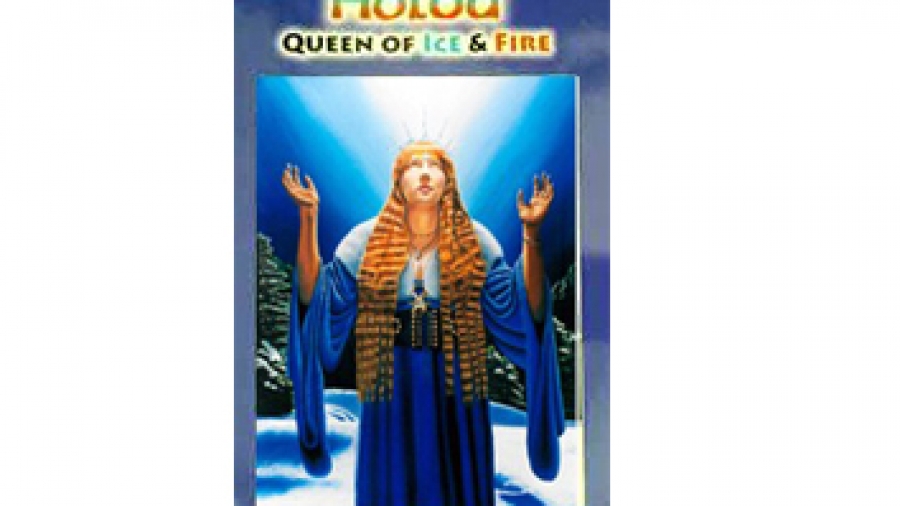 Just across from the Greenwich Meridian line near the observatory is a tree-crowned hill, topped by a Henry Moore statue (‘Knife Edge’), a frozen metal goddess in the winds; the Turneresque view from the top takes in the Hawksmoorian glories of the Old Royal Naval College & St Alfege and beyond to the soaring glass & neon of Canary Wharf over the river.

In the slight depression on the ridge is a hollow, the location of ‘the Snow Well’.  Once this was a hollow chamber that held ice blocks before the age of refrigeration, and long before that a shrine to the Goddess Holda, a role to which it has resumed to many pagans & heathens today. Behind the crest are a series of Saxon graves, small ancient barrows in the landscape; in 1012AD drunk Jomsvikings encamped in the area and martyred the saint Ælfheah during a barbeque.

Last time it really snowed in London I met up with my pal Jan at the local Starbucks and we slowly ascended, slipping and sliding on ice and fresh snow past smiling folks who were taking advantage of the weather to get sledging down the hill’s side, toboggans and wheelie-bin tops zooming amok. The Snow Well itself was lightly covered in white as the flurry continued, with the ‘well’ itself a warm mulch of autumnal debris.

We supplicated Holda with a whole bottle of mead poured into the hole and fresh red roses, some of which we reserved to plant in the grave mounds behind the hill, the strong contrast between the snow and red petals making delighted passers-by take quick selfies by them.  An unkindness of ravens alighted around the Snow Well, croaking and making footprints so we finished up the ritual with an auspicious rune reading, serendipitously drawing the *Hagal rune* from the Elder Futhark bag; and finally took shelter under the wigwam-like awning of a yew tree just beyond the Saxon mounds as the snow continued to fall.

Jack Gale’s ‘Holda- Queen of Ice and Fire’ is a treasure-trove of information all about this Germanic Goddess and her mysteries around the Greenwich Royal Park; from the Brothers Grimm, into the arcane runic lore and to Gale’s own personal gnosis, this book acts as both guide and inspiration to anyone who wants to sample the fractal flakes of Holda.