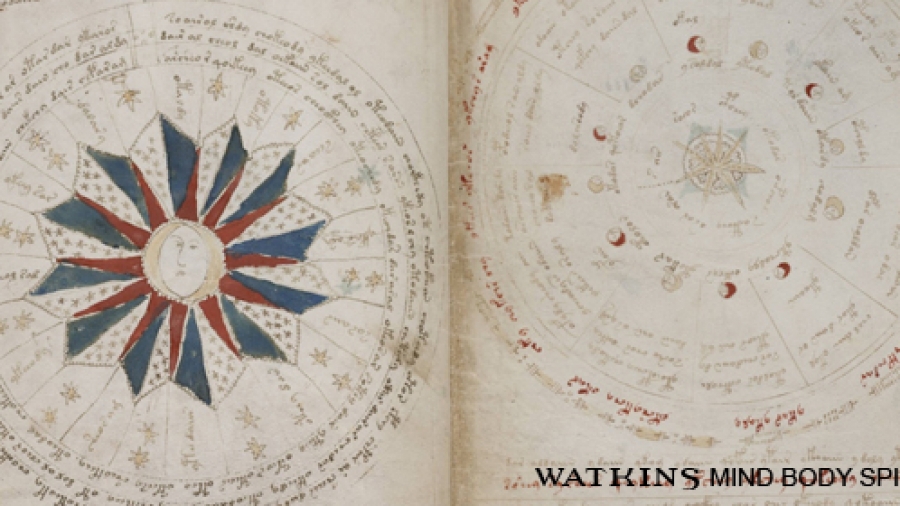 LSG:  I can still remember reading Chariots of the Gods back in 1971 when I was 11. It blew me away back then and still continues to sell well at Watkins today. How many copies of the book have you sold worldwide to date?

EvD: Chariots of the Gods was published in 28 languages with total worldwide sales of 16 million copies – most of them in paperback – including countries like India, Iceland and Russia.
LSG:  In History Is Wrong you take a closer look at the fascinating Voynich manuscript. For those readers who haven’t heard about the manuscript, could you tell us what it is and where it came from?

EvD: The Manuscript was found 1912 in a school, led by Jesuits, in Frascati, near Rome. It is a mixture of crazy pictures and letters, which nobody understands. The Manuscript – written on parchment – is definitely hundreds of years old – and the undeciphered message in it could well be thousands of years old. 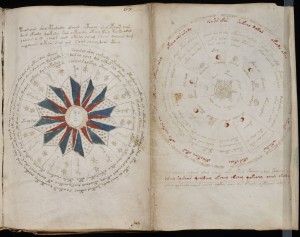 LSG:  Since its discovery, the Voynich manuscript has defied all attempts to decipher it. What do you think it contains?

EvD: I suggest it has something to do with the knowledge of Enoch. He was the 7th prophet in the Old Testament before the great flood. Enoch finally disappeared in a fiery chariot, and left all his books on earth. Today we only know of one book of Enoch, but he was the author of many books. Where are the others?
LSG:  You also discuss the Book of Enoch. Could you tell us about your interest in the book?

EvD: I was educated as a strict Catholic in a boarding school in Switzerland. There we had to translate parts of the bible from Greek to Latin and to German. I was a deep believer in God – I am one of those people who still pray. But my god had to be omnipresent, timeless; he would never use a vehicle in which to move around with ‘noise and trembling’. In the library of my school I found a Greek version of the Book of Enoch. He describes “the guardians of the sky”, he learns their language, he knows their names and he learns a lot about astronomy and other sciences. It is impossible that these “guardians of the sky” could be angels – they where extraterrestrials. I am 74 years old and have become a specialist on Enoch. My book History is Wrong tells the whole, fascinating story!
LSG:  What led you from the Voynich manuscript to the Book of Enoch?

EvD: In the Voynich manuscript and in Enoch they speak about astronomy, the stars and the moon. In the Voynich manuscript one can only see this in pictures – in Enoch one can read the text.  Maybe there is a connection.
LSG:  When The Gold of the Gods first came out in 1972, the description of the underground cave system in Ecuador caused a worldwide storm of indignation. What happened and how do you feel about it now?

EvD: I was completely smashed down and called a liar. Worldwide! One journalist copied this nonsense from another and so it spread. Nobody asked for my opinion. However, nearly 40 years have passed since the publication of The Gold of the Gods. The situation and the zeitgeist (the spirit of the time) have changed. Please read the incredible story about this ‘metal library’ in History is Wrong.
LSG:  The cave system is said to be home to an extensive library of thousands of gold panels. Could you tell us about them?

EvD: This underground library of thousands of metallic panels – some of them gold, others a mixture of copper and gold, others of an unknown material – contains first of all the story of the church of the Mormons: the travelling of their ancestors, their contact with their ‘god’, etc. But it also contains the whole real history of mankind since the beginning with Adam and Eve – written by the same Enoch we talked about earlier. The ancestors of the Mormons brought this material from the Middle East (near Jerusalem) to South America.

LSG:  How did the Crespi Collection come into being?

EvD: Father Crespi was admired by the Indians near Cuenca in Ecuador. He was a catholic missionary in the church of Maria Auxilliadore in Cuenca. The natives brought him presents that dated from the time of their ancestors, material thousands of years old. Among them are incredible chisellings in stone and metal, as well as unknown writings.
LSG:  What are the links between this amazing gold library and the Book of Enoch?

EvD: The ancestors of the Mormons where descendants of Jared, and the same Jared was Enoch’s father! They all came from the same family-tree and before they left the Middle East thousands of years ago, they collected the old writings from Enoch and transported them to South America.
LSG:  Is it true that the Mormons have spent decades searching for this library?

EvD: Definitely YES. To my knowledge there were three expeditions to Ecuador. But unfortunately to the wrong place! I give the exact geographical location of the subterranean library in my book History is Wrong. I think the next expedition will be successful.
LSG:  What were they hoping to find?

EvD: The answers to all of their questions about the past. Who was the ‘angel’ Moroni in the book of Mormon? Who was the ‘lord’, the ‘god’ of their ancestors?
LSG:  How does all of this lead to the mysterious lines in the Nazca desert?

EvD: Nazca remains a mystery! I am probably the only one who has amassed 5000 pictures from Nazca. The latest scientific discovery about Nazca is in my new book. It will really be a shock for some archaeologists!

LSG:  Archaeologists claim the Nazca lines are ancient procession routes. What do you think they are?

EvD: Ridiculous!  It may well be that some of the lines were used as procession routes, but this would be in much later times, when the natives had forgotten what the lines were originally for. In the beginning of Nazca there was some sort of extraterrestrial ‘space shuttle’ which landed in the desert there (of course they do not need a landing strip for this). The ET’s were looking for raw-material of all kinds, and simply left traces behind. Much later the Indians saw some of these traces and believed that these where ‘signs of the gods’. Only now they started to adore the gods with prayers, altars and – maybe – procession routes. In History is Wrong I clearly demonstrate with scientific measurements: something is wrong in Nazca!
LSG: In conclusion, could you tell us why history is wrong?

EvD: We have writings from the deep past of mankind and nobody cares about them!  We have scientific data from thousand of years in the past – and nobody knows about it. Science is not an internet game. Science is hard work in the field. I wish all my readers some fascinating days!

Erich von Däniken was born in Zofingen, Switzerland, in 1935. His lifelong Fascination with extraterrestrial visitors first found its expression in 1968 with the international best-seller Chariots of the Gods. His books have been translated into 28 different languages and have sold more than 63 million copies. In addition to his writing, he is an ever-present figure on the international lecture circuit, is regularly featured in documentaries and on TV, is the co-founder of A.A.S.R.A. (Archaeology, Astronautics & SETI Research Association) and a regular contributor to its magazine, Legendary Times, and somehow still finds time for his family in Switzerland.