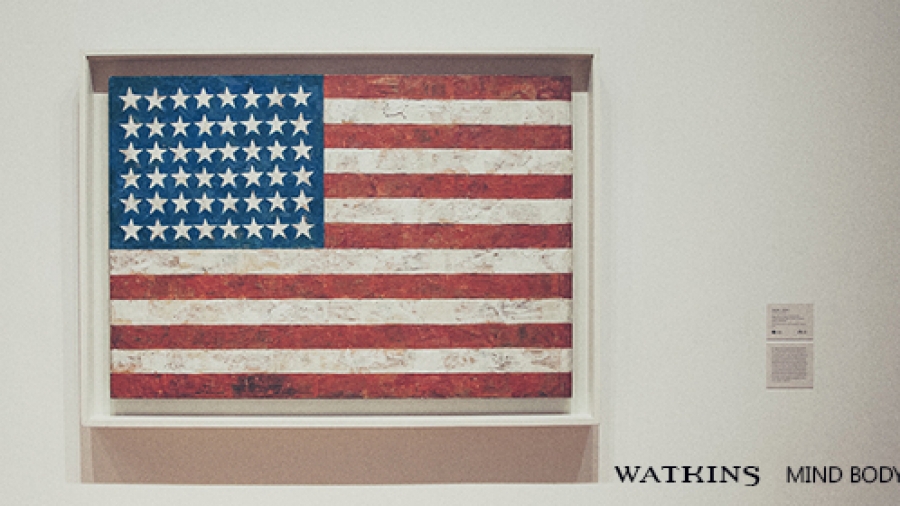 In the final book of his American trilogy, historian Nicholas Hagger focuses on America’s secret destiny.

I have been particularly struck by the insistence of some scientists that the universe is an accident, and by overlooked facts within the sciences that suggest the opposite, that the universe has a hidden order. The more I studied the universe the more I was amazed at its structure. It emerged from an infinitesimal point and is shaped like a shuttlecock, the top rim of which is now expanding faster than ever before. Stephen Hawking has said that there was nothing before the Big Bang as space-time began with the Big Bang. But the shuttlecock is surrounded by a void that also pervades it. I imagined myself surfing on the crest of the wave of the expanding rim and came up with a paradox in the tradition of Zeno’s paradoxes (Hagger’s paradox). The surfer’s feet and ankles on the surging wave of the expanding edge of the universe are in space-time. Where are his head and arms? The answer is, they are outside space-time, in the infinite. The surfer’s feet are in space-time, the rest of him is in the infinite into which our shuttlecock-shaped universe is expanding. The universe is surrounded by, and pervaded by, the infinite.

In my most recent book, The Secret American Destiny, I have co-ordinated all the latest information in all the sciences to see what the sciences have to say about the order in the universe as opposed to the universe’s being an accident. I list 40 conditions in cosmology and astrophysics which are exactly right for life, and the slightest variation in any one of them would preclude life. As all life has come out of one cell all living creatures are brothers, and humankind is a oneness, a unity. I give examples of order in biology, ecology, physiology and physics. I dwell on self-improvement in biology, food chains and webs and mutualism in ecology, the brain’s autonomous systems and homeostasis in physiology and the balancing of gravity and light in physics. Gravitons, which were verified earlier this year, a hundred years after Einstein proposed them, reinforce the contracting force of gravity as counterbalancing the expanding force of light which Newton spent 30 years trying to establish and Einstein followed in his cosmological constant, which described a static universe. (He later regarded his turning against this idea as his biggest mistake.) Light seems to energise human brains via the eyes’ retinas and photoreceptors just as sunlight energises plants. Order gleams through the 326 constants and 75 ratios. I conclude that in view of the 40 biocosmological conditions the likelihood of the universe being an accident is 10120. Secular materialists who hold that the universe is an accident have based their view on only 4 per cent of the universe as matter comprises only 4 per cent of the universe, dark energy forming 66 per cent and dark matter 30 per cent.

The secular view is in fact in a minority. Of the 7.3 billion alive today, surveys I quote have found that 5.8 billion have metaphysical or religious beliefs and only 0.8 billion are sceptics. The sceptical view of world culture is held by a minority of only 1 in 6 human beings.

The dialectic between the metaphysical and the secular in the seven disciplines has a synthesis. In 1965, when I was in Japan, I met Junzaburo Nishiwaki (then regarded as Japan’s T.S. Eliot) in a restaurant. I asked him for his view on the wisdom of the East and he took a business reply card and wrote: ‘+A + –A = 0.’ He explained that the wisdom of the East sees all opposites being reconciled in unity. I immediately understood what he meant: war and peace, day and night, life and death, time and eternity – all opposites are within a reconciling and underlying unity.

The same is true of the metaphysical and the secular. It can be said that world culture is +A (a metaphysical perspective) + –A (a secular perspective). Both are in balance. Within this balance I have sought to ‘desecularise’ and ‘remetaphysicalise’ the seven disciplines to give a better, more accurate balance.

The metaphysical and secular can be reconciled within Universalism, a philosophy of Oneness that reconciles all opposites. Universalism’s reconciling eye sees each of the seven disciplines as comprising these two co-existing opposites. There are at first sight seven Universalisms – mystical (the Light as One), literary (all world literature has one theme), philosophical (the universe is one, from one source), historical (all history including the rise and fall of all civilizations have to be seen as one), religious (all religions have one essence, the Light), political (all nation-states should be within one World State) and cultural (the world’s culture is fundamentally one) – but these seven Universalisms are like the bands of one rainbow. There is one Universalism that includes seven disciplines, all of which are bound together. The Universalist rainbow unites world culture by bringing together conflicting parts.

In The World Government I set out the structure of a UN-based partly federal world government that has enough supranational authority to impose disarmament and abolish war, famine, disease and poverty. The UN General Assembly (or UN Parliamentary Assembly) would become a lower house of 850 representatives in a democratically-elected world government that would include an upper house or World Senate of 92 and a World Commission of 27. In my structure the oligarchs’ looting of gas and oil would be controlled and kept in check, as The Secret American Destiny shows. Such a universal peace would mirror the order within the infinite that surrounds and pervades our shuttlecock-shaped universe.

The way forward to a united humankind and the end of war is through diplomatic initiatives involving the UN and the US, still the world’s greatest power and therefore able to subordinate its own interests to philanthropically benefiting humankind. The outcome of the American election will be known this month. Let us hope that America is able to further its secret destiny by taking steps to establish a democratic World State that will bring an end to wars and solve the world’s problems.

Meet the Author: Nicholas Hagger is a poet, man of letters, cultural historian and philosopher. He has lectured in English at the University of Baghdad in Iraq and the University of Libya, and was a Professor of English Literature at Tokyo University and Keio University in Japan. He has studied Islamic and Oriental philosophy, and led a group of Universalist philosophers. He is the author of more than 40 books, including The Fire and the Stones, The Rise and Fall of Civilizations and The World Government. Following his recent work in setting up a World State, he was awarded the Gusi Peace Prize 2016 for Literature.