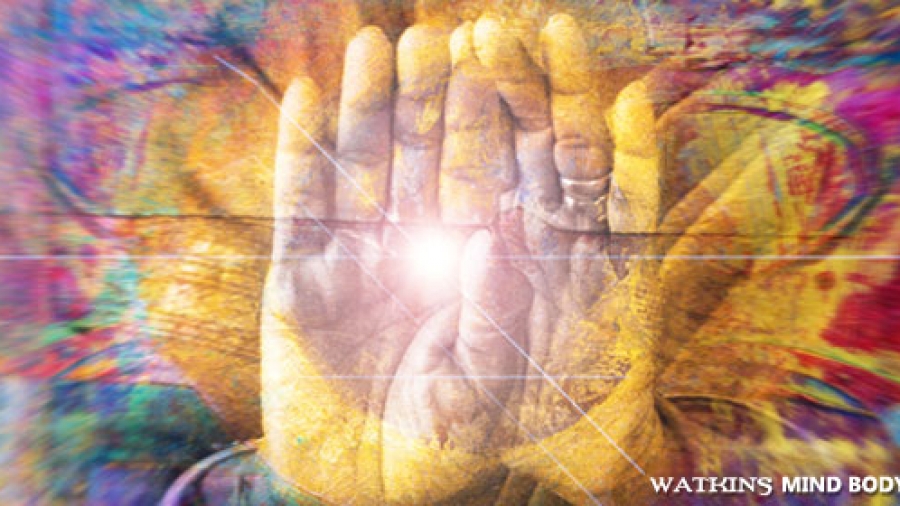 by watkinsbooks
with 10 comments
Yoga and Meditation

Laura Surico is a Reiki Master and energy healer who wanted to share her healing story with our readers.

[dropcap]I[/dropcap] was diagnosed in November with a high grade brain tumour that was swollen and bleeding. I had suffered from headaches for the past few months but was given antibiotics for sinusitis by two doctors. I went to the Accident and Emergency department after being sick and not being able to see out of my left eye. My results were sent to Salford Neurology department. I was told by the surgeon I would need surgery to remove the majority of the tumour and for a biopsy to be taken. Following this I would need to have treatment of radiotherapy and possibly chemotherapy.  After receiving this news I had a seizure and suffered with anxiety and panic attacks.

A nurse told me in private about healing that her husband had received after being diagnosed with cancer and was now recovering. I had read about similar healing two years earlier in a book by Dr Wayne Dyer. A photograph was taken of me dressed in white and sent to Brazil with my diagnosis. Later that night I had a dream that a large and powerful figure was holding my thumbs. The blurriness in my left eye had disappeared and I could see.

The following day I had to sign the documents that outlined all the potential threats to my health, including loss of life. Whilst lying in the hospital bed I felt like I was in a state of despair. I couldn’t stop the tears that were flowing from me, I lay crying as quietly as I could but I knew I wasn’t silent. I felt like I was going mad. I was eventually prescribed diazepam to help to calm me down and so I could get some sleep.

I received the distance healing the same day as my brain surgery. I focussed intensely on healing myself with Reiki and allowing for healing to take place. It was a very bizarre day with wild winds howling and screeching through the hospital wards I could sense the energy was being sent to me.

On my return from hospital I dedicated my time to my health and healing work. I had a tremendous feeling of love and compassion within me and each word I spoke had the same energy flowing from me.

Two weeks later, on Christmas Eve I returned to the hospital for my results.  I knew I had to prepare myself and to be in a positive frame of mind in order to receive positive results. I firmly believe in the law of attraction and knew I had to be positive. Louise Hay healed herself from cancer along with many other people so I knew all I had to do was believe. And I did!

The surgeon told me that it was fantastic news and it was very rare for her to give such good news.  I was told that it wasn’t cancerous and I wouldn’t need radiotherapy or chemotherapy. The surgeon and nurses were in disbelief and had the biopsy checked by 3 different pathologists. They were so thrilled with the news, as I was. I knew how this had happened I felt it deep within my soul and I knew I was healed. This miracle was through all the love and support around me, from my own healing and dedication to my health, and of course through the very special distant healing from John of God and the Entities. I am a living miracle and so grateful and happy for my health, the best Christmas present I could have ever have asked for!