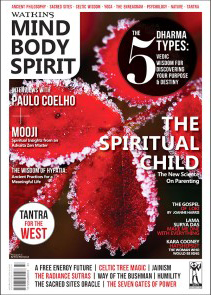 [dropcap]H[/dropcap]ncient civilization rarely suffered a woman to rule. In all antiquity, history records only one woman who successfully calculated a systematic rise to power during a time of peace: Hatshepsut, an Egyptian king of the Eighteenth Dynasty who ruled during the fifteenth century BC. It is not precise to call Hatshepsut a queen, despite the English understanding of the word. In the ancient Egyptian language, the word queen only existed in relation to a man, as the “king’s woman.” Once crowned, Hatshepsut served no man.

Hatshepsut’s legacy includes her temples, such as the tiered mortuary at Deir el Bahri—hieroglyphic texts on the structure were first translated in the nineteenth century, revealing the substance of her reign—and her red-quartzite sanctuary from Karnak. Her statuary reveals the essential duality of her reign: some show her as a woman, others as a man. Her story must be pieced together from thousands of broken fragments—a scattered portrait of human life. Egyptology reveals the trappings of kingship, but it is very hard to locate the king.

Hatshepsut was around twenty years old when she methodically consolidated power and catapulted into the highest office in the land. During the Eighteenth Dynasty, the Egyptian empire experienced a renaissance. It was Hatshepsut who began to transform the grandest temple complexes from mud brick to stone, thus promoting each temple’s continued growth, as future kings made their mark on the sacred. Karnak saw structures in sandstone for the first time, where she added no less than two pairs of red granite obelisks, miracles of human ingenuity and energy. Hatshepsut achieved this in Egypt, where the very theological tenants of royal power stood against a woman claiming such a position—and where after her death the success of her reign could well be the reason that many of her images and name were subject to annihilation.

According to Nineteenth and Twentieth Dynasty documents, royal women could only marry within the boundaries of the palace itself. When Hatshepsut’s father Thutmose I died, she became chief wife to Thutmose II, her own half-brother, at around the age of twelve. The result of this marriage was at least one daughter, a girl named Neferure. Hatshepsut was denied the son that would have continued her family’s dynasty, and this would define the rest of her life, as Thutmose II died, leaving a very young heir from one of his lesser wives.

Thutmose III, an infant, suddenly sat upon the throne of Egypt, not expected to live long given the high rate of infant mortality. In Egypt, the king’s regent, who oversaw the affairs of state while the young king came of age, was normally his own mother, a woman who could have no formal ambitions for herself without harming her own son’s best interests. In the case of Thutmose III, however, the mother seems to have been an inappropriate regent. Hatshepsut saw an opportunity: she was the highest born woman in the royal family. At around sixteen, she ruled unofficially on behalf of a mere toddler king. Soon, she would formally take the throne. For over twenty years, she would rule unmolested, but she never ruled alone. Thutmose III was not her child, but it seems that she safeguarded him for future rule. Astoundingly, she transformed herself into a kind of king’s father, a senior king who fostered the education of her royal ward. Whenever she depicted herself in the presence of her co-king, she often took the senior position.

During the next years as regent, Hatshepsut systematically cemented her path to the kingship. One of her first steps was to gain a throne name, a move that may very well have stunned some officials and nobles, because no Egyptian woman had ever assumed such an honorific without claiming the kingship first. She received the name Maatkare, ‘Truth is the Soul of the sun god Re’, a claim that reinforced her royal power as divinely ordained.

Egyptian politics were nothing if not religious and conservative; Hatshepsut needed to take her time and exercise patience in order to create an ironclad image of kingship as the divine will of the gods. With only temple reliefs to consult, the reasons for this massive political move remain cloaked. From the very beginning, Hatshepsut must have known that her femininity was a problem, and she had to erase the most obvious aspects of her womanly self.

Egyptian kingship was inherently masculine; religious texts clearly link masculine sexual potency with transformation. As she aged, Hatshepsut embarked upon a premeditated and careful ideological transformation of her feminine self. Early statuary and imagery show her as a woman in a dress, breasts clearly visible, but also wearing masculine kingly regalia. One statue depicts her wearing not a dress but only a kilt to cover her lower body. Her naked upper body betrays the narrow shoulders and feminine breasts that were a natural characteristic of her sex, and the statue is shocking in its suggestion that Hatshepsut may have actually taken part in religious rituals in this state of undress, breasts clearly visible for all to see. By the time of her death, her mortuary temple included dozens of statues of her as a muscular, masculine ruler, presenting offerings to the god Amun.

In many ways, Hatshepsut’s unconventional kingship was an exercise in conformity. She fit herself into the patterns of kingship with which she had grown up, at least those in which a woman could conceivably participate. Perhaps the removal of her names and images from Egypt’s monuments some twenty years after her death is an indicator of her success as king, because even after death she could threaten her successors. The Egyptian system of political-religious power simply continued to work for the benefit of male dynasty. Hatshepsut’s kingship was a fantastic and unbelievable aberration. Her rule was perceived as a complication by later rulers that the two kings who ruled after her reconciled only through the destruction of her public monuments.

Kara Cooney is an associate professor of Egyptian art and architecture at UCLA in the Department of Near Eastern Languages and Cultures. In 2005, she was co-curator of Tutankhamun and the Golden Age of the Pharaohs at the Los Angeles County Museum of Art. Cooney produced a comparative archaeology series entitled Out of Egypt, which aired on the Discovery Channel and is streaming on Netflix. www.karacooney.com

Kara Cooney
The Woman Who Would Be King: Hatshepsut’s Rise to Power in Ancient Egypt
Oneworld Publications
£9.99, Available from Watkins Books