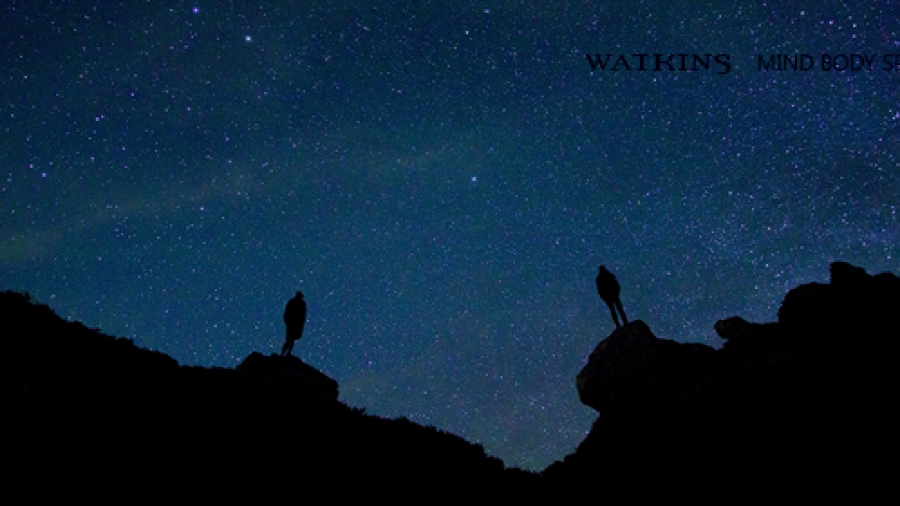 ‘Gnosis’ we know is the ancient Greek word for ‘knowledge’, but the spiritual or esoteric meaning is not what is ordinarily meant by knowledge but something deeper and vaster than that, a perception of the inner nature of the Universe as a Whole, a Living Whole, and how one connects and integrates with it. How one relates organically with its evolution – its spiritual evolution.

This relationship, this involvement, this engagement with the Universe seen and unseen is what the ancient schools calling themselves ‘The Gnostics’ must have meant by the term  ‘Gnosis’, which was the object of their activity. It is clear that this was transcendental knowledge, only to be attained by special education and effort. Only thus could man escape from the prison of ‘normality’ which he unconsciously inhabits.

For regretfully the normal condition of man, according to the Gnostic is one of ‘agnoia’ or ignorant sleep, a state into which he has fallen unconscious of his origin, identity and destiny. He has become hypnotised by the world, and suffers from a kind of amnesia. He has to awake and return to himself – his true self, and re-unite with the Universe and its Creator. The Gnostics called this state ‘The Reunion’. It is significant that the Sufi teacher and poet Rumi describes Sufism as ‘the effort of man to re-unite with the understanding from which he has been cut off.’

And in this context it is worth considering the words of Jesus in one of those sayings which, for one reason or another, does not appear in the Bible.

The knowledge that Jesus is referring to must be gnosis.

In fact the word ‘gnosis’ occurs in the original Greek New Testament no less than 19 times. But Christianity as it is generally understood, or misunderstood, has settled for belief rather than knowledge. In fact it doesn’t believe in knowledge!

It was not always like this. Listen to Paul in his First Letter to the Corinthians:

And again in his Letter to the Ephesians :

“That ye being rooted and grounded may be able to comprehend with all saints what is the breadth and length, and depth and height.”

Here Paul is clearly indicating that he is aware of the possibility for man of another, higher mode of consciousness in which he can perceive and be connected with other dimensions of the Universe than the one he is, or thinks he is, familiar with. One name for this state is, of course, gnosis.

In the previous statement he speaks of: “the wisdom of God, mysterious and hidden, which was foreordained by God before all ages for our glory…”

Here he concurs with the later insight of the Gnostic teacher Valentinus when he says in his Gospel of Truth, circa 170 A.D.:

“The Father, who withholds within Himself their completeness,

Gives it to them as a return to Himself, and a Gnosis.”

Both Paul and Valentinus, the latter claiming access to an inner Christian tradition, see human     growth in terms of the claiming of an inheritance, the receiving of a ‘withheld’ Birthright.

“Seek, and ye shall receive a return,” said Jesus according to the Gnostics and Valentinus explains, “This return is called change of consciousness,”  and that “in the reunion each one shall receive himself.”

We recall the story of a certain prodigal who ‘having journeyed into a far country, and there wasted his substance, finally ‘came to himself’ and returned to his father.’ (Luke 15) Interestingly, Tyndale’s earlier translation is: “Then he remembered hymsilfe…” — Particularly with regard to Gurdjieff’s teaching.

The significant point in all this is that wisdom – gnosis – is not something that is acquired in the usual sense, as what we normally regard as knowledge, but received, and entered. One must become part of the very texture of what already exists as a Whole. One grows in wisdom as one grows into wisdom. As a plant grows in sunlight. But one must be open to it. Then verily ‘It is the Dayspring from on High that visits us.’

In other words, there is a Track or rather tracks through and into the Universe that await us. A track for each one of us. And help available to find and follow it. ‘Seek, and you shall be found,’ say the Sufis.

Which brings us to the necessity of having the being able to bear the knowledge. They must be organically connected. Which is best expressed as ‘being-knowledge’. As a man is, so he knows. To know more he must be more. He must develop himself. This is a sine qua non. As Jesus puts it, “You cannot put new wine into old bottles.”

This brings us to the subject of freedom. Freedom has been much extolled – in effect as an end in itself. But freedom is not an end but a means. To something. So you’re free! What for? That is the question. Freedom for freedom’s sake is obviously a vacuity. Freedom is not a value in itself – but a vehicle for the creation of value. It is a medium for the growth of being. It provides inner space for the development of being, the being that is the bearer of knowledge. The knowledge that man needs to be truly man. As the Sufis say: ‘It is better to bind one free man with knowledge than to release a thousand slaves.’

Strangely therefore the purpose of freedom is responsibility. Freely undertaken responsibility – a result of free choice. Responsibility to what? To the Universe. To God, ‘Whose Service is Perfect Freedom’. And thus to oneself. D.H. Lawrence once said: “Thank God I’m not free, any more than a rooted tree is free.”

The objective could well be described as freedom from freedom.

Nevertheless, if we are in prison we have to escape. So the first aim, is freedom. But we cannot have freedom unless we know how to escape. Which means freedom itself depends on gnosis. The gnosis of the teacher. And the escape-knowledge he imparts to, and is learnt by, the pupil.

Now what can we say about the nature of the intelligence that is called gnosis? From all accounts it is intuitional. The Sufis call it “direct perception”. It may be related to what we normally describe as intuition. But it is a highly and deeply developed intuition. Of a different order of magnitude. Like a fire to a spark. It connects one’s consciousness with the Cosmic Plan. It enables one to participate in the Pattern.

That Pattern is moving, and so the comprehension that relates to it must be moving too. Thus it may be better to describe gnosis as a knowing, a constantly shifting knowing, rather than knowledge, which tends to imply something static. Though undoubtedly there are things which can be called eternal truths. So perhaps gnosis is best thought of as having both dynamic and static elements.

One could perhaps think in terms of an ‘organ’ of gnosis deep within us which has to be activated and developed, which is a touchstone and inner compass to what is Right in every sense of the word, ethical, spiritual and evolutionary in a given situation. A touchstone of how to relate properly to the Cosmic context. An immediate perception of the essence of a situation and how to be and what to do in it in order to serve mankind, the Universe, and oneself. This might well be what was called the Philosopher’s Stone.

But we each have our own Philosopher’s Stone. Subsumed though it might be within a greater one. We must discover, uncover and polish it – till it scintillates with our unique, irreplaceable, individuality. Gnosis is also ‘Knowing Yourself’ we have been told. Self-realisation is another way of describing it. No matter how vast the Universe, the individual matters. The closer we are to God, the closer we are to our selves.

We each have our own special contribution to offer to the Cosmos. This is what makes Life so interesting. Interesting also surely for God – the Ultimate Individual! The Creator of a wondrously variegated Universe, iridescent with individualities.

About the author: Max Gorman was born in Karachi, India. Educated at Convent in the Himalayas, then Lawrence School, Mount Abu, and privately by a hermit in a ruin in the jungle near Delhi. Thence to Rugby (avoided game but became Head of Table Tennis due to unusual back-hand flick). Went to Oxford, mystic rather than academic, to read Poetry under guise of History. Became wandering tutor to sons of owners of Scottish Castles and English mansions. Almost appointed tutor to Elizabeth Taylor (Burton intervened). Returned to Oxford to ‘teach’ (one can only catch it) literature to young women and men. Took up post of Tutor in Environmental Ethics at the Extramural Department of the University. Moved to the fair city of Brighton to work at the Friends Adult Education Centre as tutor in Mystical Studies and Early Christianity. Held Seminars in developmental philosophy at the University of Brighton, and the University of Sussex.