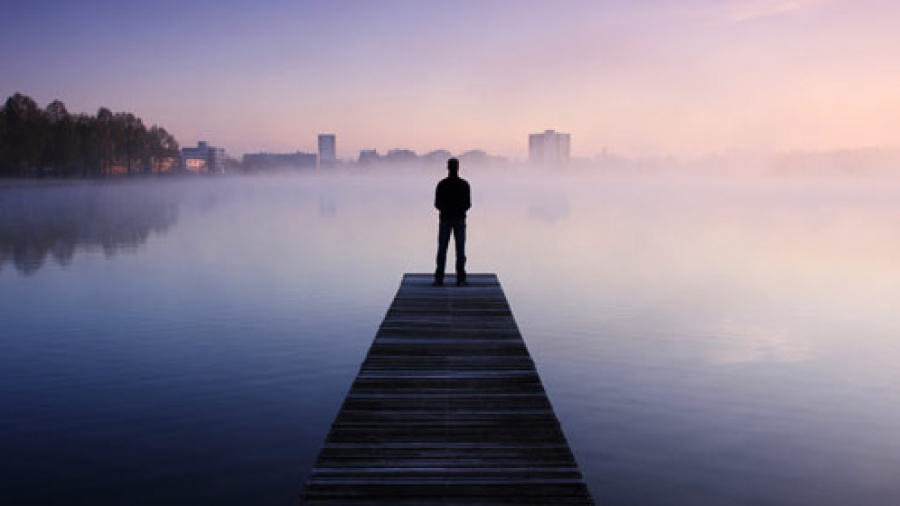 It is remarkable how atheism is becoming fashionable in England. It has become almost compulsory to say that one does not believe in God, if one is to stay abreast of fashion. It is equally remarkable that very few people have any idea of what great spiritual teachers have said about God. Their knowledge of God is confined to a few stereotypical ideas about an invisible person living just outside the universe who interferes in it from time to time, and who long ago dictated a few ethical commands to groups of nomadic peasants, commands which can now be seen to be thoroughly irrational and obsolete.

What our culture seems to have lost is any sense of a spiritual dimension to life, and any sense that there is more to reality than collections of physical particles accidentally arranged in complicated patterns. If sensible people are to counter this lack of awareness, we do not need ‘proofs of God’ or defensive assertions of some rigid orthodoxy. We need to learn again the roots of spiritual perception, and the sense of the sacred that permeates human experience, if only we would attend to it.

What I have tried to do in my book God: A Guide for the Perplexed, is to explore the ways in which the word ‘God’ has been used by some of the greatest writers on spirituality to articulate or express perceptions of the spiritual dimension of life. The word ‘God’ has an intellectual history. It moves from Greek polytheism to the deeply apophatic teachings of the great mystics, from taboos and rituals to the apprehension of what Dante called ‘the love that moves the sun and other stars’, from the changeless and eternal being of medieval theology to the self-realising Absolute of German Idealism, and from intellectual belief in an intelligent designer of the universe to a passionate commitment to the ultimate goodness of being. In the book, I try to outline and discuss these ideas in their historical context.

This has been a historical process, and I am not implying that human interpretations of reality always got better. There have also been some horrifying uses of ‘God’ to repress thought and freedom. But, by examining what philosophers like Plato, Augustine, Aquinas, Kant, Hegel, and Whitehead have written, I have tried to show that there has always been a strong and wholly reasonable defence of a spiritual view of the world. The term ‘God’ has been used to express that view in a number of related but rather different ways.

The whole point is that this has not been an abstractly intellectual process, and I have wanted to pay close attention to the writing of poets and mystics, too. I have also wanted to do it in a sometimes rather light-hearted way – not because the subject is funny peculiar, but because the human mind is such a small and petty thing to really understand the deep truths of the spiritual realm. Humour seems appropriate when our best efforts at understanding are often so shallow.

GOD: A Guide for the Perplexed by Keith Ward, published by Oneworld, paperback (272 pages).

The title of the book comes from the medieval Jewish thinker Maimonides and, like his book of that title, mine does not claim to lead people out of their perplexity. Actually, it aims to make them more perplexed than ever, but to see that if you do not get perplexed about ultimate reality, you just have not thought deeply enough about it. The point is to make perplexity positive. That is, to see it as leading to insights that cannot be easily expressed, and that in reality lie beyond the boundaries of human language, but that have the power to change human lives.

The change is one of moving from thinking that we understand everything clearly, and we have it all taped. The fashionable view that we are made of nothing but physical particles is a good example of this delusion. Human mind and consciousness is, and will always be, a mystery in the sense that we will never comprehend it fully in any human language. But we know enough to realise that perceptions, thoughts, images and feelings, cannot be accounted for in purely physical terms, and they lead us into a world of spirit, of non-physical truths and realities that are to be apprehended non-conceptually.

There are many ways of apprehending spiritual realities, and we have to use symbols and images to evoke and express such apprehensions. ‘God’ is only one of these symbols, and for some people the word carries so many negative connotations that it can no longer be helpfully used (for instance, if it leads you to think of a male tyrant and manipulator of everything). A study of the history of thought about God will show that this would be a great misunderstanding of what philosophers and spiritual writers have usually sought to convey. ‘God’, I suggest, is a rather complex concept one of the main functions of which is to unite and integrate many different forms of spiritual perception under one central idea – though without depriving them of their force.

My own conception of God is to think of God as a self-existent reality of supreme beauty, from which the physical world flows as a sort of ‘overflow’ or ‘self-expressive manifestation’. The destiny of beings in the physical world is to realise distinctive values that their unique lives make possible, and ultimately to return to their source in the One Real, without abandoning their selfhood. You may well recognise this as a blend of the ‘Qualified Non-dualism’ of the Indian sage Ramanuja with a more typically Abrahamic idea of an ultimate moral goal for the universe. It is an idea which may be maintained in many religious paths, though I belong to one version of the Christian path, which takes Christ to be an earthly (and obviously very partial, though genuine) manifestation of the One Real.

The book is not an attempt to get everyone to take my view at all. It is rather an attempt to outline what major thinkers in history have said about ‘God’, and thereby to counter the over-simplified and naive views of some modern atheists, and to remind theists of the richness, diversity, and complexity of the idea of the God they believe in. It is meant to be a guide to living with perplexity, or perhaps I should say, to living with mystery. For Spirit is the ultimate mystery, and yet it transforms the way we see the whole of our human experience in this transitory and ephemeral world. I hope that if such a view became widely accepted, it would help to increase tolerance between religions, better understanding of what religion is really about, and friendship between people who walk in different paths of faith. Is such a hope realistic? Well, as Plato once said about a perfectly just society, at least each of us can make it a little bit more realistic in our own lives.

Keith Ward is Professorial Research Fellow at Heythrop College, London University. He is a Fellow of the British Academy. He was formerly Professor of the History and Philosophy of Religion at King’s College, London, Regius Professor of Divinity at Oxford University, and a member of the executive council of the Royal Institute of Philosophy. www.keithward.org.uk