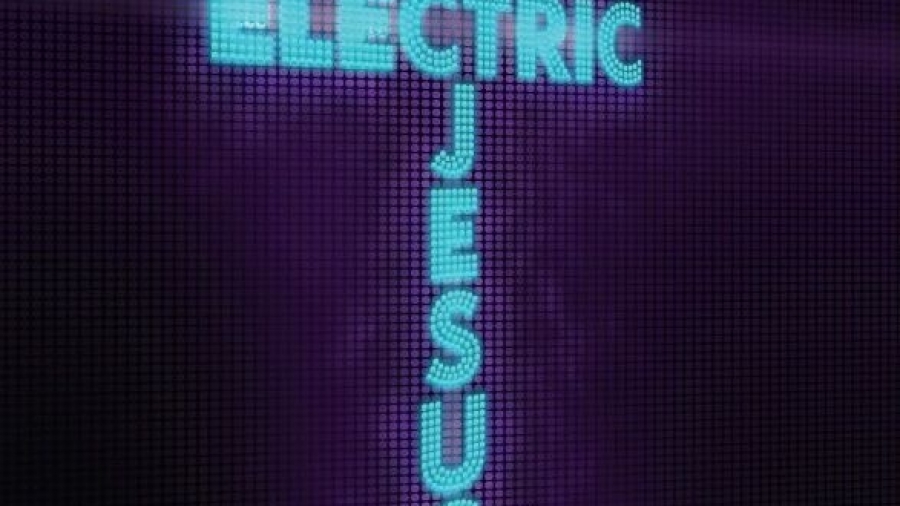 In December 1945, during the tail end of the most devastating war in human history, a peasant named Mohammed Ali of the al-Samman clan stumbled upon an earthenware jar near limestone caves in the deserts of Upper Egypt.  He feared an evil genie resided inside, but hoping for lost riches, he still opened the jar.  To his disappointment, twelve ragged leather-bound codices fell onto the ground.  He didn’t realize these 1,200 weathered pages contained dozens of ancient Christian gospels (The Nag Hammadi Library), which had been hidden away for 1,600 years.

THE ELECTRIC JESUS: The Healing Journey of a Contemporary Gnostic by Jonathan Talat Phillips (Introduction by Graham Hancock), available from Watkins

These fifty-two texts, with titles like The Gospel of Thomas, Secret James, The Gospel of Mary, and The Sophia of Jesus, revealed that first-through-fourth century Christianity was much more varied than previously thought, comprised of diverse sects claiming “secret knowledge” of heavenly realms.  Modern scholars now label these texts as “Gnostic,” since they lay out an initiatory process for candidates to overcome the “forgetfulness,” “drunkenness,” and “sleep” of the illusory world in order to access gnosis, direct experience of a divine reality.

The Nag Hammadi Library supported the popular theory that Christianity stemmed from the ancient mystery school traditions of the Mediterranean, which featured an initiatory process highlighted in the revered “dying and resurrecting godmen” of these traditions.  In Egypt they worshipped Osiris; in Asia Minor, Attis; in Persia (and later Rome), Mithras; and in Israel, Jesus.  But rather than rejoicing in their similarities, “literalist” Christian leaders — those who had not experienced the secret gnosis of the mysteries — created dams between the diverse spiritual streams that originally flowed from the same mystical source. The parallels between Mithras and Jesus threatened the emerging “Literalist Church.”  Roman bishops such as Justin Martyr, Tertullian, and Irenaeus even made the absurd claim that the devil had engaged in “diabolical mimicry,” “plagiarizing by anticipation” the story of Jesus before it had actually happened.

The Golden Bough’s James Frazier noted a similar contention between Attis, the mystery god from Asia Minor, and Jesus. “In point of fact it appears from the testimony of an anonymous Christian, who wrote in the fourth century of our era, that Christians and pagans alike were struck by the remarkable coincidence between the death and resurrection of their respective deities, and that the coincidence formed a theme of bitter controversy between the adherents of the rival religions, the pagans contending that the resurrection of Christ was a spurious imitation of the resurrection of Attis, and the Christians asserting with equal warmth that the resurrection of Attis was a diabolical counterfeit of Christ.” [Sir James George Frazier, The Golden Bough (New York: Macmillan, 1992), chapter 37.]

The rites of the various mystery schools provided a rare alchemical education for initiates, unifying spiritual energy (pneuma, as the early Christians called it).  In the words of The Gospel of Philip, “The Lord did everything in a mystery, a baptism and a chrism, and a eucharist and a redemption and a bridal chamber. […] he said, ‘I came to make the things below like the things above, and the things outside like the things inside.  I came to unite them in the place.’”

As a Reiki energy healer, I found myself inevitably drawn to early Christians’ utilization of pneuma for personal transformation.  Jesus baptizes with “fire and spirit,” heals with “power,” and transmits wisdom to his disciples through the “bubbling spring” drawn from a higher source.  The purpose of these schools was to create Pneumatics, people full of spiritual energy.  Perhaps that’s why the study of the Holy Spirit is called pneumatology.  In the Gospel of Thomas, Jesus announces to his disciples, “Whoever drinks from my mouth will become like me; I myself shall become that person, and the hidden things will be revealed to him.”

Even common Christian terms revealed clues to this ancient transformational process.  The Greek word for “sin,” hamartia, was an archery term meaning “missing the mark.”  It lacked guilt and simply indicated when seekers strayed from their path and needed to get back on course.   Repent (metanoia) meant to “change one’s mind” or “have a shift in consciousness,” which can occur when absorbing higher frequencies from someone connected to source-energy, like Jesus.  Most surprisingly, Christ was not our Lord and “savior,” but rather “soter,” meaning “healer,” or “one who makes whole.”

I couldn’t help wonder what happened to the original meanings of these words, as well as the numerous Gnostic churches that had proliferated in the Middle East.  When the Romans destroyed Jerusalem and its Second Temple in 70 AD after the Jewish revolt, they left one-third of the population dead, and the Christian mysteries fractured into pieces.  Members joined the mass exodus out of the country.  Those who hadn’t been exposed to the inner mysteries started up literalist churches.  The remaining Gnostics called these rigid sects “imitation churches” as they did not teach the gnosis of “Christ within.”

According to the Apocalypse of Peter, literalist church fathers were “waterless canals” bereft of consciousness-expanding pneuma, who arrogantly claimed to be the sole gatekeepers of heaven.  “Some who do not understand mystery speak of things which they do not understand, but they will boast that the mystery of truth is theirs alone.”  These “empty” churches sprouted up across the Roman Empire.  In a sad touch of historical irony, their leaders, like the infamous Bishop Irenaeus, became heretic hunters attacking those who still carried the inner teachings of their religion.  “We were hated and persecuted, not only by those who are ignorant, but also by those who think they are advancing the name of Christ, since they were unknowingly empty, not knowing who they are.” (The Second Treatise of the Great Seth).

As the number of Christians multiplied in Roman lands, power-hungry Constantine switched the state religion to co-opt this growing movement, uniting Rome under “one God, one religion,” and incidentally, one emperor.  In 325 he oversaw the Council of Nicaea, where church fathers reduced the vast Christian library to a few documents that we call The New Testament.

In 391 Emperor Theodosius passed an edict to close all “pagan” temples and burn their books.  Christian hordes set out on murderous rampages across the empire smashing all traces of the mystery traditions from which their religion had blossomed.  They killed off the Gnostic circles, including their scrolls and the flame of gnosis that had been passed down throughout the ages.  By 410 AD, the Roman Empire had nearly torn itself apart and the Visigoths strolled in to finish the job.  Only 85 years after the Council of Nicaea, the Dark Ages had begun.

Today, millions of people are still being misled by forms of literalist Christianity, robbed of their own divine spark.  I’m hoping for Protestant Revolution 2.0.  Imagine already established churches, the ones on your block, enhancing their services with meditation, breathwork, yoga, energy healing, and other consciousness-expanding practices.  Why build entirely new systems for connecting us to pneuma when the institutions have already been created?  But many of these “waterless” religions would have to give up their addiction to dominating worshippers, address the evolution of spirit, and infuse the essence of the mysteries into their structures. Fortunately, there are a number of progressive churches leading the way, as they re-harmonize with the energies and cycles of nature, respect the universality of the Gnostic experience, while honoring the vast healing light that quietly connects us all.

About the Author: Jonathan Talat Phillips is the co-founder of the web-magazine Reality Sandwich and Evolver.net, coordinating 40 regional Evolver groups.  He is a Reiki Master and Bioenergetic Practitioner. For more information, see his website: TalatHealing.com