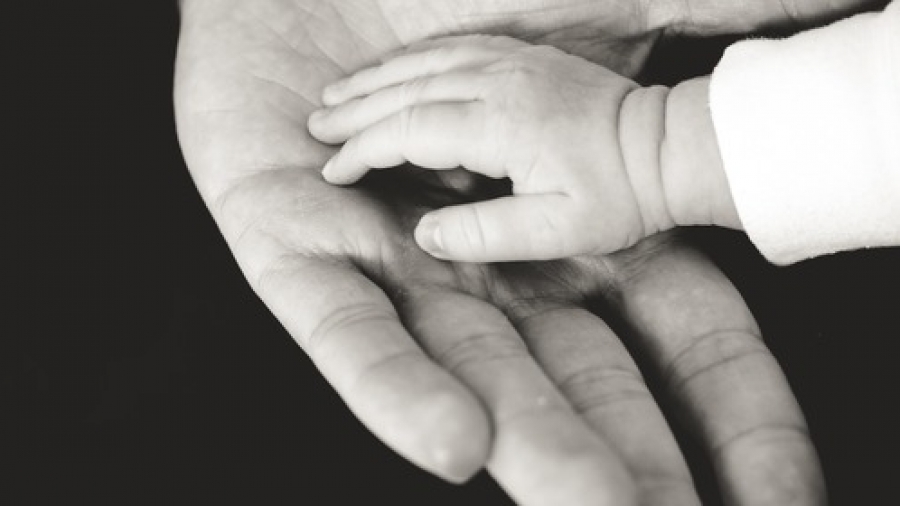 Dr. Barbara Mango received her MA and Ph.D. in Metaphysics from the American Institute of
Holistic Theology. One of the most powerfully transformative encounters of Barbara’s life occurred as she remained at her father’s side while he lay dying of cancer. Her father’s story, along with many others’, are featured in Penny Sartori and Kelly Walsh upcoming book The Transformative Power of Near-Death Experiences.

One of the most powerfully transformative encounters of my life occurred as I sat with my father as he lay dying of terminal cancer. During the last weeks of his life he underwent an extraordinary series of experiences, known as NDA, or Nearing-Death Awareness (NDA). NDAs are frequently termed death-bed visions, which typically occur in the last days, hours, or minutes before death. In a death-bed vision, spirits of loved ones appear to the dying individual in order to escort him/her to the other side. As in my father’s case, however, NDAs may occur weeks before death, or as one enters the dying process.

As individuals approach death, they frequently develop expanded awareness, and have remarkable spiritual experiences which bear distinct parallels to NDEs (Near-Death Experiences). In fact, during the dying process, people can drift from this reality into another and back with relative ease. Their attempts to share the wonders of these experiences through words or behaviors are often thwarted by our lack of understanding of the symbolic language they use. For example, one morning my father excitedly shared a vision he’d had:

Earlier this morning I saw a being, not a person. It definitely was not a human being. Together we hovered above the foot of my bed. We were looking down at myself on the bed. This being of light told me a party was going to be given in my honour, and I was to be the special guest.

Sadly, friends and family often dismiss this type of figurative language and instead, label it the ‘ramblings’ of a dying mind or drug induced hallucinations. However, I understood exactly what dad was trying to communicate: “My loved ones are waiting to celebrate my homecoming!” Unfortunately, other family members insisted he was hallucinating, agitated, and required sedation. It is important to stress that not only was my father not on medication, he was completely lucid. He engaged in conversations with colleagues, family, visitors and even the plumber!

This lack of understand was frustrating and extremely stressful for dad. However, it is through dialogue rich with imagery that the dying communicate with us. Deciphering this seemingly mysterious language requires listening with our hearts, rather than logic. Messages of the dying typically describe what they are actually experiencing. If we truly listen, we can share in the journey of our loved one’s dying process, while simultaneously, helping to facilitate a peaceful, comforting, and reassuring transition.

Dad had always described himself an “atheistic Jew.” He believed death was THE END, period; no afterlife whatsoever, only an eternal, deep and dreamless sleep. Throughout his lifetime he remained absolutely unafraid of death. Because of this, we were able to openly talk about aspects of dying, the after-life, and his wonderment of ‘hovering’ between the physical and non-physical worlds.

We recalled special moments, memories, and expressed our love for one another. Although he had hurt and let me down many times throughout my life, I was able to see past these imperfections, to the beautiful, spiritually perfect being he truly was. None of us, while in physical incarnation, understand our life’s ‘grand’ plan or purpose. By being able to share in my father’s NDA, I was able to let go of any judgement I may have felt about how he lived his life.

Being by my father’s side during his final weeks on earth was alternately heart-breaking, overwhelming, and both mentally and emotionally draining. However, it was without question, the most loving, gentle, and transcendent experience of my life-a profound gift. I always loved my father, yet now, my love was deeper. We were able to forge a stronger, more honest, and meaningful relationship during the last weeks of his life. Dad developed expanded spiritual awareness, and was deeply comforted by the transcendent nature of his journey. I equate my father’s NDA to peeling an onion. Each layer represents an aspect of ego. As one peels away the seemingly endless layers, the inner core, or soul, is finally exposed. The simple, yet most powerful gift I gave my father, was being at his side to listen, understand, and reassure him during his NDA experience.