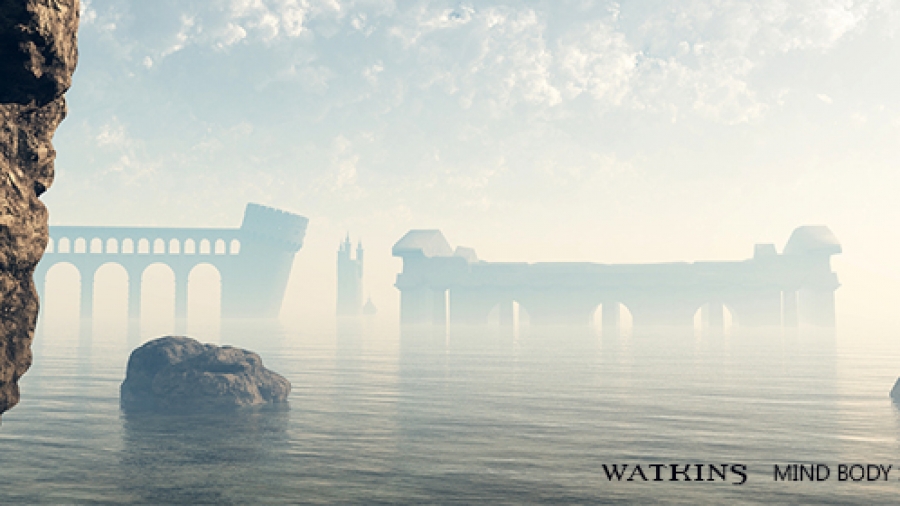 “[dropcap]D[/dropcap]id you hear, they’ve found Atlantis on the Spanish coast, outside the Pillars of Hercules, just as Plato said!”
I’m afraid I didn’t show much excitement when several people broke this news to me earlier this year. “Thank you. That makes thirty-one places, by my count, where they’ve found Plato’s Atlantis,” I replied.
Of course it’s always exciting when ancient sites are discovered and the vista of the prehistoric past expands. I like to hear about Gobekli Tepe, the Balkan and Chinese pyramids, Kennewick Man, the Hobbits of Flores, and so on. The New Archaeology pioneered by John Anthony West, Graham Hancock, Robert Bauval and Robert Schoch is a tonic for the imagination. So is the Atlantis myth in its broader meaning, which is that cultures have risen and fallen long before our own. This in turn invites a cyclical view of history, with large-scale waves like the Four Ages of classical mythology or the Hindu Yugas, and their implications for our own epoch.
Atlantis and the Cycles of Time is a study of this myth. It begins by surveying the thirty or so claimants to Plato’s Atlantis, including those that locate it Everywhere (as a global seafaring culture) or Nowhere (as a mathematical, musical, or cosmogonic allegory). The book continues with a comprehensive treatment of occult Atlantology, dividing it along the distinct national schools of France, Germany, and Britain. Their relationship to occultist and political currents in the nineteenth and twentieth centuries is fascinating but somewhat disillusioning. The Atlantis myth, rather like the Christian one, often serves earthly agendas masquerading as spiritual aspirations. For instance, in the period of the two World Wars the German Atlantologists drew on the myth to support their racial theories, while the British identified with the white magicians of Atlantis in their last stand against the dark forces. Consequently in today’s Germany Atlantis carries a negative connotation, whereas in Britain it goes comfortably with stone circles, ley lines, Glastonbury, and the New Age.

The central clearing-house of modern Atlantology was the Theosophical Society. H. P. Blavatsky, following her occult instructors, set out a scheme of “Root Races” that placed the Atlantean race after the Lemurian and before the Aryan (that of present humanity). After Blavatsky’s death in 1891, curiosity about the details was satisfied by a number of clairvoyants who claimed to be able to travel back into the past and report as eye-witnesses. The most influential were Charles Leadbeater, who with Annie Besant reoriented the Theosophical Society, and Rudolf Steiner, who left it to found Anthroposophy. Their clairvoyant information agreed in broad lines with Blavatsky’s Root Races; both saw the Atlantean epoch as the crucial one in which humanity attained its present physical form and faced the consequent problems and choices.

Effect of axial tilt or polar wandering. The destruction of Atlantis is often attributed to a shifting of earth’s poles or reorientation of its axis. See my previous book, Arktos: The Polar Myth in Science, Symbolism, and Nazi Survival (Thames & Hudson/Phanes Press/Adventures Unlimited).

Polar or far northern location of early civilization or races. Another Arktos theme, which contradicts the scientific theory that human origins lie in Africa.

Different origins for the differently-coloured races. This is the theory most widely shared by occult Atlantologists of all nationalities, beginning with Fabre d’Olivet. Again, it disagrees with scientific theory and is politically untenable today, but that is what they all maintain.

Early humans were non-physical. This is in stark contradiction to Darwinian evolution, which denies non-physical realities.

Early humans were sexless. The occult authorities do not agree about when humans divided into male and female, but most of them accept that we started out in some androgynous or sexless condition.

Mating of humans with higher and lower beings. Higher beings brings in the biblical myth of humans interbreeding with angels or “sons of God.” In Blavatskian Theosophy there is a more subtle and complex account of how the angelic and physical ancestries combined to make us what we are. As for lower beings, there is a pervasive theme of humans having intercourse with apes or some other animals, and of this as a main cause of Atlantis’s decline and fall.

A post-Atlantean centre in the Gobi desert. The story is that before the last destruction of Atlantis, a pioneer group under initiate leadership had established a new centre of civilization by the inland sea that is now the Gobi desert. The present Root-Race began there.

The moon has periodically fallen on the earth. This comes from the World Ice Theory of Hans Hoerbiger. It is not part of Theosophy, nor of Anthroposophy (for which, on the contrary, the moon was exuded from the earth), but both French and German Atlantologists favour it. In the 1940s and 1950s, Faber & Faber published a number of books by Denis Saurat and H. S. Bellamy promoting the Hoerbiger doctrine: a strange episode in publishing history.

When we come to accounts of the Atlanteans themselves, we find several areas of agreement:

Atlanteans were sun worshippers. Virtually everyone confirms this.

Atlanteans had spiritual or psychic powers. Another point of universal agreement.

Atlanteans had technology unknown today. All sources hold that Atlantean technology was superior to ours, because of their more correct understanding of matter, energy, and the role of human psychic powers. Often some undiscovered power of sound is involved, especially for levitating large stones.

The Great Pyramid is Atlantean. The dates given for the Giza Pyramids vary greatly in the occult literature, but there is always a close connection of Atlantis with Egypt.

Atlantis fell through a misuse of technology. The Atlanteans are invariably blamed for their own destruction, whether by natural or human agency. The suggestion is that our civilization is heading the same way.

Evil forces in Atlantis caused catastrophe. This puts the blame only on the “bad” Atlanteans: black magicians, Brothers of the Shadow, etc.

Atlantis was visited by extraterrestrial beings. Venus is the most favoured origin for these space visitors. Some say they brought wheat and bees to earth.

How is one to treat this information? It does hang together in a remarkable way, though as time goes on, the similarities are ever more explicable through influence. For example, once the Theosophical Atlantis was on the table, anyone interested in the occult would probably know its main tenets through reading or hearsay. The phenomena of mediumship and channeling are still poorly understood, and we cannot always distinguish between input from the medium’s own personality, memory, or unconscious mind and genuine outside information. Even if we accept the latter, there is still the question of its source, reliability, and motivation.

After many years’ immersion in Atlantology, the best course I have found is a willing suspension of belief and disbelief alike. This is not the same thing as scepticism. It is closer to the Socratic principle of becoming aware of one’s own ignorance, and by extension, the likely ignorance of everyone else, including the self-proclaimed experts. Nothing in the sciences that study the past, including their denials, is more than hypothesis. Whatever seers, clairvoyants, or adepts have to offer is merely a likely story. But like all great myths, that of Atlantis is exciting, beautiful, and strikes a chord within all unspoiled natures. Believable or not, it is well worth adding to the furniture of one’s imagination.

Meet the Author: Joscelyn Godwin was born in Kelmscott, Oxfordshire, England in 1945. Educated at Cambridge and Cornell, he is a professor of music at Colgate University and the author, editor, and translator of more than 30 books, including Athanasius Kircher’s Theatre of the World. Known for his translations of the works of Fabre d’Olivet and Julius Evola as well as Francesco Colonna’s Hypnerotomachia Poliphili, he lives in Hamilton, New York.